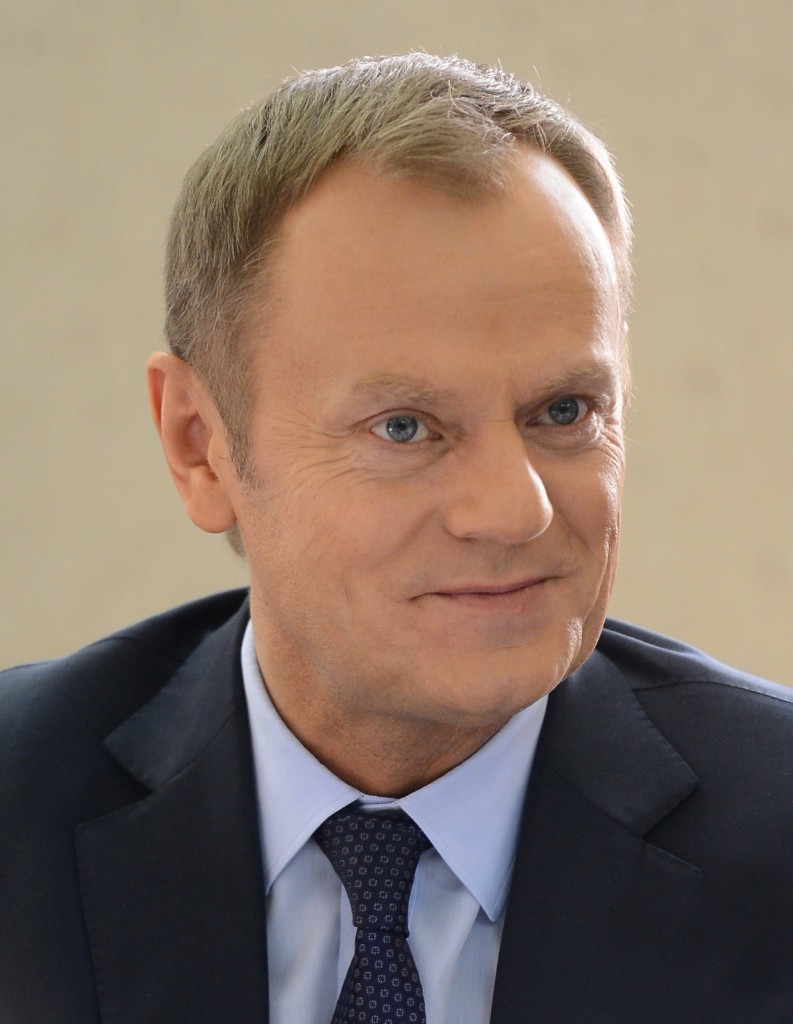 by Łukasz Król and Doru Frantescu

Jarosław Kaczyński, leader of the ruling Law and Justice Party (ECR), recently announced that he might not support Tusk for a second term as the President of the European Council (Tusk’s term ends in June 2017). Is this just a tactical move or will he really go all the way and withdraw support for his political rival?

Law and Justice has long called for deep reforms within the EU, which include a stronger Council, weaker Commission, and more power to individual member states. Prime Minister Beata Szydło recently implied that Tusk is unwilling or unable to push through such reforms, and that he should therefore be replaced with a more suitable candidate. The reality is, however, far more complicated. The Council has gained significant influence during Tusk’s tenure, often at the cost of the Commission. Much of this shift has been rhetorical, with Tusk frequently criticising federalist impulses within the EU. The positions he took on the EU’s future after the Bratislava Summit and the ongoing refugee crisis are sometimes closer to the views of the incumbent Polish government than to general sentiments within the wider EPP Group.

Tusk’s hypothetical replacement would almost certainly embrace a more federalist line, particularly if he/she came from the S&D Group. While the Polish government might not agree with all of Tusk’s leadership decisions and policies, it is difficult to imagine a Council leader that would both fully satisfy Warsaw’s European demands and could realistically be selected by 28 member states, all with different political outlooks and national interests.

Polish criticism of Tusk must therefore be also understood on a domestic level, rather than merely a European one. Law and Justice has long attempted to strongly differentiate itself from its predecessors. It associates the once-governing Civic Platform party, which Tusk used to head, with nepotism, corruption, and mismanagement. It would seem deeply contradictory to back Tusk while simultaneously condemning the system that he is so closely associated with.

Law and Justice could also be motivated by hard political calculations. Poland will face a parliamentary election in 2019 and a presidential one in 2020. Some journalists and opposition members alike suggest that Tusk could seek the Presidency in four years. Law and Justice representatives would have much more time to discredit him and attack his legacy if he returns to Poland next year. The media would, under such a scenario, treat Tusk as yet another ex-Prime Minister and invite him to comment on current affairs rather than centering all opposition-related discussions around him, argues political analyst Marek Kotlarski. He would have a far better chance at framing himself as the leader of the opposition (which is currently disorganised and faces some internal conflicts), if he returns triumphantly from Brussels after two terms at the European Council, with little time to spare ahead of next election, Kotlarski suggests.

Supporting Tusk’s renomination could therefore strengthen Law and Justice on a European level, given their shared disdain of federalist policies, but weaken the party domestically. No formal decision has been made so far, though Kaczyński continues to say that he might withdraw support for Tusk. Still, Poland’s backing need not be decisive: Tusk could still be re-selected as Council President for another term without it.

Law and Justice would like Poland, along with other Visegrad states, to lead a ‘counterrevolution’ within the EU. This could involve a push away from federalist impulses and towards greater decentralisation. Yet, Warsaw currently lacks the political influence needed to persuade others towards such reforms and Council voting data seems to indicate that Poland has become more isolated over the last few months: whereas Poland has been outvoted only 3 times in the EU Council from the mid-2014 to November 2015 (under Civic Platform rule), the Law and Justice government has already been outvoted 4 times over the last few months.

Poland’s government has not only lost influence within the Council since being elected; it was also criticised in two European Parliament resolutions. Such condemnations continue to chip away at Poland’s soft power and seriously undermine Law and Justice’s EU reform plans.

In September, EU parliamentarians overwhelmingly adopted a resolution in response to the most recent developments in Poland. On this occasion, we could clearly measure the level of support/isolation from all of the political forces across the 28 Member States. The call for the resolution is the result of a persistent political crisis with regards to Poland’s Constitutional Tribunal, a case that has continued to stretch on over the past few months. The changes to the Polish media law have also raised concerns as to whether freedom of expression and media as well as the pluralism of public broadcasters are being respected.

The September motion of the EP reiterates its position already expressed in the resolution of the 13th of April 2016 on the situation in Poland, particularly concerning the paralysis of the Constitutional Tribunal and the fact that the Venice Commission’s recommendations have not been implemented and not all the judgments of the Tribunal have been published.

Which European forces have objected to the Polish ruling party’s policies? And which have supported them?

The motion itself (“Poland and their impact on fundamental rights as laid down in the Charter of Fundamental Rights of the European Union”) was approved by 510 MEPs, with 160 votes against it and 29 abstentions. The favorable votes came from the Liberals (ALDE/ADLE), the Christian-Democrats (EPP), the Greens, the leftist group (GUE-NGL) and the Socialists (S&D). The political groups opposing the motion were the Eurocritical and Eurosceptic groups: the ECR, the EFDD and the ENF.

Ryszard Legutko, a Polish member of the ECR, questioned why a debate on Poland was being held at all during a period in which the EU is facing “its biggest crisis”. Gianni Pittella, the Italian president of the S&D group, argued that “We are fighting for you and with you, not against you. We are fighting for democracy.”

Visegrad Group divided on the resolution

The Western European media has lately reported about the consolidation of the Visegrad group, which suggests that these countries act like a block and implicitly that PiS has the automatic backing of the other 3 countries. Things are, however, more nuanced. Among the parties in government in the countries members of the Visegrad Group, only Orban’s MEPs voted against the resolution, proving again that Fidesz is the most valuable ally of Law and Justice.

As for the other parties, Sobotka’s Czech Social Democratic Party (S&D), Babiš’s ANO 2011 (ALDE) and Fico’s Direction-Social Democracy (S&D) as well as the majority of Czech and Slovak MEPs, voted in favour of the resolution. In these countries, Kaczynski’s party could only count on the support of the Slovakian and Czech members of ECR (in opposition in their countries).

Most of the British MEPs, coming from the United Kingdom Independence Party (EFDD) and the ruling Conservative Party (ECR), opposed the resolution, hence backing the Law and Justice party. That makes two governments backing PiS, out of 27.

There are nuances: conservatives and centrist groups avoided direct criticism of Poland on human rights grounds, whereas the left is divided

However, despite this overall lack of support for the Polish government’s behavior vis-à-vis the Constitutional Tribunal, most MEPs rejected a series of amendments, tabled by GUE-NGL, which called upon the Polish government to improve the protection of human rights within the country.

The first one called for the liberalising of abortion rights in Poland and recognising it as an inalienable right of every woman. The other amendments referred to Poland’s refusal to host refugees and some of the government’s public statements that put refugees with Muslim background in a negative light. There was also an amendment that encouraged the Polish Government to make asylum procedures more accessible and fulfill its obligations regarding relocation. The final amendment called the government to ensure a high level of protection of the rights of minorities, including protection from discrimination and hate crime.

The ECR, ENF, but also the more centrist EPP opposed all of these amendments, while the Socialists were selective. The ALDE/ADLE group was the only one that abstained from voting in all cases.

MEPs from the Visegrad Group against lecturing Poland on human rights

The majority of Slovak members of the two center-right groups EPP and ECR voted against all the amendments. Additionally, members of Fico’s party (S&D) were divided between voting in favor and abstaining from voting.

As expected, Orban’s MEPs voted against all the amendments.

The Polish government has not yet taken any official position as to whether it will support Donald Tusk’s candidacy for another term as EU Council President. Backing him would benefit the ruling Law and Justice party’s European agenda; undermining him could strengthen the movement’s domestic credibility.

Law and Justice has put forward some ambitious reform plans for the EU. The party will need to gain wider political support within the Union if it wants to effectively influence the European debate and push for wider changes. This could prove difficult: Warsaw’s policies were strongly criticised by an overwhelming majority of political parties across the EU at the vote in the European Parliament. Some MEPs from Visegrad Group governments, which largely support Warsaw’s calls for European reforms, also joined in the criticism.

Poland’s ruling Law and Justice party might have a bold agenda, but it needs much more soft power to implement it at the EU level. The future, however, seems to bring an opposite development: with its strongest coalition partner “Brexiting”, Law and Justice’s clout in Brussels will be reducing even further. The ideal scenario for Kaczyński seems to be to “turn” Tusk into a semi-ally at European level without making him too strong internally, in Poland. The question that remains is whether Law and Justice feels confident enough that they could be in control of this process.

Łukasz Antoni Król is a political scientist and independent researcher who specialises in Polish politics, democracy, and nation-building. He is a graduate of the Universities of St Andrews and Cambridge and has previously worked at the European Parliament.

Doru Peter Frantescu is cofounder and director of VoteWatch Europe, the think tank most followed by the Members of the European Parliament in 2016. He provides regular commentaries to international media on EU politics.