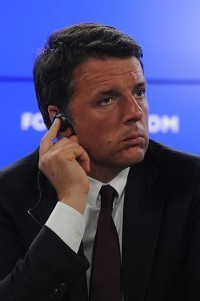 Mainstream parties seem to make one miscalculation after another, always underestimating the risk of political turmoil in several of our countries. Renzi had to resign, plunging Italy into uncertainty and thus adding weight to the centrifugal spinning that has already pushed away the UK, Greece, Poland or Hungary. France and the Netherlands are not far behind, as nationalists are topping the polls ahead of key elections in spring next year. Austria has narrowly escaped the worst this Sunday, but the far-right party is still growing stronger. The Baltics are experiencing unprecedented political turmoil since their independence, while Bulgaria has recently elected a not so EU-friendly president.

All these instances show that national Governments have become insufficiently equipped to properly communicate to their citizens. They have lost the knowledge and the motivation to do so. This spells trouble for the European Union, as most of the rising political movements display strong nationalist tendencies. This article shows why the public, the private and civic sectors need to start genuinely coordinating their efforts to counter the nationalistic trend – or else Europe will continue its fragmentation in a downward spiral leading to its break-up.

Although the Italian referendum was not a vote on the European Union, Eurosceptic forces have come out as winners from yesterday’s outcome. The defeat of the government can only strengthen the already strong populist tendencies of Italian political parties.

If those who benefit from the EU, from the Erasmus students to the businesses do not mobilise to turn this trend around, in a couple of years there will be little left to benefit from. As unthinkable as this was a few years back, it is now conceivable that in just a few more years we can be back to the mindset of the interwar period, ie. European countries being suspicious of one another, closing their borders, putting custom duties and going back to their national currencies.

The economic crisis and the rise of the anti-EU movements are like the earthquake and the tsunami: once the first one has struck, you should expect the other one to follow soon, even though you can’t see it yet. It takes some time for the wave to take shape and reach a critical mass, but it is pointless to look the other way, because you know it’s coming. However, our European leaders and stakeholders still seem surprised every time a new country falls under the tsunami of populism.

The Brussels’ doctrine has been that each government can and should be the only one in charge of communicating Europe in its own country. This is understandable, as the EU institutions wanted to play it safe and not be seen as interventionist. But the governments are failing one after the other at selling Europe and some have even reached the conclusion that it may not be politically wise to promote Europe anymore. Matteo Renzi decided to remove the EU flag from his press conferences, apparently upon advice from a former advisor of David Cameron (an advisor who seems to be the expert on how to lose your own referendum). This move helped neither Europe or Renzi, as the referendum’s result has just shown.

The impact of anti-EU populism on the future of the EU is much bigger than it looks at first sight. Nationalists don’t even have to win elections to spread nationalist-minded decision-making. Marine le Pen has already won a big victory in France when Fillon was nominated as the front-runner presidential candidate on the basis of a conservative platform who promotes inter-governmentalism as the future model for the EU. Successful nationalists are pushing mainstreamers to become more nationalist, as they fear that otherwise they won’t get elected.

Because of this, the national institutions in many of the EU’s member states hence become powerless at the task of promoting the European project, while the European institutions are too reluctant to increase their presence at the national level. This leaves the communication space open for nationalism to continue to thrive in a downward spiral, eating up, country by country, the support for the EU.

What is to be done?

The role of the civic and the private sector in promoting the EU has been underestimated and underused. The non-governmental sector has been seen by the public institutions and the political parties as subordinated. Many politicians still think that the only real way for the young people to get involved in the civic life is by joining the political parties. This is becoming an ever more obsolete way of thinking given the accelerating expansion of the information and communication technologies. The power in the Western democratic societies is becoming more and more fragmented, as civic groups now easily emerge to advocate on an issue-by-issue basis. These power groups get formed and then disappear, once their purpose is gone, at an amazing pace. The institutions, the parties and the private sector need to learn how to cooperate with them.

Some of these civic groups can mobilise enormous energy, as their members are highly motivated. Importantly, they are also much less bureaucratic than the institutions, which makes them much more dynamic and adaptable to developments in the society. Acceptably, civic groups mobilise more easily when they are fighting against some of the EU’s initiatives. This is also the reason for which institutions, political parties and businesses developed a reflex to keep distance from them. But what if there were ways to garner the energy of the civic groups and redirect it towards fighting populism and supporting Europe? When is the last time we’ve seen an enthusiastic crowd shouting out their support to the European project?

This is possible, but it takes courage and out of the box thinking. It takes the courage to make the EU decision-making truly transparent and inclusive, by helping the citizens understand how their own representatives, Members of the European Parliament and ministers represent them in Brussels when these decisions are made. This is how the citizens will feel empowered and that they do own Europe.

For that to happen, the pro-Europeans from across the sectors, public, private and civic, need to understand the imminence of the dangers around the corner and start coordinating their resources and efforts. Some of them have the legitimacy, others have the energy, while others have the funds to get things moving. And they all share the same interest. Blaming the ignorance of voters or others for Brexit, Greece, Italy or Austria is childish and useless; what Europe needs is enlightened leadership able to bring all its stakeholders and supporters together.

VoteWatch Europe shows how the 751 Members of the European Parliament and the 28 Governments take part in all decisions that are made at European level on behalf of over half a billion citizens. VoteWatch is also the platform most followed by the MEPs. We are operating with a small team and budget. If you want to join our forces or support our activity, feel free to contact us at [email protected].