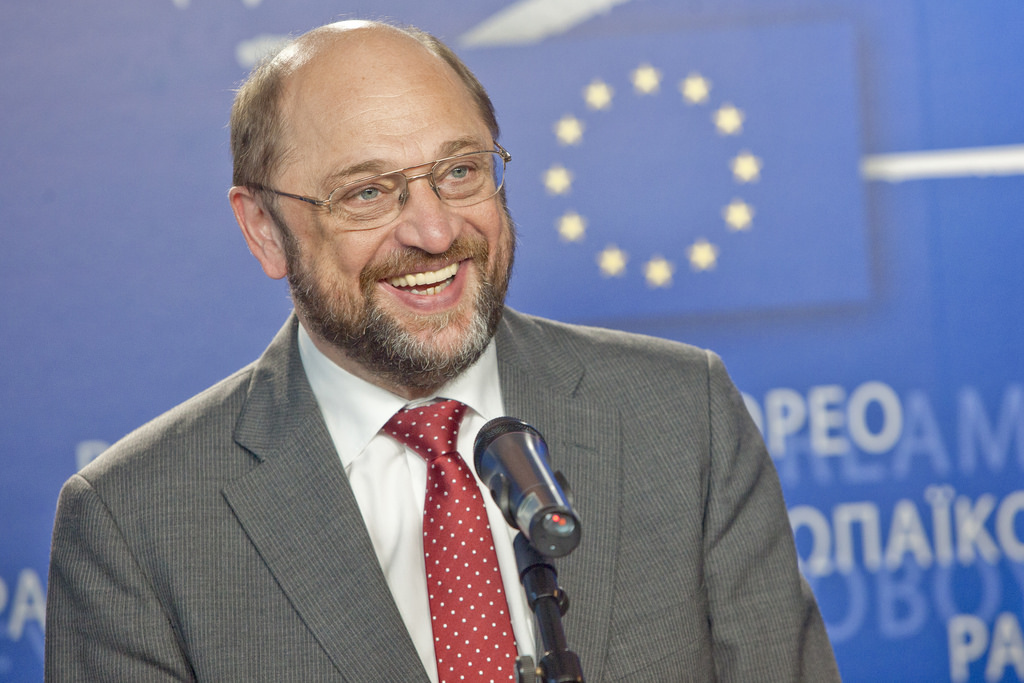 A President of the European Parliament goes back to national politics. Martin Schulz has spent 22 years in EU politics, being contemporary with events that have torn apart Europe. He experienced the adoption of euro, the failure of the Constitutional Treaty, as well as the implementation of the Lisbon Treaty, the Greek debt crises, the migration crisis, Brexit and rise of nationalism in Europe. He witnessed how compromises had to be made and, even though he does not hold a university degree, he now owns a master in European pluralism and returns to his country to put this knowledge to work. However, this is an isolated case and we need to do much more to link national and European politics.

This article talks about how the MEPs and political parties can work with the think tanks and NGOs to promote EU level democracy.

Martin Schulz understands that Europe is much bigger than Germany and that there are no big countries on this continent anymore. His understanding of the diversity of Europe has been emblematically displayed in one of his “famous” meetings with Matteo Renzi.

This is, however, a skill that is not very common in the national politics of the EU member states. Despite the growth of the internal market, despite the accelerating globalization, national political elites, even those of the centrist mainstream parties, still hold the seeds of nationalism within their ranks. Most national politicians can tell you why their country is the best and when their country is being criticized they say that the others do not understand it. This discourse fuels, of course, a similar mindset within the population thus planting the seeds of opposition to greater political projects and, ultimately, to situations like Brexit.

Former MEPs and commissioners, however, have a much broader horizon. They have seen the bigger picture of the world and they understood that nowadays a European country on its own, even a big one, is becoming less and less relevant on the global stage. As some dare to say it, if Europe does not unite and work together, we will soon become a museum of recent history compared to other parts of the world that are moving ahead at an amazing pace. Those who have spent time in Brussels and have represented the EU in foreign delegations have seen which way the world is heading and understood what needs to be done if Europe wishes to stay ahead of the international game. Consequently, the (senior) MEPs and the Commissioners are Europe’s best ambassadors in their own countries.

Martin Schulz will perform this role in Germany, and this is good for Europe. But Europe needs much more than this, it needs many more competent and motivated communicators, who believe in the necessity of the European project not because someone has told them to do so, but because they have reached this conclusion empirically, through personal experience in international politics.

Commissioners are told to conduct dialogue in their countries and in recent times they have regular communication sessions in their national capitals with the local politicians. This is positive, but there is only one commissioner per country and Europe needs more than that to create a critical mass of loyal supporters among the national influencers.

The MEPs, for their part, are fighting an uphill struggle with the national politicians in trying to show that European Parliament is relevant and that their own work is important. Many MEPs have pointed out that they find it very difficult to communicate to their own constituents the importance of the work that they do in Brussels and Strasbourg. For this reason, MEPs argue that their contributions are not fully recognised by the local/national public arenas, hence their own leverage in the debates “at home” is sometimes disproportionally small compared to the local/national politicians’ ones. This process affects the European construction as a whole.

This is why the MEPs need the support of those who believe in the European project, including the successor of Martin Schulz as EP President. The MEPs also need to understand the enormous role that they hold in deciding the future of the EU and of Europeans’ prosperity. The MEPs are important not only because they make the laws that apply to over half a billion citizens, they are important also because their image is inexorably linked to that of Europe in the eyes of their constituents. If they perform badly, then Europe is perceived as bad. If they are alleged to spend tax payers’ money in the wrong way, then this has an impact on the perception of Europe. Hence, the MEPs carry a huge responsibility and the public should watch and stimulate them to perform and be accountable.

However, there is more. The media and the public tend to focus mainly on the negative aspects of the activity of an MEP, which are more likely to make an appealing piece of news. For this reasons, the most known MEPs across the EU are probably Farage and Le Pen (and not Martin Schulz).

Consequently, (even the decent and hardworking) MEPs seem to have developed a rather high level of sensitivity every time someone is scrutinizing their activity. They have developed a defensive reflex, assuming that the purpose of the questioning is to find information to make them look bad.

Very few positive pieces of news about the work of the MEPs penetrate the national information arenas. We need, however, to find ways to communicate Europe through the work of the MEPs (and Commissioners) in a way that it is critical, but fair and balanced. We need to create quality information that appeals to a broader public. There are out there, in the Member States, people who are interested in Europe and who would like to know more about the EU than about Nigel Farage and Marine Le Pen. Promoting the good work and the results of the MEPs, when this happens, is one way of going about this. We need to put human, locally-known faces, in relation to the decisions made by the EU. This way, the citizens will understand that the EU is not some cold machinery out there that takes decisions on its own, but that they, the citizens, are being part of the whole machinery.

To this end, we, at VoteWatch Europe, are being increasingly active in emphasizing the roles of the MEPs and who the most active or the most influential MEPs are, sector by sector and country by country. Our initiatives also aims at providing the public with tools to get to know better the work of the MEPs, the areas they are active on and the level of influence they hold (other reports done by VoteWatch also show the actual views of the MEPs on all subjects).

However, we need to join forces to ensure that this type of information reaches the relevant audience. MEPs and political parties cannot do this work on their own. They need to see the opportunity to engage in constructive dialogue and create coalitions with the think tanks, the NGOs and other societal groups in order to test and convey their messages.

Only in this way we can ensure that the European decision-making is truly democratic and we can regain the trust of the public in the European project.

If you are interested in joining forces with us for providing better insights into EU politics in the member states, write us at [email protected].