Home Votewatch » Why Brussels needs Stockholm to stay on board

Yesterday’s Swedish elections confirmed some of trends that have been observed over the past few years (increasing strength of the far-right, decreasing popularity of the traditional political parties), although the results have not been as groundbreaking as many analysts expected (the performance of the far-right Sweden Democrats was underwhelming compared to the expectations, while the electoral losses of the two largest parties were lower than expected).

Still, the coalition formation process is going to be very tricky, as no political bloc can count on a majority of seats. Cooperation will be needed between either the centre-left and centre-right blocs or the centre-right Alliance and the far-right Sweden Democrats. The outcome of this process will also affect Sweden’s role in the EU, in a moment where increasing nationalism and political fragmentation are taking a toll on the traditional EU consensus-driven decision-making practices.

VoteWatch Europe found out that the increasing conflicts in the Council have lead to a decrease in the number of unanimous decisions in the institution, with Member States being more frequently outvoted than in the past. However, the trend of increasing conflictual situations does not affect all Member States (for more information check out our latest State of the Union), as the incumbent Swedish government held more consensual views than its predecessor, the Reinfeldt government (led by the Moderate party). 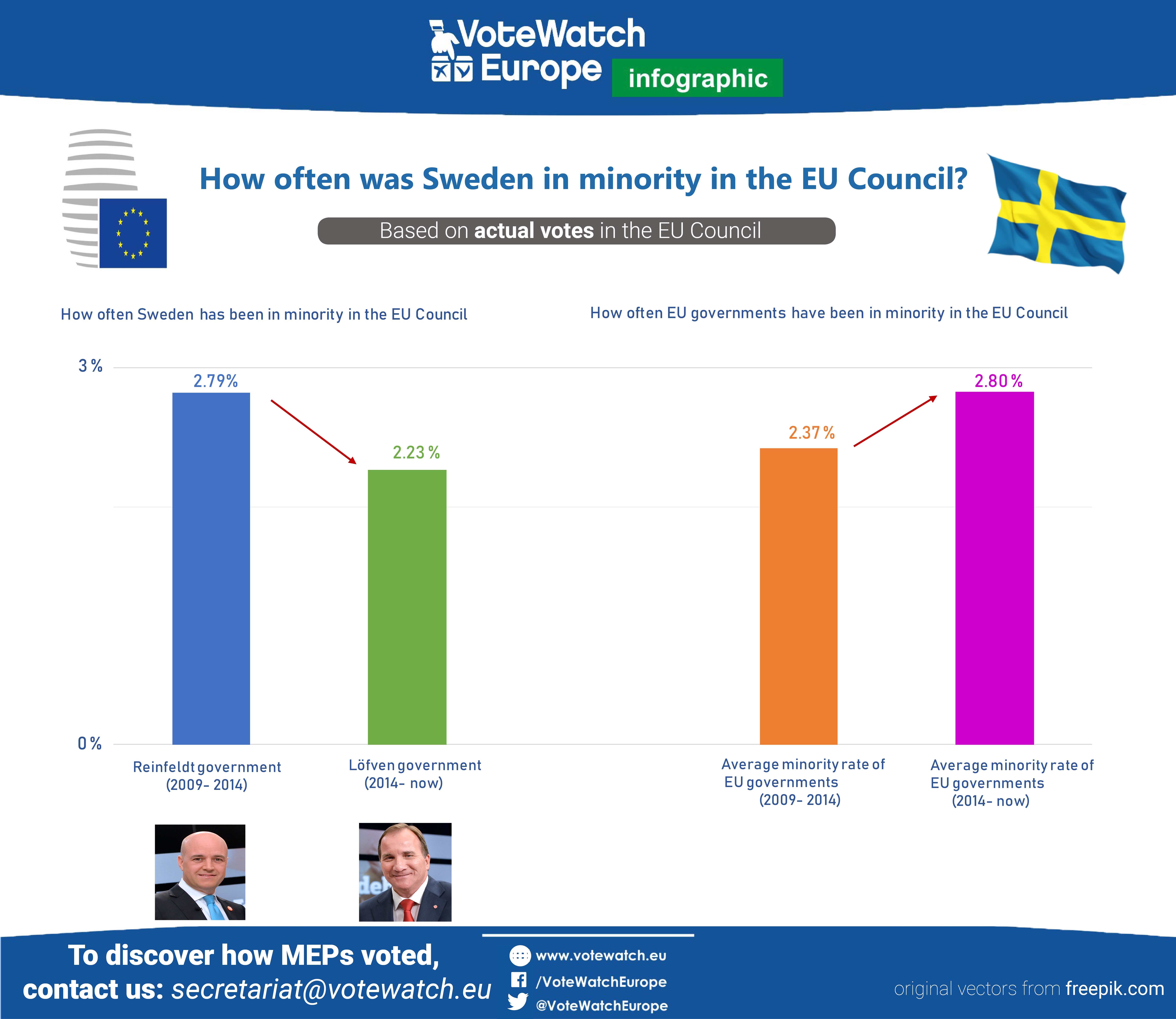 While both Swedish governments held reservations on the proposals to increase EU spending, an overall more conciliatory attitude by the Swedish government provided Brussels with some relief, while the EU was dealing with a ever more confrontational attitudes of Visegrad countries on migration, the Brexit “accident” and the Southern dissatisfaction with the governance of the Eurozone.

Check out our State of the Union for the latest trends in both the European Parliament and the EU Council.

The next few years will feature very important decisions on EU Defence (on which Stockholm has mixed views), a potential reform of the Eurozone, the completion of the Banking Union (which Sweden is considering joining), a potential stronger EU supervision of the rule of law in Member States, the never-ending drama on migration policy and much more. We will soon discover what the next Swedish government will look like, while Brussels hopes that Stockholm will stay on board, rather than opening new fault lines.

Check also: our previous report on the role of Nordic countries in the EU.