Home Votewatch » What Does The Future Hold For Catalonia and Spain? 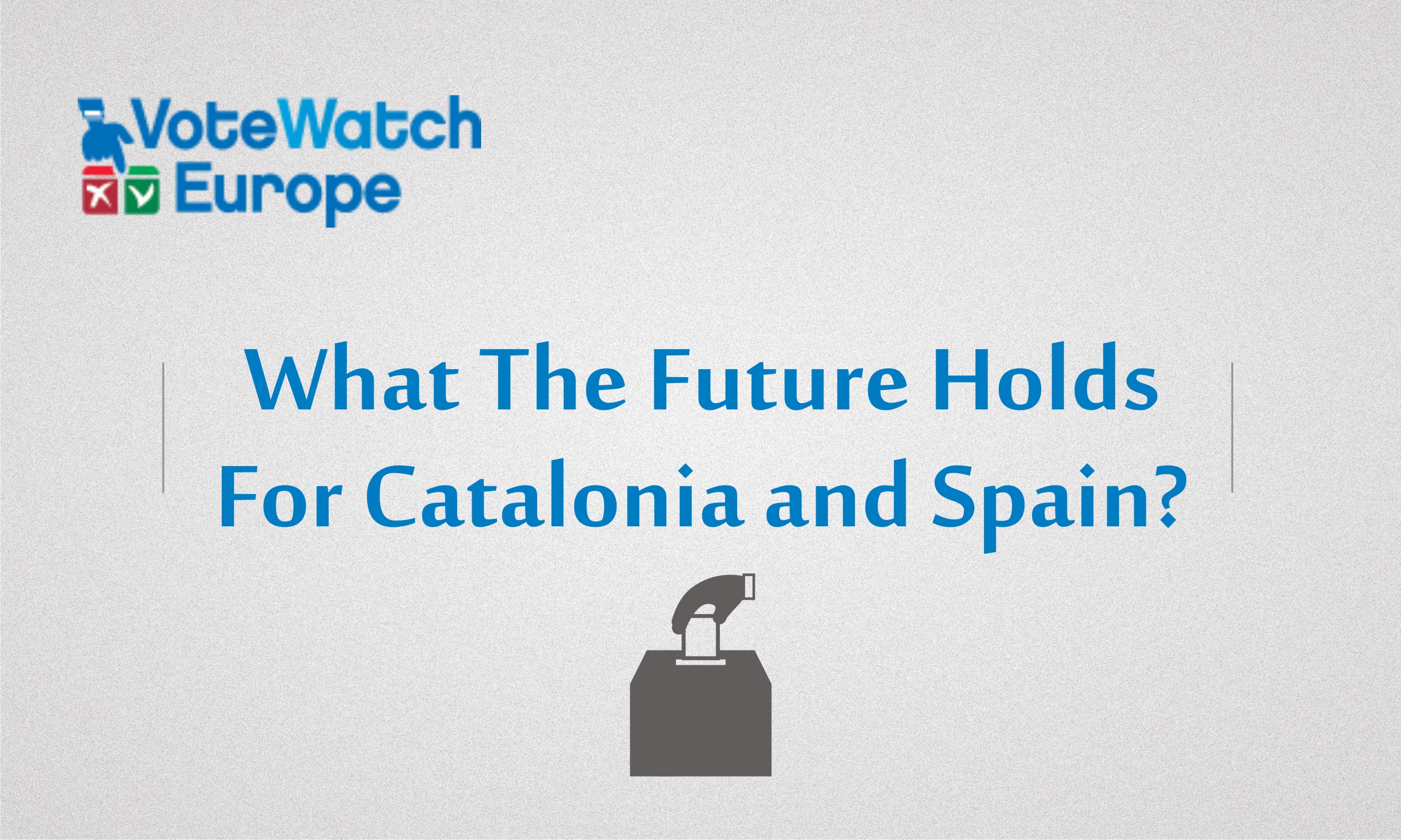 “Thirty years ago almost one third of the current EU member States did not exist in the form we know them today”, argues the representative of the Government of Catalonia to the EU, Amadeu Altafaj. On the other side, “the voice of the people” may end up being in fact an active minority, as Ignacio Molina, Senior Analyst of The Elcano Royal Institute observes that “opinion polls show that there is no majority in support of independence [for Catalonia] and even less so if the process is unilateral”.

As the events around the planned October 1st referendum can have important implications for the EU, VoteWatch Europe looked into the matter and interviewed them both to understand the stakes, the chances of the referendum going ahead and its likely aftermath.

Will The Referendum Go As Planned? 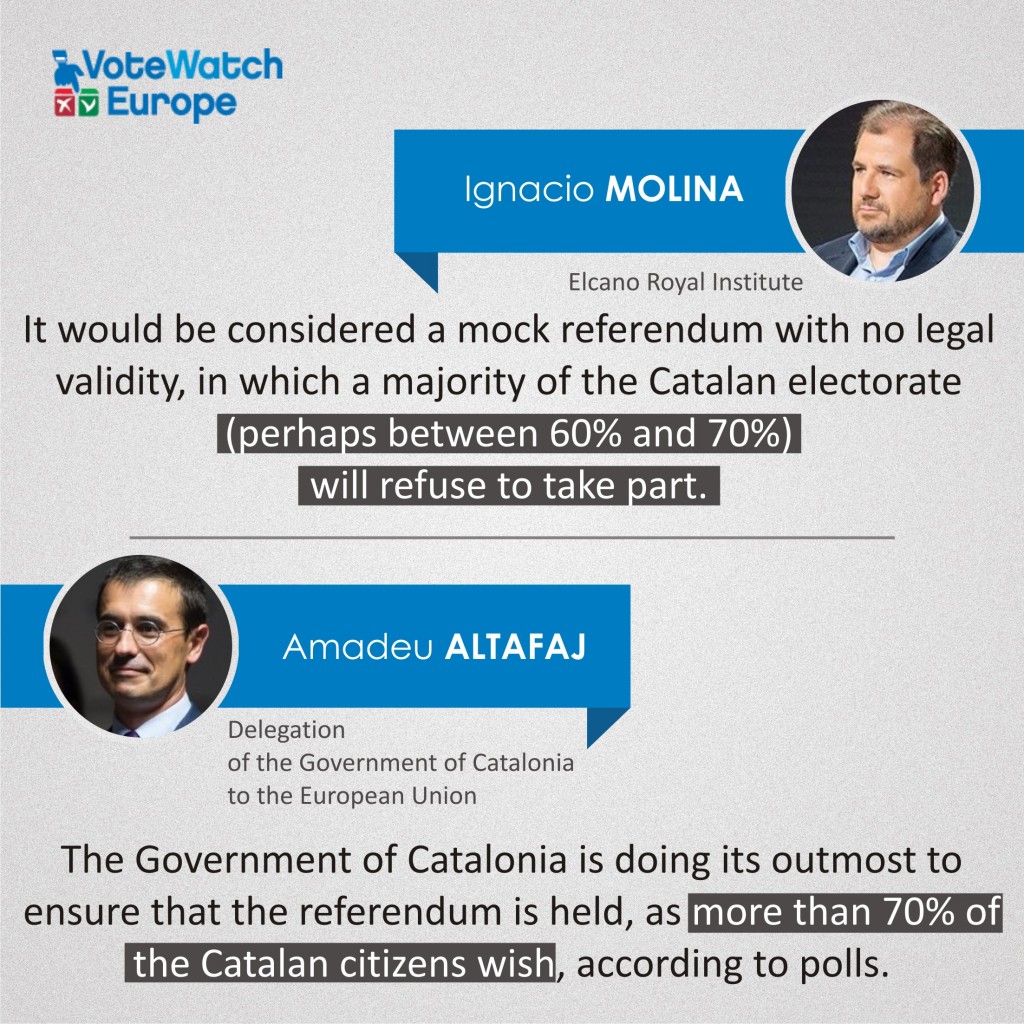 Dr. Ignacio Molina, senior researcher at the The Elcano Royal Institute, a leading Madrid-based think tank told VoteWatch Europe that the vote can physically take place, but “it would be considered a mock referendum with no legal validity”, in which “a majority of the Catalan electorate (perhaps between 60% and 70%) will refuse to take part”. He expects that in Catalonia “radical nationalists may protest in the streets and/or declare independence unilaterally”, but that this may end up being “counterproductive and lead to a lower level of commitment amongst moderate nationalists”.

Amadeu Altafaj, Head of the Delegation of the Government of Catalonia to the European Union, confirms that “the Government of Catalonia is doing its outmost to ensure that the referendum is held, as more than 70% of the Catalan citizens wish, according to polls”. Mr. Altafaj argues that “the most recent polls suggest that the recent threats and repressive actions by Spanish judiciary and police forces against companies, journalists and ordinary citizens have not had an impact so far on the determination of Catalans to vote”.

Would an independent Catalonia be part of the EU? 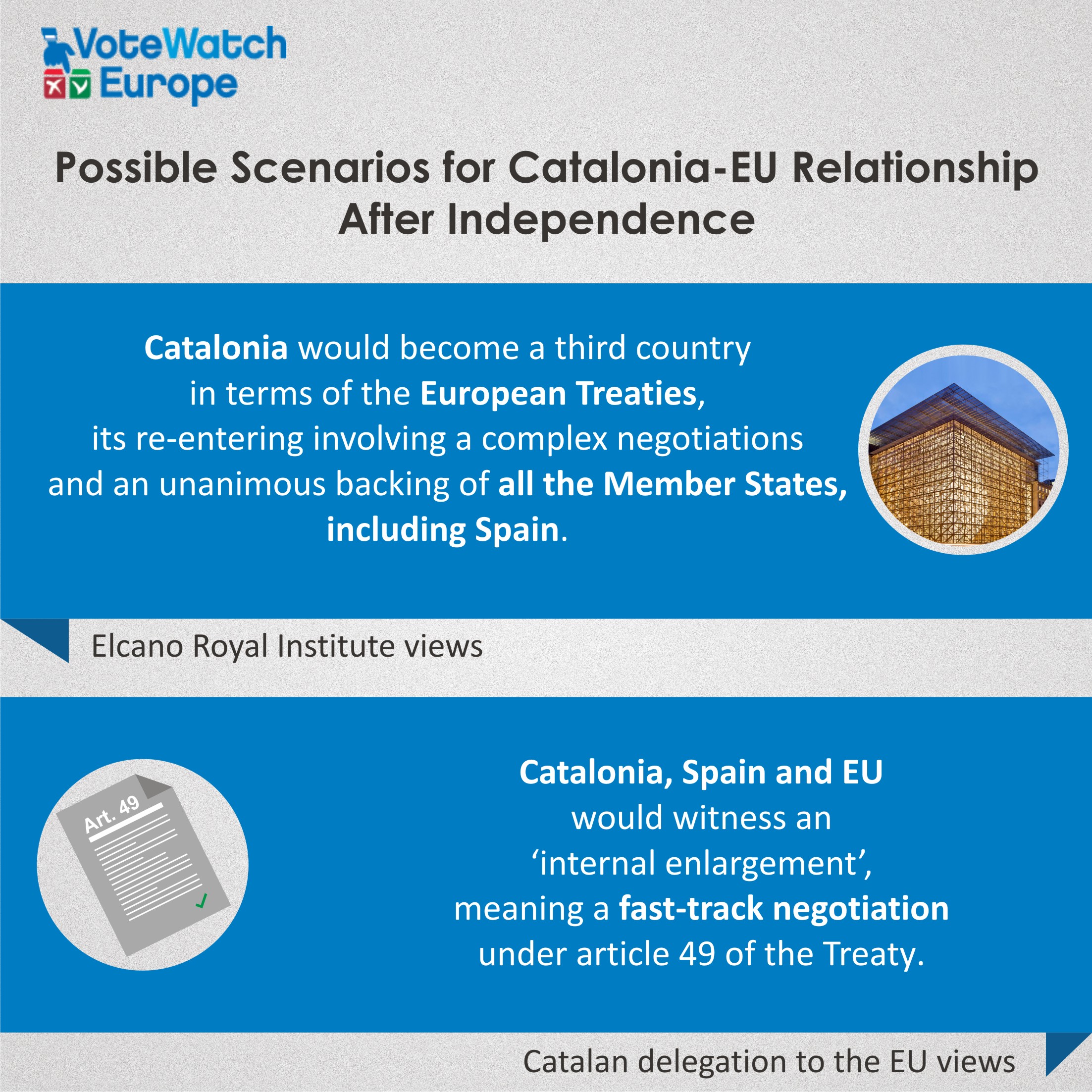 Dr. Molina, when asked about Catalonia joining the EU, reiterated that Catalonia will remain part of both Spain and the EU because “a unilateral declaration would have no actual effect”. Even if in the unlikely event that Madrid would at some point recognize Catalonia as an independent state, “Catalonia would simply have to face up to the consequences of independence and therefore become a third country in terms of the European Treaties”. Re-entering would not be impossible “but it would involve complex negotiations and the unanimous backing of all the Member States, including Spain.”

On the other hand, Mr. Altafaj expressed the Government of Catalonia’s commitment to the EU and to continue “contributing to its development and improvement, no matter which is the outcome of the referendum”. According to the Catalan representation “the most suitable scenario for all parties involved –Catalonia, Spain and the EU– would be an ‘internal enlargement’, meaning a fast-track negotiation under article 49 of the Treaty and that ‘from inside’, before fully materializing the unplugging from Spain”.

In both cases, complex negotiations between the EU, Spain and Catalonia are mentioned as the most likely outcome in case the Catalan Government will succeed in its bid to secede from Spain. However, the representative of Catalonia remains optimist about the possibility to find an agreement on Catalonia’s permanence in the EU and “would like to see the European Commission to encourage political dialogue in Spain to solve what is first and foremost a political problem, not a legal one.”

Whatever the outcome, the matter is closely watched by many eyes in Brussels and in the Member States, as it will create a precedent that would likely apply to any other region that wants to break away from a Member State. Scotland in particular has a high stake, even though after the UK decided to leave the EU the similarities between the situation of Scotland and that of Catalonia are becoming fewer.

Importantly, a potential secession of Catalonia would also impact on the clout of Spain at the EU level. Spain is one of the largest country in the EU and Spaniards are important players in both the Council and the European Parliament. However, without Catalonia, Spanish influence over EU policies would diminish substantially, falling way below that of Poland (which now is comparative in size). Check where Spain and other countries stand in terms of influence in the European Parliament.

About us: VoteWatch Europe is the think tank most followed by the Members of the European Parliament, according to an independent study. Our reports are also quoted frequently by reputed European and international institutions and the world-wide media.