Home Votewatch » What shall become of Northern Ireland post-Brexit? Part 1: Politics in Britain’s most fragile region 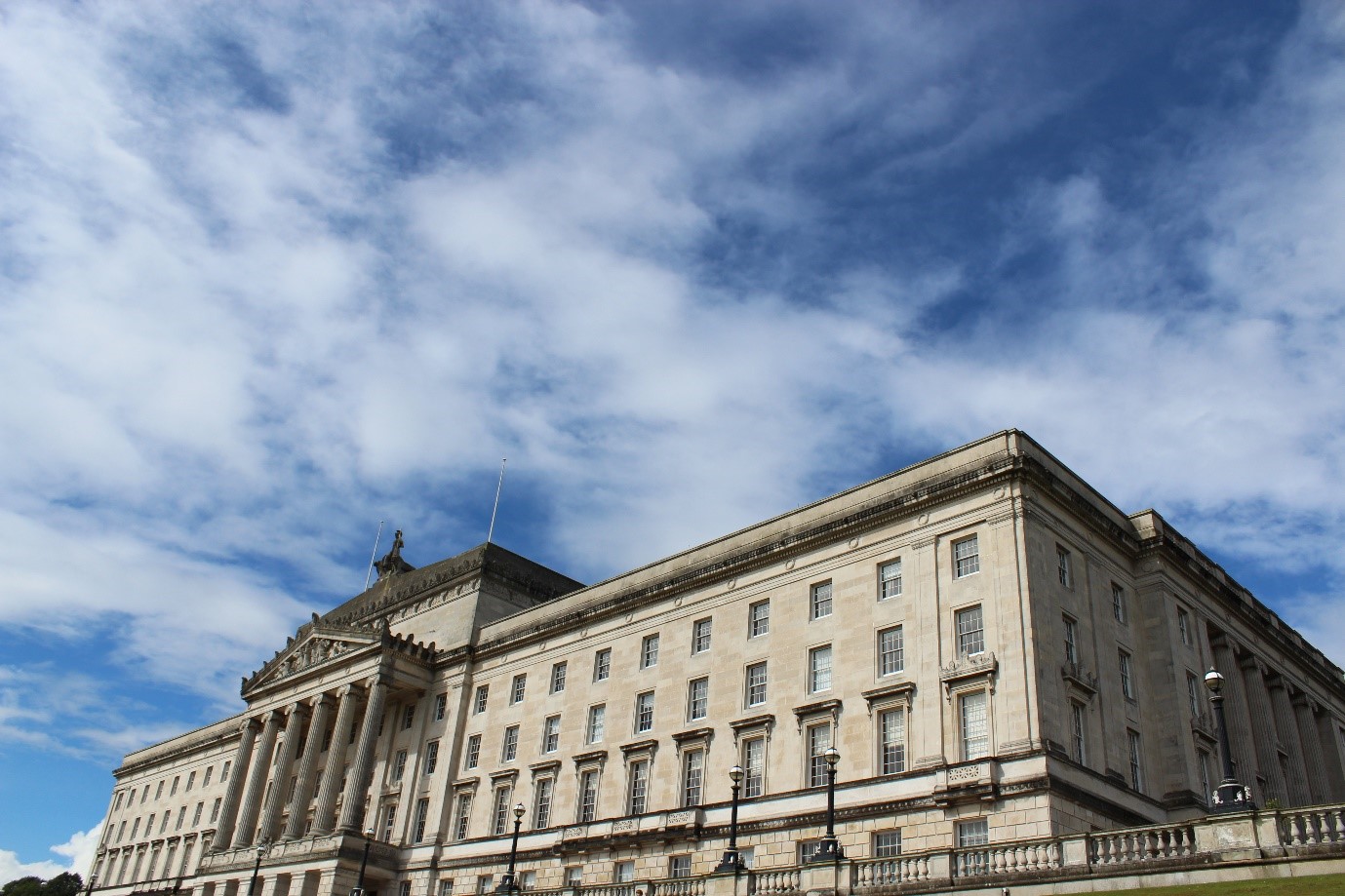 The Northern Ireland Assembly in Stormont, Belfast. Photo is courtesy of the author.

Whilst a return to Northern Ireland’s bleak past is unlikely, Brexit disorders hard-won political settlements in “the province”. A hard border between Northern Ireland and the Republic should be avoided at all costs.

Brexit and the impact on the Good Friday agreement?

July of this year saw the 20th anniversary of the ceasefire of the Irish Republican Army (IRA). This led to the Good Friday Agreement (GFA). That was a multi-party agreement between most of Northern Ireland’s political parties and an international agreement between the UK and the Republic of Ireland (ROI). It ended a generation of low-intensity, but stern civil conflict in Northern Ireland. On one side was the Irish catholic nationalists, who sought a united Ireland. The IRA took up this cause through violence and became among the most sophisticated underground military organisations in the world.

On the other side were the protestant, British-descendant Unionists, who defended Northern Ireland’s position within the UK.

Although the EU did not play a central meditating role in this conflict as it did in Cyprus, the EU’s role in bringing peace to the province was noteworthy.

The GFA is underpinned by British and Irish membership of the EU. Among its agreements were that there would be increased Northern Irish economic and cultural integration with the ROI, largely through the EU. Secondly, the EU has poured funding into Northern Ireland’s peace and social cohesion programmes, structural funding and subsidies. This will be detailed more in the second part of the report.

The European Commission has recently suggested that there needs to be a new agreement to reaffirm the principles of the GFA.

What’s all the talk of the border about?

The GFA stated that border controls would be eased. The EU supported this and harmonised ROI and the UK’s immigration and customs systems in ways that few thought would have to be undone. The border has become invisible.

Post Brexit UK (including Northern Ireland) seeks to clamp down on immigration from the European Union. Yet this seriously threatens the Common Travel Area (CTA). This is a border-free area between the UK and ROI. Unless there is a change in the status of the CTA, EU migrants could travel to the Republic, then enter the UK via Northern Ireland.

The stance of the UK government is that there should be no hard border, with no physical infrastructure nor immigration checks and that customs checks apply only to larger exporting businesses. This is not thought through.

An insider told me that no “such country has ever voluntarily put itself through such a logistical nightmare without precedence”. The British civil service has imported experts from around the world, to try and tackle this overwhelming task.

Many state that non-EU Switzerland and non-EU Norway avoid immigration and customs checks with their EU neighbours. Yet these non-EU countries avoid checks because they both have identical immigration systems as their EU neighbours. Free movement within the UK and Ireland (through the CTA), however, only applies to British and Irish citizens, not to EU citizens passing through. Some sort of border measures would need to be introduced to identify these people. Separately, being outside the European customs union, Swiss and Norwegian exporters also have to comply with burdensome rules of origin checks.

The UK-ROI land border has around 800 crossings.  It runs through lakes, farms and mountains. Already, the border sees much smuggling in animals, food produce, and diesel. It is reported that there are around 10-12 local groups specialised in such smuggling. Already then, smuggling exists in the region. Evidently, if a land border is introduced, this area could become a haven for smuggling banned goods, people and even terrorist activity, in or out of the European Union.

Hope lies in the World Trade Organisation’s “Frontier Traffic” provision. This allows members of a customs union to deviate from constraints in respect of “advantages accorded to adjacent countries in order to facilitate frontier traffic”. This is the case in the goods-flow between Northern Cyprus and the rest of the Island.

This implies a sea border between the island of Ireland and the UK. Although the British government has recently ruled this out in its proposals from 16 August, it may resort to this as the impracticalities of its proposals become clear.

I join the many groups that have requested that Northern Ireland remains in the European Customs Union. This would more easily allow the realisation of the above-mentioned proposal. If the UK leaves the customs union, a sea border should be introduced (at ports etc).

However disruptive  to UK-ROI trade a sea border may be, surely preserving the hard-won peace in Northern Ireland should take precedence?

Suggestion of a sea border has been met with hostility from some of Northern Ireland’s Democratic Unionist Party (DUP) members who are opposed to what would become a border within the United Kingdom. However, those same uncompromising politicians campaigned for Brexit. The Irish Taoiseach then stated on the 4 Aug in a speech, that the onus should be on them to come up with a solution for this thorny problem which Brexit is now causing.

Could conflict be reignited?

I asked Patrick Thompson, a political scientist, about the prospect of reignited violence. He responded saying,

“I believe the main nationalist and republican actors are too invested in the role they are afforded by the peace process to revert to a pre-1999 posture toward the state. They may instead see the hard border as a chance to make a new case for a United Ireland and (re)integration with EU institutions.”

He also stated that a hard border and deadlock in the power sharing assembly may force Sinn Féin to call for some drastic changes in the assembly.

This contrasts to the views of Leo Mulholland, an active advocate for Remain during the referendum in Northern Ireland. He stated that,

“The route to conflict is never certain. A poll in 2016 showed a slight increase in nationalist support for a united Ireland (from 31% to 34%). The 2021 census could reveal that the catholic/nationalist segment of the population will have overtaken that of the protestant/unionists. Add worsening economic conditions into the mix here and Nationalist parties could create a narrative that Northern Ireland would be better off incorporated into the Republic. This would also have the support of a lot of left wing media.”

Yet I believe that conflict will not re-emerge (not even in a mutated form of gang warfare, for example). I give multiple reasons for this: The UK’s security forces’ hold over the IRA remains resolute; If many in the IRA cling to the dream of a united Ireland, it is an organisation committed to the peace process; An outbreak in riots in 2012 over when the City hall would fly the union flag was more amusement for youths than politics; Within the mechanics of Brexit, the Northern Ireland issue is being highly prioritised by the EU and UK administrations.

A deeper reason for this is that a large vote share for the main Northern Irish “nationalist”/ “unionist” parties does not translate into a following of their sectarian agenda. (Notice the exodus of the Northern Irish middle-class during the politically-fuelled marching season). In short, a lot of the population simply has no interest in engaging in a long-dead conflict which they never knew.

Particularly bizarre is that the current Conservative-led UK administration is now reliant upon votes from Northern Ireland’s Democratic Unionist Party (DUP). This is highly controversial because the GFA stipulates that,

‘the power of the sovereign government with jurisdiction there shall be exercised with rigorous impartiality on behalf of all the people [of Northern Ireland]’.

Some say that whether or not this impartiality has been breached is a legal grey area, not broken unless the Conservative party states a policy preference on the status of Northern Ireland.

Although this depends on the nature of the partnership struck, it is likely that there has been a significant breach, given that the DUP have their own preferences for Northern Ireland and the UK post Brexit.

In any case, this could increase nationalist suspicion of the DUP and could lead to a more general decreased trust in institutions.

All this comes as talks to resume the Northern Irish assembly drag on. It has been out of action since January 2017 when a renewable energy scheme somehow went £490 million over budget. It has not been renewed amidst deadlock between the two main parties (DUP and Sinn Fein). This only adds extra instability and limbo into the province’s political scene.

Brexit – Britain’s voluntary decision for political upheaval, has cast a spooky cloud over the country’s most fragile region. As well as underpinning the Good Friday agreement, the European Union also fostered a new era of harmony between these countries which had been so bitter enemies, for so many years. 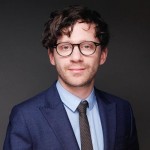 The author is open to hear comments and suggestions from readers.

The author would like to give special thanks to Leo Mulholland for his direction.

Any views expressed are personal and do not reflect those of Inframation / Acuris.