Home Votewatch » Von der Leyen gets the green light, but the biggest challenges are yet to come 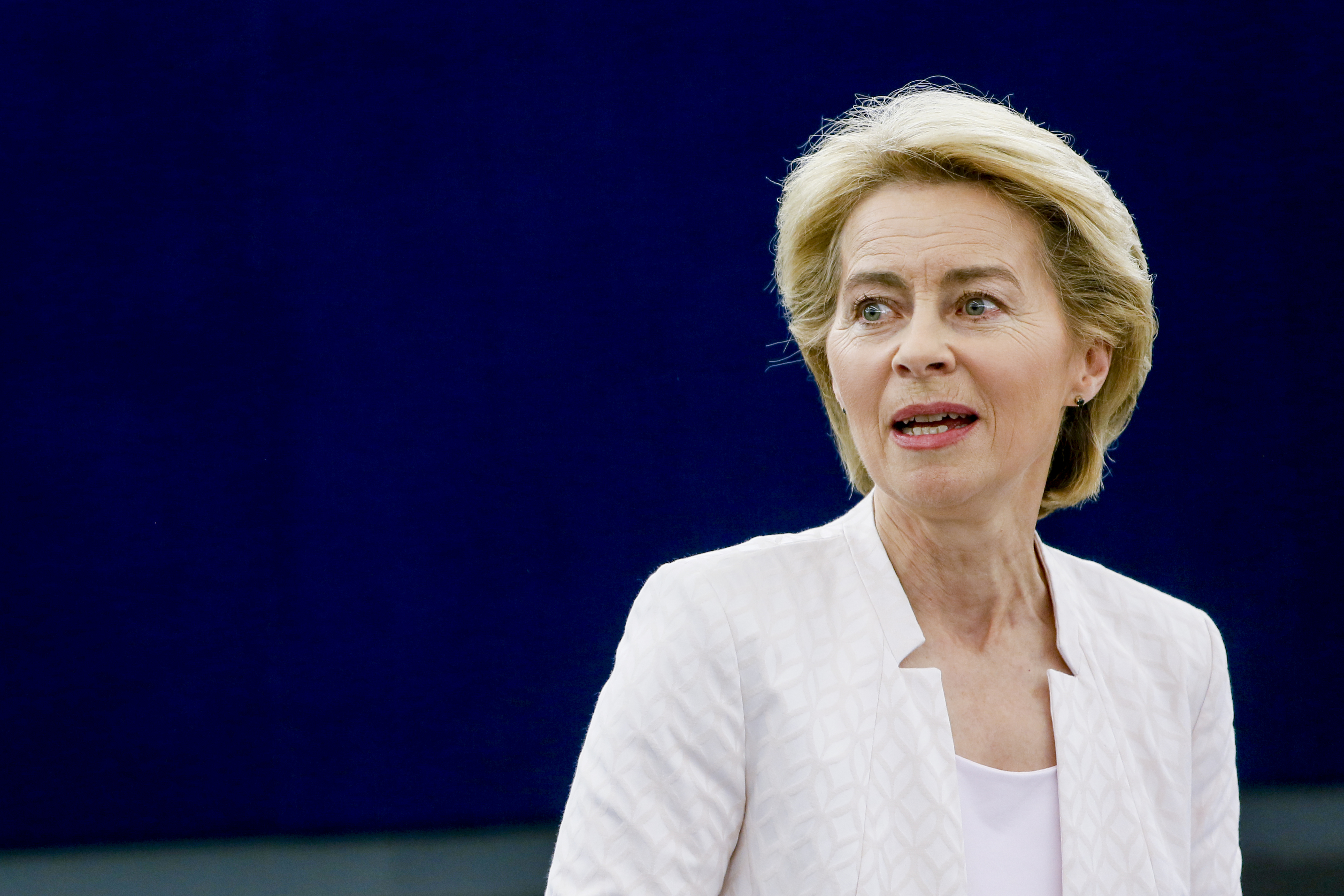 Today, a majority of MEPs decided to give the green-light to the new von der Leyen Commission. About 65% of MEPs backed the new College of Commissioners, whereas only 22% of Parliamentarians voted against von der Leyen. This means that, after a difficult process, the new legislative cycle can finally start. However, if you think von der Leyen’s life will be any easier after clearing this major hurdle, you might want to reconsider: the biggest challenges are yet to come, as the latest trends show that coalition building on EU policy initiatives is going to be more difficult than ever.

The increased level of support for von der Leyen is not surprising (compared to last July), as the main political groups in the European Parliament had no interest in keeping the European Commission hostage for too long. This explain why the political families that are represented in the new college of Commissioners (EPP, S&D, Renew Europe and the Polish members of ECR) cohesively threw their weight behind von der Leyen, while other governing forces such as the Italian 5 Star Movement also voted in favour, as expected. The new Commission could also count on the benevolent abstention of the Greens/EFA group, which was initially rather critical of the new President. Only fringe forces such as left-wing GUE/NGL, right-wing ID and few other MEPs decided to vote against the new leadership of the Commission. Click here for more details on how each MEP voted.

However, this enlarged majority only comes after a prolonged limbo in which von der Leyen has done her best to woo critical MEPs. The newly elected Parliamentarians previously showed the new President (and the Member States) that they are not afraid of confrontation, by providing her with a narrow majority in the first place and rejecting three Commissioner-nominees. EU Parliamentarians managed to obtain significant concessions from the new Commission President, such as the promise of providing the EP with de facto powers of legislative initiative. In other words, the Commission commits to follow up on EP non-legislative resolutions by putting forward dedicated legislative proposals. If properly implemented, this new mechanism would significantly strengthen the political leverage of the legislative chamber. All of these developments contributed to smooth the opposition to the new Commission among MEPs.

Still, trouble lies ahead, as the new Commission will have to face a significant, perhaps even unprecedented, number of political challenges. The following is a non-exhaustive list of issues that are likely to generate quite a few headaches in the Berlaymont:

– Weak majorities in the EP for some of her landmark proposals, such as a European Unemployment Reinsurance Scheme (her own political party – German CDU – voted against it in the European Parliament). During the previous term, we already observed very tight majorities on some of the most disputed proposals by the Commission, such as those on digital copyright, the mobility package and the coordination of social security systems. This trend is likely to continue, as majority-building has become more difficult after the elections. In some cases, particular opposition is likely to be found within the Council, such as with the bid to lift unanimity requirements on taxation policy. Since opposition to EU tax harmonization is concentrated among smaller Member States (such as Ireland, Malta, etc.), convincing these countries to accept qualified majority voting on a field where they are likely to be outvoted is going to be quite a challenging task.

– Increasing assertiveness of individual Member States, notably Poland and Hungary, which are fighting against several political initiatives proposed by their fellow Western partners (in particular on migration, environment, rule of law, deeper political integration, etc.). Additionally, these governments are now facing a more hostile EP due to the gains of critical forces, such as Greens/EFA and Renew Europe, in the latest European elections (in fact, the increased hostility was already visible during the hearings). These efforts to keep Orban and Kaczynski at bay, despite their high level of domestic support, are a political hot potato for the new Commission, as the institution will have to tread carefully in order to avoid a further deepening of the rift between East and West.

– Slow progress on issues that Member States tend to address as a zero-sum game, in particular on the Eurozone (indebted countries vs the rest) and the budget (net contributors vs net beneficiaries). These conflicts are likely to slow down progress on the reform of economic governance and the budget, in particular since the increasing political polarization across the continent lead the negotiating parties to be less willing to compromise on highly salient issues. The new Commission will try to find a balance between an increasingly dissatisfied South (where EU action is warranted to help countering economic stagnation and high unemployment) and the highly concerned Northern countries, which have to deal with public opinions that are not keen – to say the least – on further budgetary or financial transfers towards Brussels, Southern countries or other Member States.

– Macron’s geopolitical positioning, in particular with regards to his bid to make the EU less reliant on NATO, improve relations with Iran and Russia, and skepticism on EU enlargement. Macron’s bold foreign policy moves raised several eyebrows across the continent, especially in Berlin and Central & Eastern Europe. This approach is also likely to further increase the concerns with regards to the French push for EU reform (Macron’s EU proposals on trade, Eurozone integration and taxation, which are viewed with particular skepticism in both CEE and the Northern countries). This assertive approach by France also triggered significant reactions in the European Parliament, as shown by the rejection of the first French nominee for EU Commissioner (and the tight approval of the second nominee by the JURI committee) and the widespread opposition among MEPs with regards to Renew Europe’s proposals to reform the EU enlargement mechanism. This is likely to be a problem for von der Leyen, who needs the main political groups (Renew Europe, S&D, EPP) to be less conflictual in order to get things done.

– The need to address rising political polarization, by delivering on some of the topics that are on top of the EU agenda, such as migration and the environment. Diversity of views and interests across the Union would suggest that compromises are needed in order to pass new initiatives through the legislative institutions. However, the electoral rise of fringe groups are adding pressures on mainstream forces, which are becoming less keen on backing compromise solutions (as they are afraid to lose further support). For instance, the rise of the Greens is adding pressure on the Social Democrats and Renew Europe to support bolder climate action. Similarly, the rise of right-nationalists (ID group) puts pressure on the EPP (and others) to hardens its positions on undocumented migrants. As a result, some EPP members are becoming less willing to compromise with the left on such issues.

– The widening rift with the Anglosphere, as showcased by Brexit and the fraught EU relationship with US President Donald Trump. While it’s easy to blame the current status of affairs on individual politicians, some of the issues that complicate the EU-US relations have been there for a long time, such as the imbalances within NATO, the difficult bilateral trade relations (as shown by the ‘painful’ TTIP negotiations) and the US aversion towards projects of political integration such as the Eurozone (which gets its fair deal of bad press in the Anglosphere). With regards to the UK, while the Commission’s handling of the Brexit negotiations so far has been deemed as rather effective in protecting the interests of the Union, the most important decisions are just being procrastinated: the upcoming trade negotiations are not going to be easy. The Commission will have to tread carefully to ensure a positive long-term outcome for the Union. In fact, short-term consequences are not as worrisome as the potential long-term implications of the divorce between Brussels and London (in particular as the UK is set to continue working against the project of EU political integration, but this time from the outside).

This is just a shortlist of issues that the new Commission will be dealing with. Do you need more information? VoteWatch tracks all developments at the EU level and provides objective analyses after each EP plenary or major political developments. Contact us at [email protected] for tailored research, datasets or training on MEPs’ likely positions and majority building in specific areas.