José Manuel Fernandes, member of the Social Democratic Party (EPP), tops the list of the most influential Portuguese MEPs. He is the coordinator of the EPP in the important Committee on Budgets. He also drafted the report on the EU budget for 2016, as well as other budget-related instruments, such as the report on the European Fund for Strategic Investments (EFSI).

Carlos Zorrinho, member of the Socialist Party (S&D), places second in our Portuguese list.  He is the Head of the Portuguese delegation in S&D, as well as one of the Vice-Chairs of the EP Delegation to Brazil. He is active in drafting reports on issues such as the promotion of Internet connectivity in local communities, but also the programme on interoperability solutions for European public administrations, businesses and citizens.

Carlos Coelho, member of the Social Democratic Party (EPP), comes in third on our influence assessment list. He is the rapporteur on the files concerning Schengen Information System (SIS), in particular regarding border checks, as well as police and judicial cooperation in criminal matters. 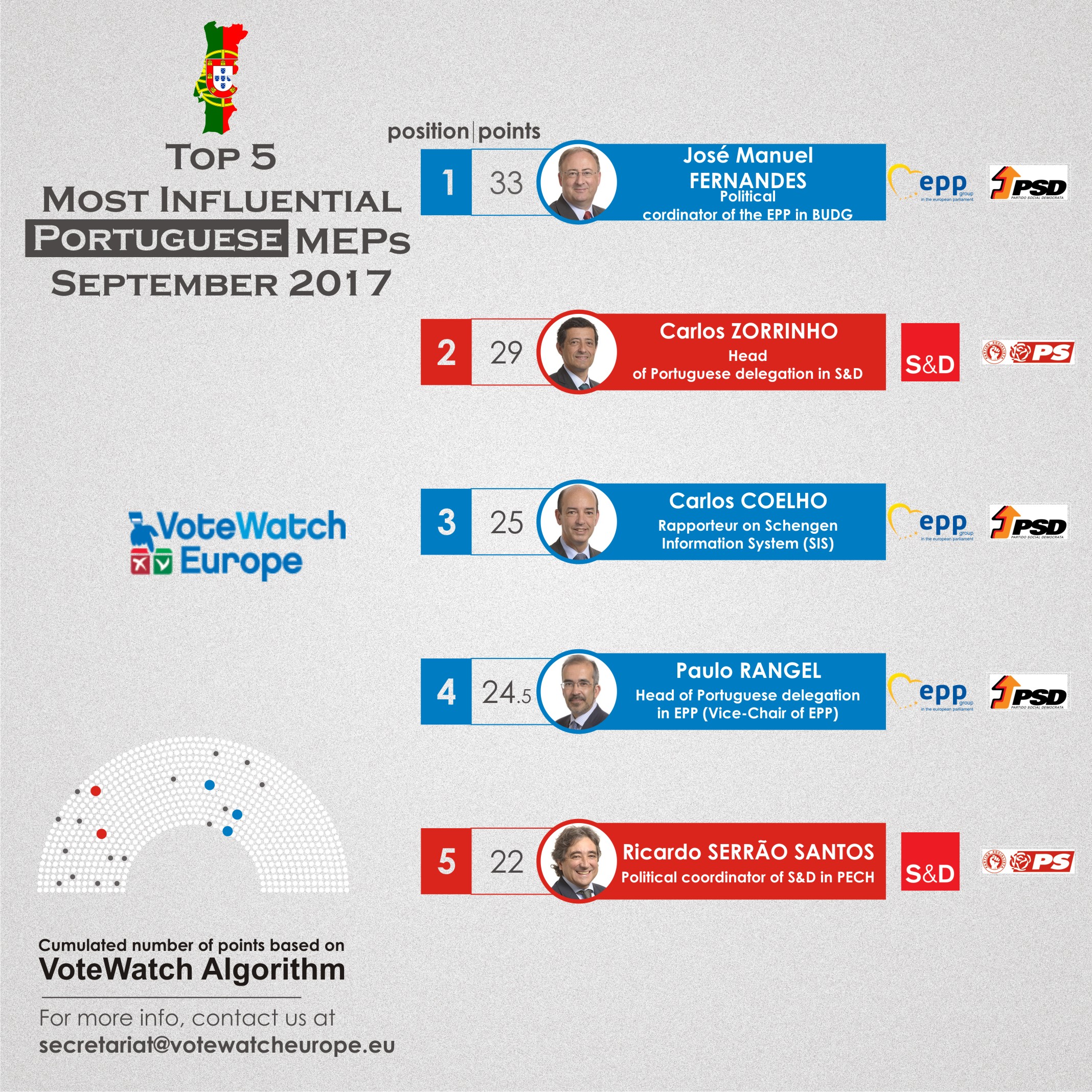