Heidi Hautala, member of the Green League (Greens/EFA), tops our list on the most influential Finnish MEPs. Hautala was first elected as an MEP in 1995 (year of Finnish accession to the EU). She is one of the Vice-Chairs of Greens/EFA group. She is also the coordinator of her political group in two different committees, the Committee on International Trade and the Committee on Legal Affairs. She is also very active in drafting opinion reports on several subjects, such as the deforestation of rainforests and the contracts for the online and other distance sales of goods. 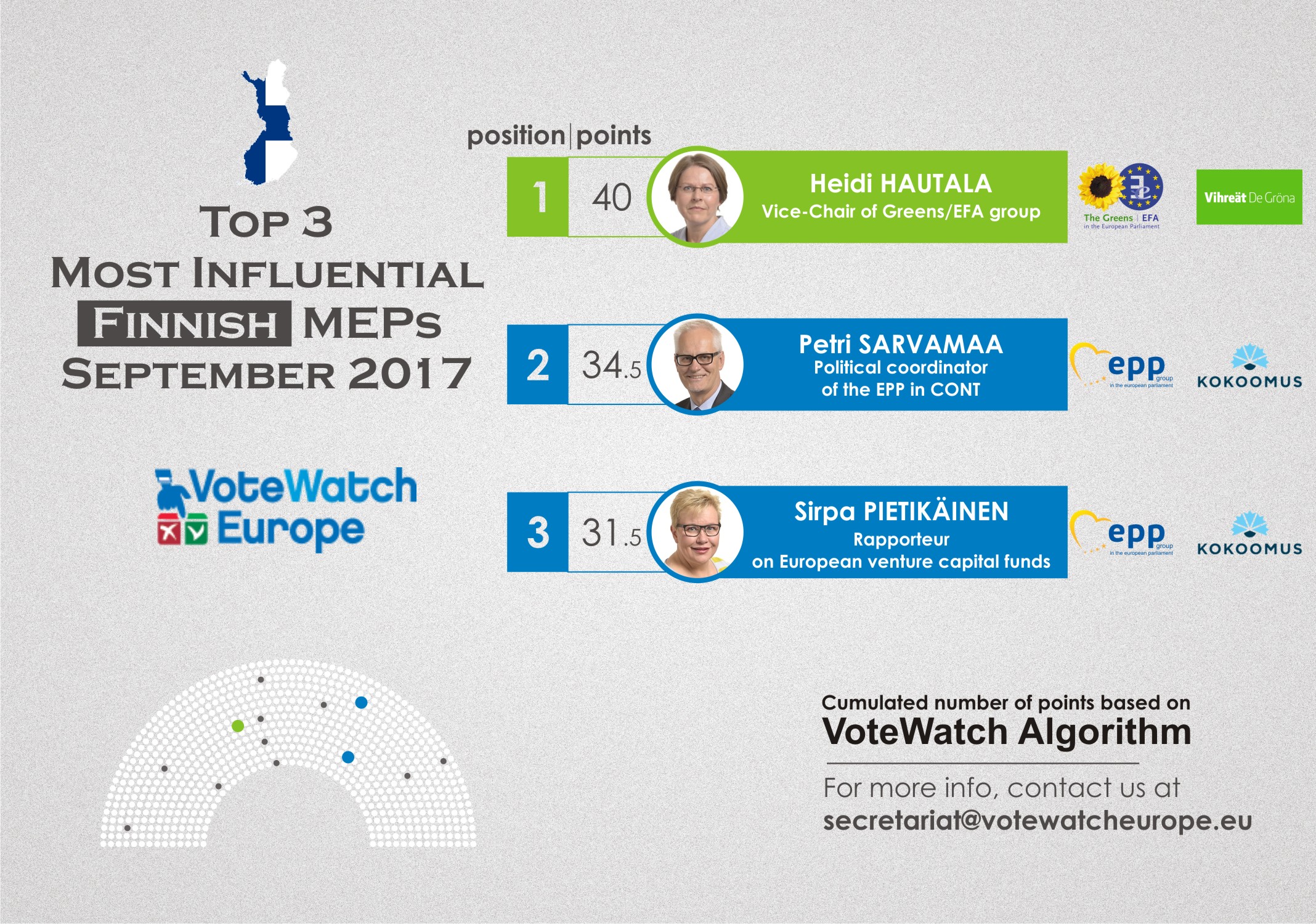