Bernd Lange, member of the Social Democratic Party of Germany (S&D), is the second classified on our list. He is the Chair of the powerful Committee on International Trade. Lange drafted several trade related reports, such the recommendations to the European Commission on the negotiations for the Transatlantic Trade and Investment Partnership (TTIP).

Ingeborg Grässle, member of the Christian Democratic Union (EPP), is the third most influential German MEP on our list (together with Simon). She is the Chair of the Committee on Budgetary Control. Grässle also drafted several reports on topics such as the fight against fraud to the Union’s financial interests by means of criminal law, the secretariat of the Supervisory Committee of the European Anti-Fraud Office (OLAF), as well as the simplification of the financial rules applicable to the general budget of the Union.

Tied with Grässle at the third place, we found Peter Simon, member of the Social Democratic Party of Germany (S&D). He is the political coordinator of S&D in the Committee of Inquiry into Money Laundering, Tax Avoidance and Tax Evasion (PANA).  Simon was assigned several reports related to EU financial policy: Capital Requirements Regulation, Capital Requirements Directive, Information accompanying transfers of funds, as well as a Common system of value added tax (VAT). 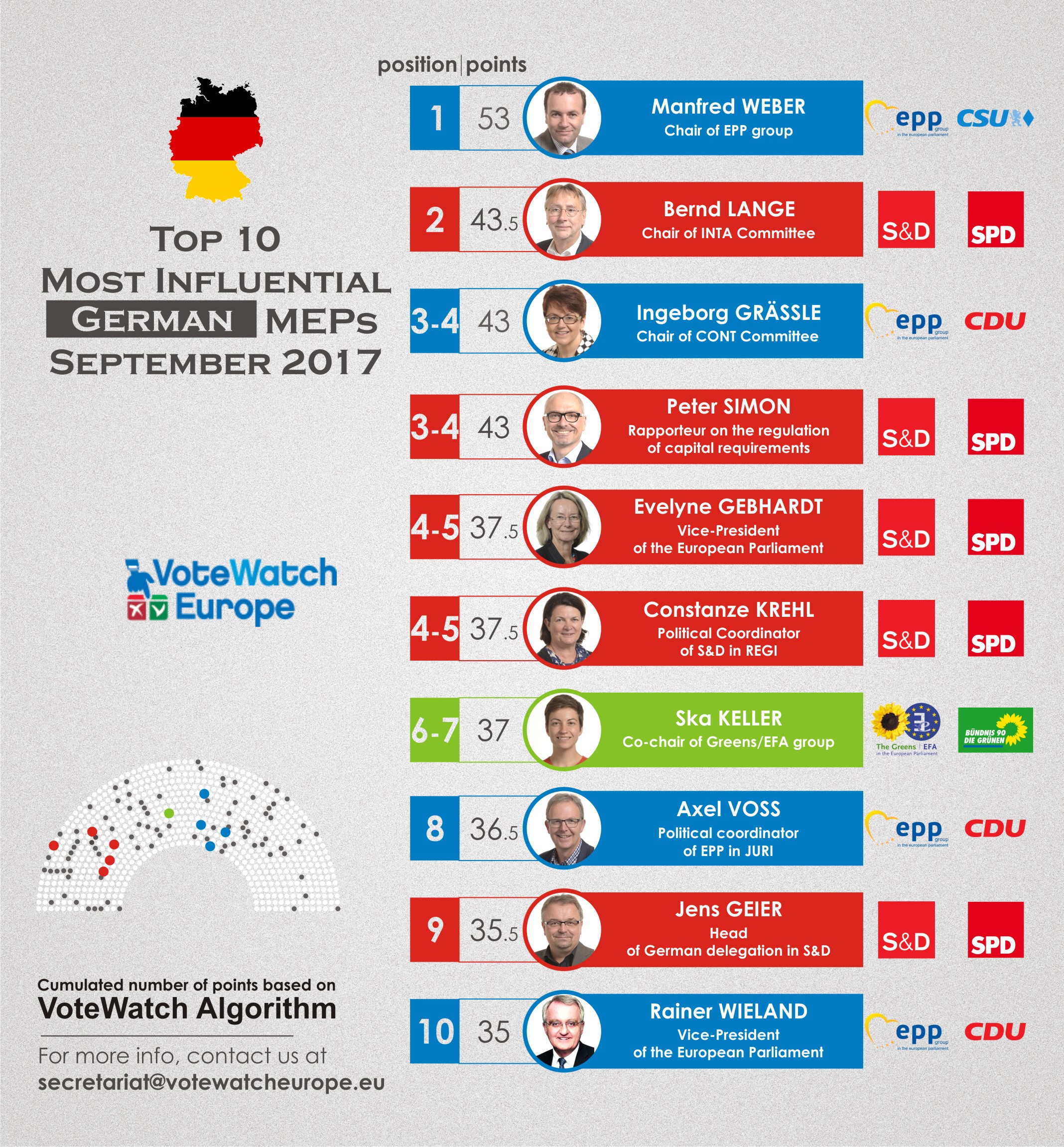