José Manuel Fernandes, member of the Social Democratic Party, is the most influential Portuguese MEP according to our assessment. Fernandes is an IT engineer and, before being elected to the European Parliament, he served as a mayor and national MP for his party in Portugal. In the European Parliament, Fernandes is in his second term and he is specialized in budgetary issues. He is the coordinator of the EPP in the Committee on Budgets, as well as the rapporteur on the 2016 general budget of the EU.

The second position belongs to Paulo Rangel, a well-known Portuguese within the European People’s Party. Lawyer by profession, he joined the EP in 2009. He occupies important positions in the EP, such as the chairmanship of the EP delegation to Brazil and vice-chairmanship of the Committee on Constitutional Affairs. He also plays an important role within his political group: not only is he a vice-chair of the EPP, but he also leads a think tank sponsored by the EPP, which is called European Ideas Network.

At the third position, we found a member of the Left Bloc (GUE-NGL), Marisa Matias. With a background in sociology, Matias participated in several missions to the Mashreq countries and this experience eventually led her to become the chair of the EP delegation for the relations with the countries in this area. Additionally, she is very active in economic policy: she is the coordinator of GUE/NGL in the Economic and Monetary Affairs Committee and the vice-chair of the special Committee on Tax Rulings (TAXE 2). 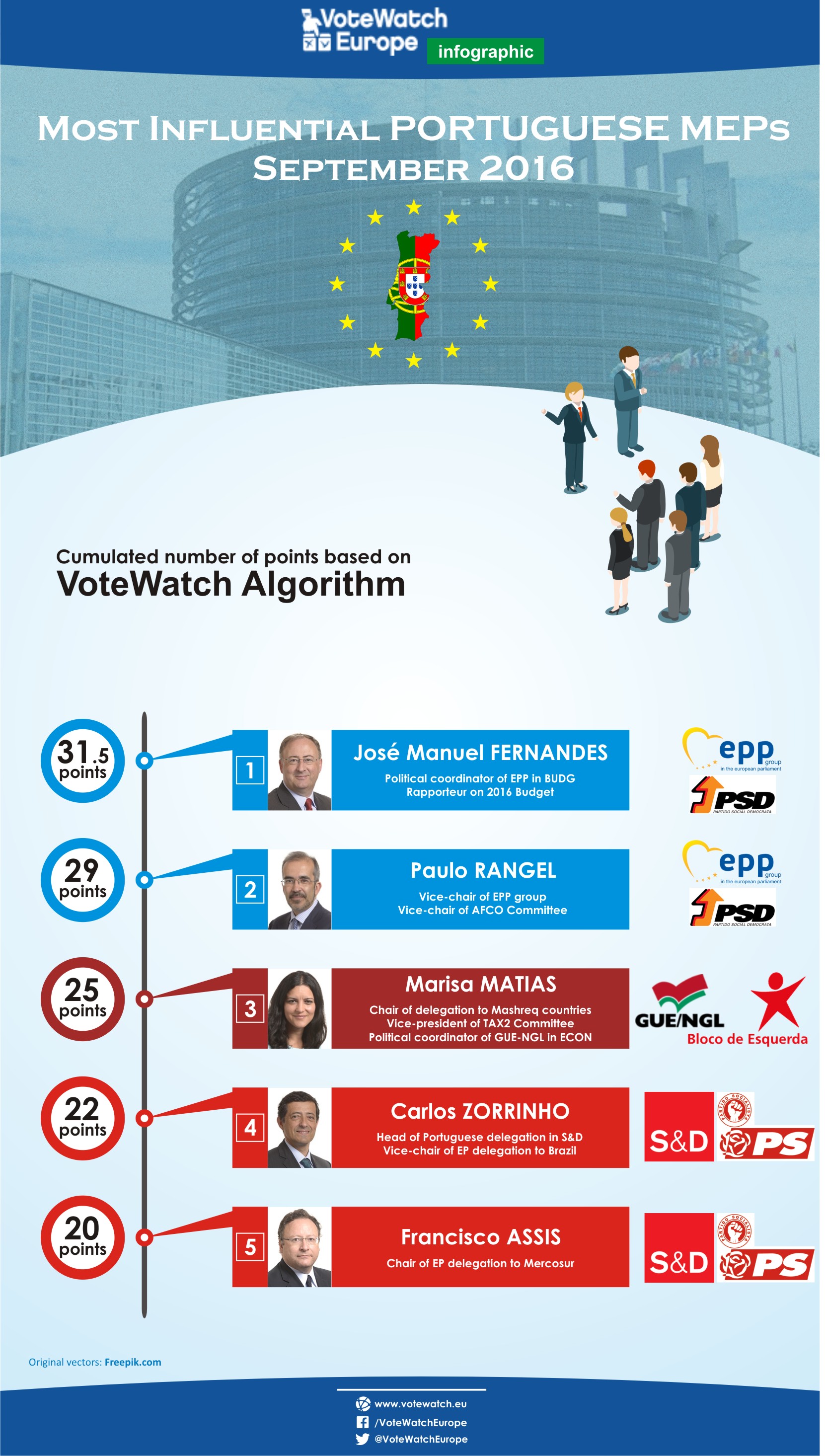