The most influential Latvian MEP, Krišjānis Kariņš, was born in the United States and moved to Latvia after finishing his doctorate in Linguistics in Pennsylvania. In Latvia, Kariņš created his own company on frozen foods manufacturing and distribution and founded the New Era party (EPP). After having served as Minister of Economy of Latvia for 4 years, he was elected to the EP in 2009 and has been the head of Latvian delegation in EPP since then. Kariņš also holds other important positions within his political group, as he is the political coordinator of the EPP two committees (EMIS and ITRE). He is also active on legislative files, for instance, he was rapporteur on the prevention of the use of the financial system for the purposes of money laundering. 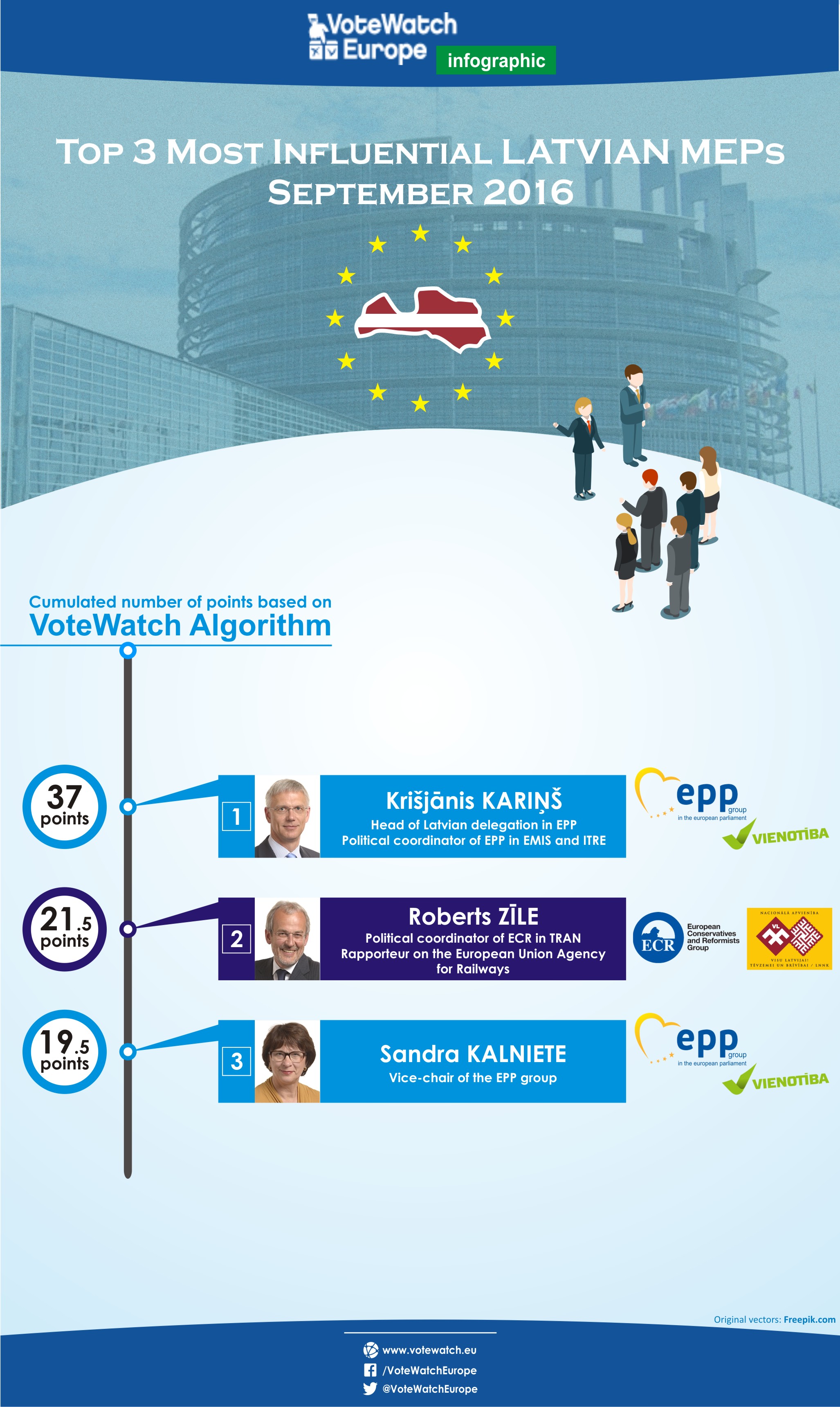