Petri Sarvamaa is the most influential Finnish MEP over the first half of this 8th term.  He has an atypical background: he worked as a freelance sport reporter and was the international coordinator and foreign editor of a TV channel: YLE TV news. Sarvamaa, who joined the EP for the first time in 2012, holds important positions related to budgetary policy. In fact, he is the Vice-Chair of the Committee on Budgets as well as the EPP coordinator in another key committee: the Committee on Budgetary Control. Additionally, Sarvamaa drafted several reports on the use of the European Globalisation Adjustment Fund. 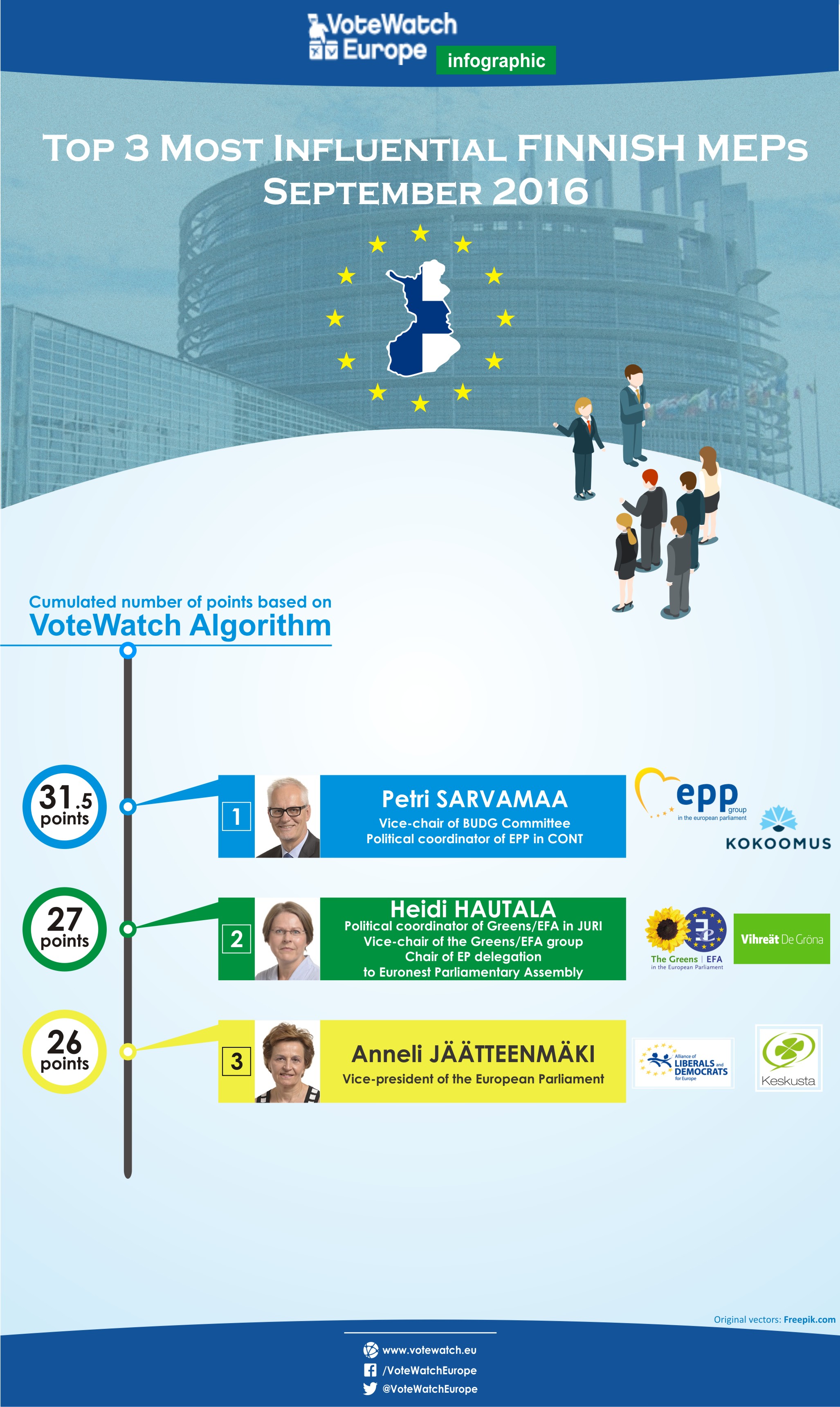