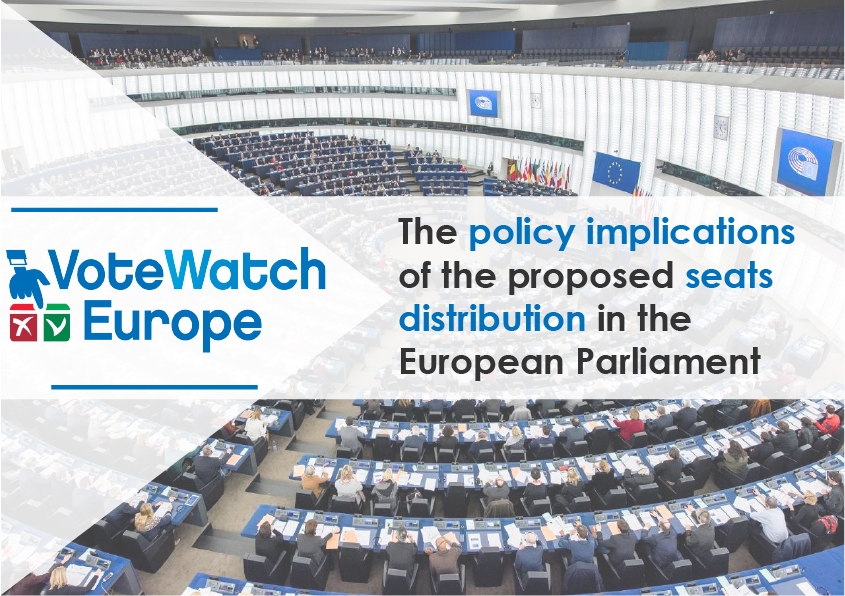 Given the upcoming UK withdrawal from the European Union, EU Parliamentarians are scrambling to share the spoils, namely the British seats in the European Parliament. The current draft proposal by the EP Committee on Constitutional Affairs aims at redistributing 27 UK seats to 14 currently under-represented EU countries and keeping the remaining 46 UK seats as a reserve for potential pan-European lists and future EU enlargement.

Clearly, the process of redistribution is highly political, as it affects the balance of power among different national groups in the European Parliament. The draft proposal would mostly benefit Western ‘Latin’ countries, namely France, Italy and Spain (currently underrepresented in relation to their population), which would see an increase in their influence in the legislative institution.

As the main beneficiaries tend to see eye to eye on several policy issues, we decided to investigate the policy impact of the proposed distribution of seats (this is an extension of our previous report on the policy impact of Brexit). We found that, all other things being equal, the current draft composition of the EP would lead to more progressive environmental and energy policies, more protectionist trade policies and an increased focus on the Eurozone.

Yet, the dynamics behind coalition-building in the EP could further evolve if the option to set up transnational lists in joint constituencies is ultimately implemented, although this initiative was ill-received by several EPP Parliamentarians as well as small national governments. The Council will ultimately have to vote by unanimity on the electoral reform, meaning that the most ambitious proposals are unlikely to pass. Further hints on the current political consensus on the allocation of seats in the EP will come from the upcoming vote in the next plenary session in Strasbourg.

Stay tuned to VoteWatch Europe to discover how EU Parliamentarians will vote next Wednesday! For further information on the latest developments at the EU level, feel free to contact us at [email protected]

According to the proposed redistribution, large Western ‘Latin’ countries like Italy, Spain and France are set to become the biggest beneficiaries of the proposed allocation of seats. In total, they will gain 13 additional seats, taking up nearly half of the 27 UK seats that are up for redistribution (see infographics below). Given that these three countries often share similar policy preferences (such as an overall protectionist and interventionist economic orientation), this reinforced Latin bloc is expected to become more influential in the new European Parliament.

In terms of influence, Italian MEPs are already punching above their weight in the EP, whereas the French delegation is dogged by political fragmentation and the political isolation of Le Pen’s National Front (for more information, check our latest influence assessment). 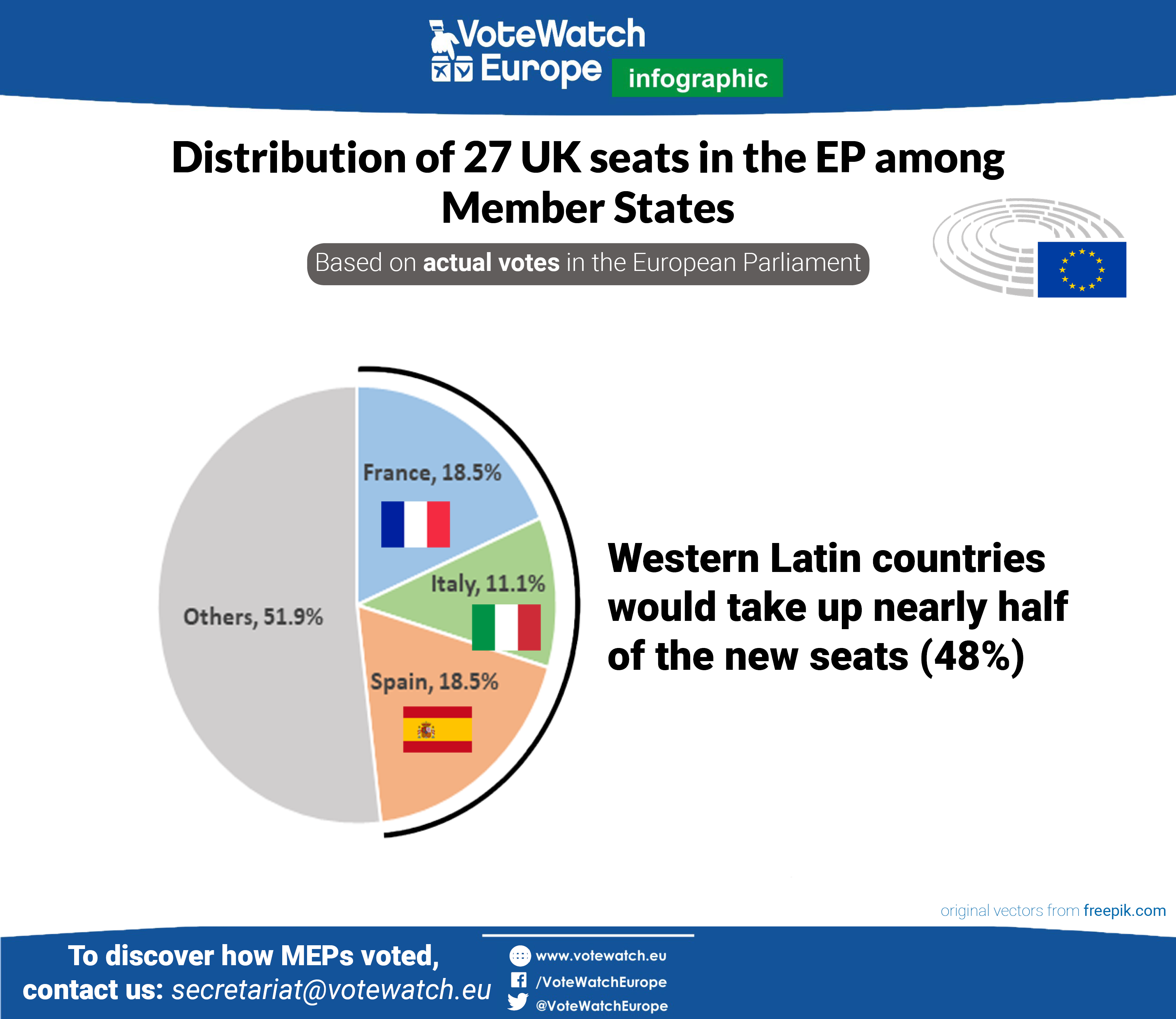 On the other hand, the remaining seats will be distributed across Northern, Central and Eastern European countries. However, these national delegations have more diverse policy preferences (i.e. they are unlikely to act as a bloc), meaning that they are set to gain less influence than the Western Latin group.

The new distribution of seats bodes well for the stakeholders who are supporting a more environmentally progressive Europe. Our previous assessment on environmental policy shows that Italian and Spanish MEPs, on average, are keener on backing additional cuts on greenhouse gases, stricter rules on animal welfare, more ambitious targets on waste management. As things stand now, national groups that tend to support more progressive environmental policies are expected to gain much more seats than countries who are less supportive. An important factor is also played by the departure of British MEPs, who are usually siding with the supporters of a more gradual approach.

Likewise, the new composition of the EP is likely to favor the supporters of stronger public support for renewable energy sources. Our previous assessment on energy policy showed that Italian and Spanish MEPs are, on average, highly supportive of a faster transition to renewable energy, whereas the departing British MEPs are keener on a gradual transition. 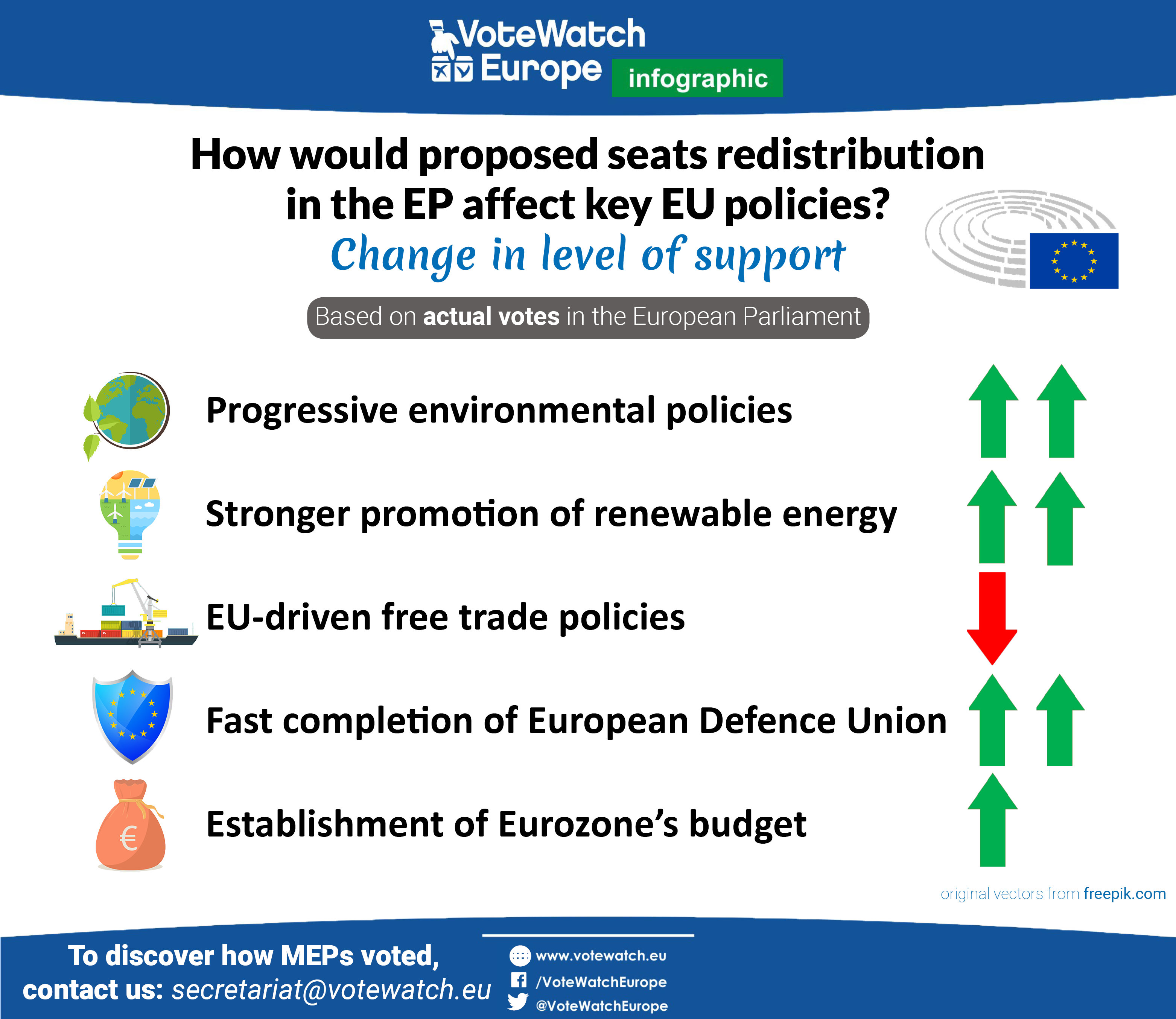 As for the issue of free trade, our dedicated assessment identified a cleavage between national groups that tend to support more protectionist policies, such as the Italians, French and Greeks, and the national groups that tend to be more supportive of free-trade policies, such as the CEE and Nordics. Again, since France and Italy are set to gain many more seats than other countries, the protectionist forces are likely to gain more influence in the new European Parliament.

This shift in the balance of power might pave the way for the European Parliament to support what French President Emmanuel Macron has long been advocating for, namely that future EU trade agreements should focus on protecting citizens from the negative impact of globalization.

The presence of MEPs from Eurozone countries is set to increase

In his 2017 State of the Union speech, European Commission President Jean-Claude Juncker said that “the Parliament of the euro area is this European Parliament”, therefore rejecting the call for the establishment of a separate institution encompassing only representatives from the Eurozone countries.

Although Juncker was referring to the future adoption of the euro as a currency by all Member States, his vision might materialize faster than he had expected. Brexit is accelerating the transformation of the European Union into a Monetary Union, with the biggest non-Eurozone country leaving the Brussels-based institutions. According to the proposed seats reallocation, MEPs from Eurozone countries will increase their seats by 22, while MEPs from non-Eurozone countries will see a fall of 68 seats (British seats included).

Therefore, although non-Eurozone countries currently hold more than one-third of seats in the EP, under the current proposed redistribution, their share of seats will fall to about 27%. As a result, the new Parliament is likely to be more prone to debate issues related to the Eurozone, such as the creation of a Eurozone’s budget. 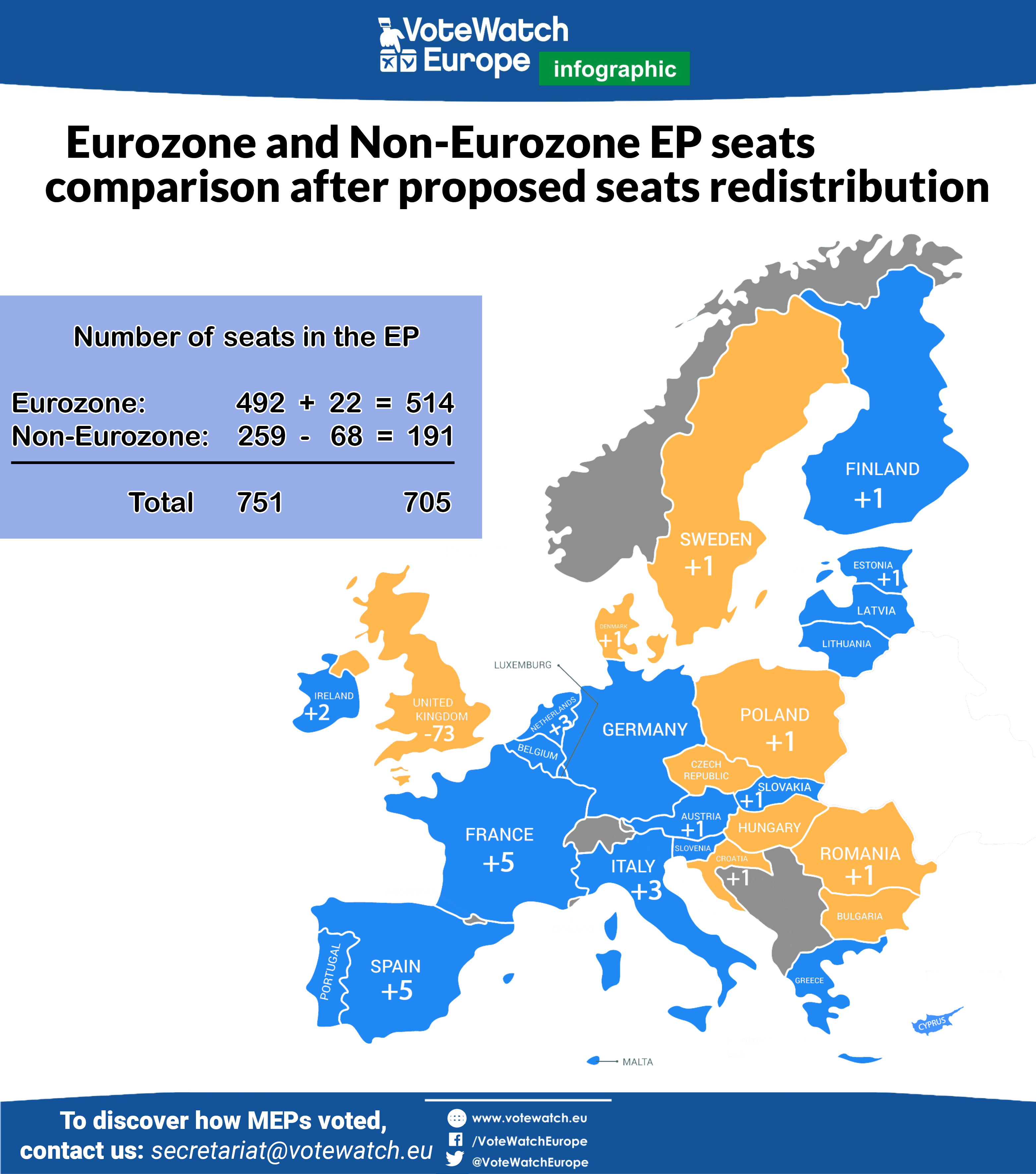 Of course, the balance of power in the new European Parliament will be also impacted by the results of the EP elections themselves. As things stand at the moment, the post 2019 elections EP may look very different from the current one: in addition to the Brexit effect, the size of some of the groups is likely to change substantially, as well as the balance of power between nationalities within these groups. Additionally, new groups may be formed, such as a new group lead by Macron’s followers. All these changes would have tremendous impact on the coalition building in the new EP. To stay up to date with forecasts, follow VoteWatch’s reports and join us at the events that we will organise in the remaining year to the elections.

Do you want to get ahead of the game when analysing European politics? Discover more about the upcoming political developments in both the European Parliament and the Council, by sending us an email at [email protected]