Home Votewatch » Survey results: how does Brexit impact on EU initiatives and politicians? 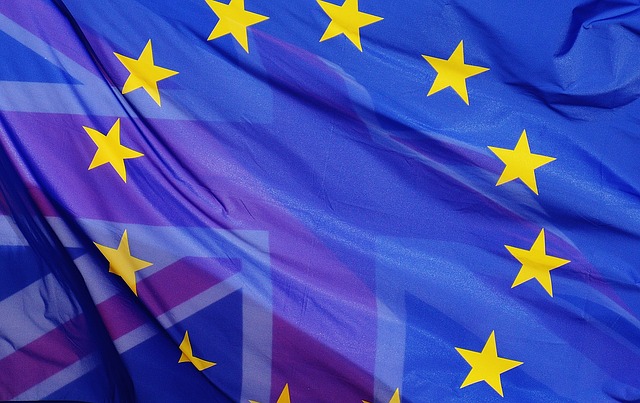 There is a lot of uncertainty about how Brexit will impact on the current EU initiatives and its highest level politicians. Various officials are trying to spin the narrative so that they can leverage Brexit to back their agendas. But will this work? How will Brexit actually influence the commitments to the EU integration of the remaining Member States? How will it affect TTIP negotiations, the REFIT, digital single market, or the relations with Russia and China? Will Juncker, Tusk and Schulz stay until 2019 as Presidents of the key EU institutions?

In the aftermath of the referendum, we have surveyed 105 EU experts (working in the EU institutions, mass media, thinks tanks, national civil servants in the Council and NGOs) on the condition of anonymity (see break down by sectors in the annex).  This is what they have told us:

One of the greatest fears of the EU supporters is that the Brexit vote could potentially trigger a domino effect across other countries. However, almost half of the respondents do not think that another referendum on the permanence in the EU will be held in the near future.

Nevertheless, if this were to happen, the Netherlands is considered the most likely country to hold a referendum on its permanence in the EU (11% of responses), while a second referendum in the UK is also seen as a possibility by an equal number of experts (11%). However, despite a petition that was signed by more than 4.1 million people following the Brexit vote, the British government has roundly denied (at least for now) a call for a second vote.

After the Netherlands and the United Kingdom, the most mentioned country to possibly hold a membership referendum was France. The results seem to indicate that the presence of strong far-right wing parties is considered as the most important driver of a potential referendum on EU-membership (both French National Front and Dutch Party for Freedom are leading in the opinion polls).

The far-right leaders of both parties have called for a referendum: Geert Wilders, the leader of the Party for Freedom, have said that the Netherlands deserved a “Nexit” and Marine Le Pen (National Front) have argued that the French people must also have the right to choose. Even though an actual referendum is not on the table of the current governments of these countries, both of them will face elections next year, which the far-right forces might turn into “de facto” referenda on the EU. This will demand a strong and convincing response from the mainstream pro-EU forces.

Interestingly, countries stricken by the economic crisis and unemployment, such as Greece and Spain, were rarely mentioned as likely to hold EU membership referenda. 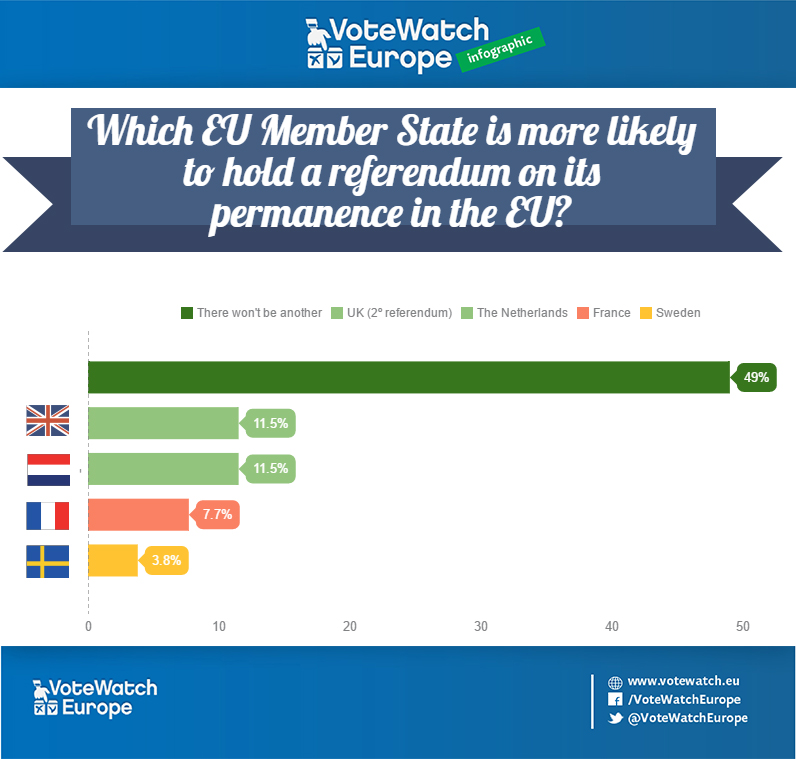 The Netherlands, Denmark and Sweden are seen as most likely to lose influence in the Council post-Brexit

The Netherlands is going to lose the most influence in the Council after a Brexit, the majority of respondents say. More than 40% of them are also convinced that Denmark and Sweden will lose influence in the European body representing the national governments. A smaller, though substantial, number of respondents (26%) think that Poland is going to lose out from a Brexit.

The answers are in line with the results of our recent report that analysed the coalition-building dynamics in the EU council based on over 22.000 votes cast in the past 7 years. The study revealed that the Netherlands, Sweden and Denmark have been the best allies of the UK in the Council, so they will lose the most after UK’s departure. It has to be stressed that the decisions in the Council are influenced less by the strength of the economy, and much more by diplomacy and negotiation practices, thus, in order to be effective, a country needs to find allies with similar positions. After the Brexit, these countries will have to review their coalition tactics, or risk becoming more isolated on the EU’s stage, which would then fuel Euroscepticism at home.

From another perspective, a striking majority of respondents (75%) think that France will lead the Council after Brexit and more than 50% of them also consider that Germany will gain influence. After Germany, the most mentioned country is Italy. In fact, coalition-formation data shows that France and Italy have been close allies in the past years, as they have voted together in 99% of decisions since Matteo Renzi became Prime Minister.

Interestingly, very few experts think that other largest Member States, Spain, Poland and Romania, will gain more influence in the Council after a Brexit. However, our study based on coalition formation patterns in the EU Council indicates that these countries will gain in potential influence. Notably, all three of them have higher coalition scores with France than with Germany. Therefore, after the Brexit, Italy and France will find it easier (and will thus be tempted) to build blocking minorities with them if they do not like a piece of legislation, whereas doing the same is more difficult for Germany.

The difference between experts’ perception and the coalition trends indicated by the voting data can be explained by either the fact that the influence of these countries is less visible (ie. they are less vocal, but operate more behind the scenes), or, more likely, by the fact that these governments are unable to use their full potential of influence because of various political or diplomatic reasons (such as weak political support for the government at home in the case of Spain and Romania, or increasing isolation of the Polish government because of the recent internal developments).

Juncker, Tusk and Schulz are likely to stay on until 2019, experts say

The three Presidents of the European institutions are likely to stay on until the end of their terms in 2019, according to our respondents. However, EU experts think that Donald Tusk is way more likely to be re-elected President of the European Council (79%) than the current President of the European Parliament,  Martin Schulz (58%). Tusk seems on his way to overcome his main obstacle, ie. reach an agreement with his national rivals currently governing over Poland, while Schulz still needs to reach an agreement with the EPP family to stay for a highly unusual third term as EP President.

On the other hand, almost 65% of respondents think that Juncker will hold his position as President of European Commission until 2019. After the UK referendum, the Polish and Czech governments openly asked for his resignation, Czech Foreign Minister Lubomír Zaorálek saying that “Juncker is not the right man for the job”.

Furthermore, some media suggested other scenarios. According to The Guardian, securing the UK’s continuing membership of the EU would have given Juncker, who allegedly has health problems, an excuse to retire. But now, given the unprecedented events, the pressure to provide political stability is greater than ever. Quite interestingly, the president of the EU’s executive body saw his support among EU Parliamentarians reinforced after the Brexit referendum, as 73% of MEPs voted against an amendment tabled by the far-right EFN group asking for Juncker’s resignation (these are more MEPs than those who voted to invest Juncker as EC President in 2014). 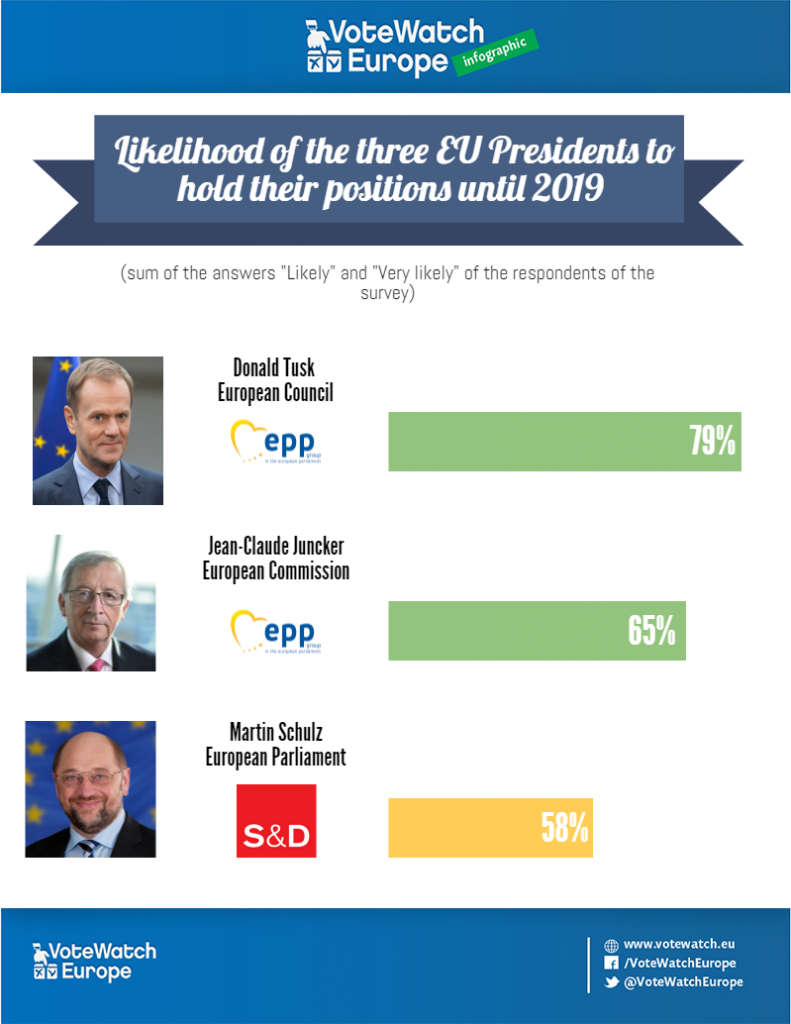 EU specialists indicate that the Transatlantic Trade and Investment Partnership (TTIP) would be the most negatively affected initiative by the outcome of the Brexit referendum.

The US-EU trade deal has been plagued by a lot of controversy on both sides of the Atlantic. The UK’s Conservative government has always been a staunch supporter of TTIP, whereas the French Socialist government is far more skeptical on the benefits of the trade agreement (not to forget that another key government, the German one, is facing a public opinion highly hostile to TTIP). However, the EU Trade Commissioner, Cecilia Malmström, stated that nothing has changed, “as the TTIP remains as strong as before Brexit”, and explained  Commission’s intentions to conclude the round of negotiations before the end of the Obama administration.

According to the respondents, the accession of Turkey to the European Union is the second most negatively affected initiative. Turkey has lost its best ally in Europe, as the UK has been the strongest supporter of the accession of this country to the EU. Needless to add that the ongoing internal developments in Turkey can only catalyse this effect. Additionally, Turkey has had more problems with other countries, after the German Parliament voted in favor of labeling the 1915 killings of Armenians by Ottoman Turks as genocide two months ago.

Deregulation agenda was also chosen as one of the most negatively affected, as the UK has been a key player pushing for cutting the EU’s red tape. Therefore, the forces that want the EU to regulate less will lose an important ally when advocating to reduce bureaucratic barriers, as also shown by our report that looked at the top 5 effects of a possible Brexit (how the EP and the Council are going to legislate in the absence of the British representatives).

On the other hand, the experts think that the macroeconomic coordination between the members and the Energy Union will be positively affected by Brexit. According to the respondents, these policies will be now easier to legislate. 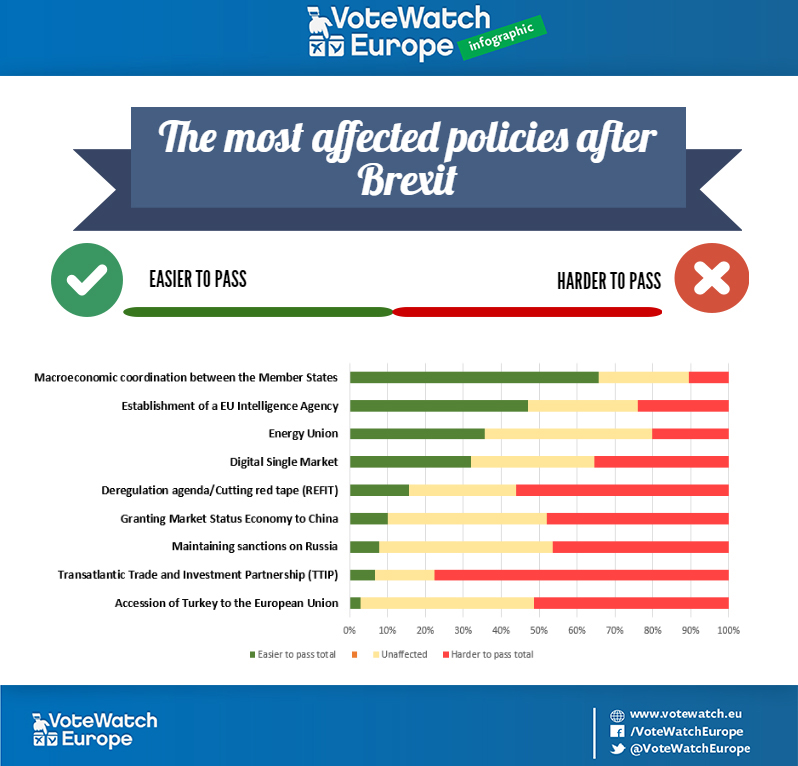 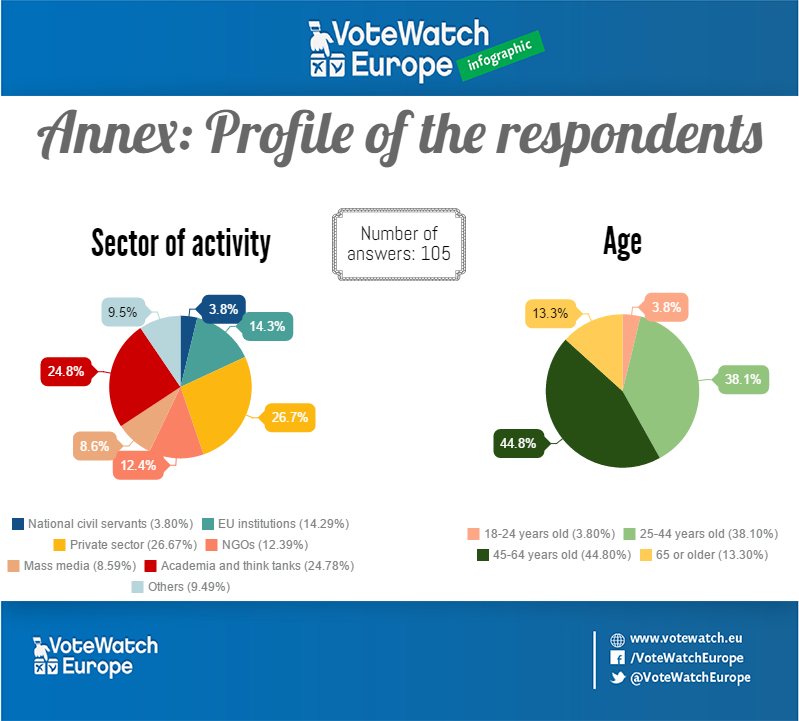