Home Votewatch » Special report: Would Brexit Matter? The UK’s voting record in the Council and the European Parliament 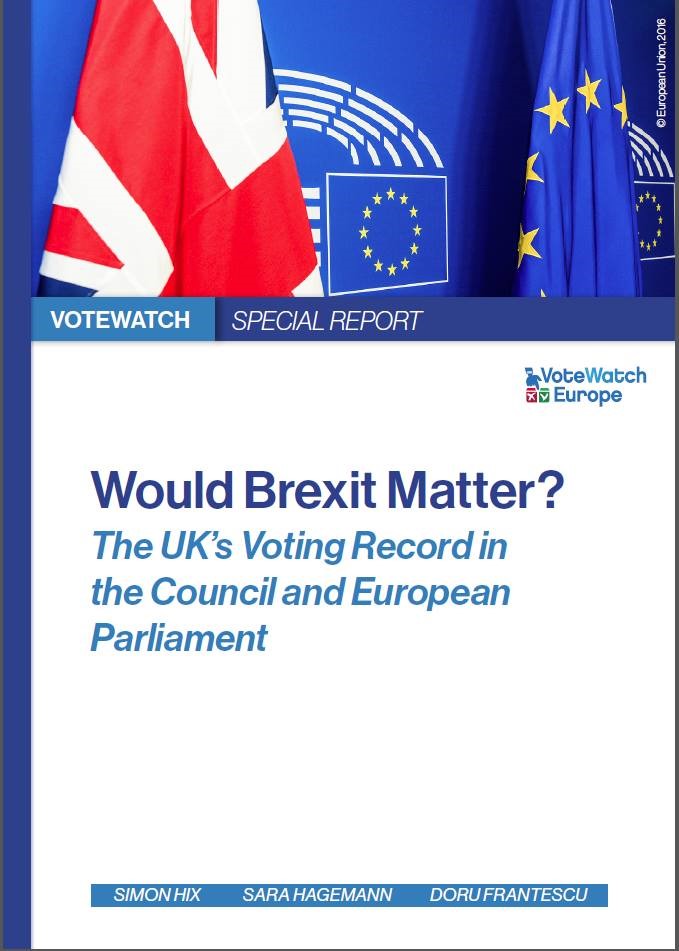 The UK is the most outvoted Member State in the EU Council. However, it has supported more than 97% of the EU laws adopted in the last 12 years, a new report published by VoteWatch Europe shows.

The analysis looked at the role played by the UK’s Government and its MEPs in shaping the EU policy over the past 12 years. According to the study, the UK seems to have diminished its influence in the European Parliament in recent years, as a result of self-distancing of some of its own party delegations from the EU’s mainstream political families, as well as due to the results of the latest EU elections in the UK. Nevertheless, UK MEPs have captured many powerful agenda-setting positions, such as rapporteurships of key EU legislation and EP committee chairmanships

The data shows that Sweden, the Netherlands and Denmark are UK’s closest allies in the EU Council and would lose an important ally if Brexit occurs.

The study also argues that the main losers of Brexit among EU’s stakeholders are those that promote less regulatory burden for EU businesses and stronger protection of copyright. Last but not least, a possible Brexit would also push the remaining EU governments to pay more to EU’s coffer.

Click to check the full report’s facts and figures.