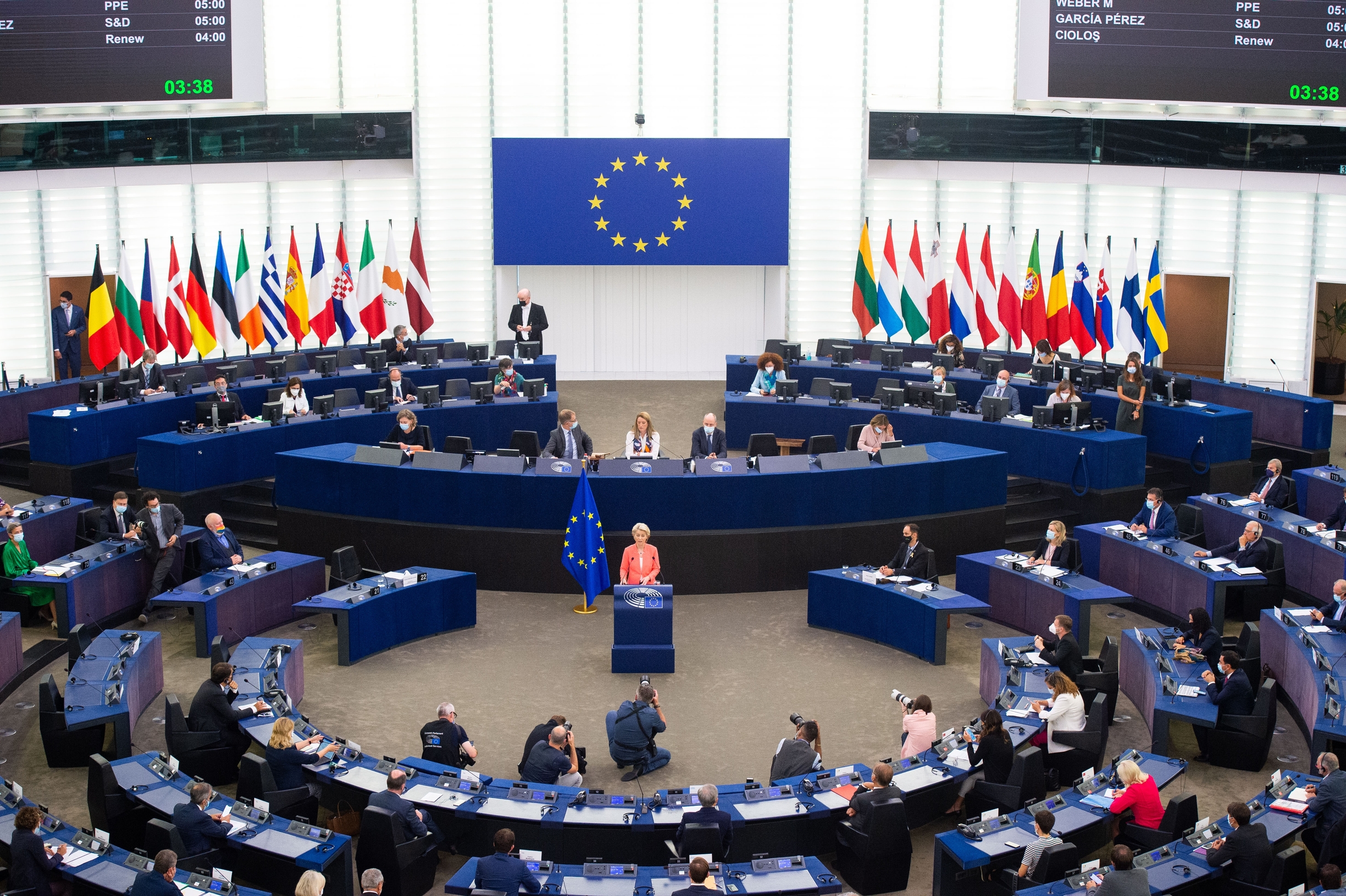 Lessons learned from this month’s key votes in the European Parliament (click on the links to check the breakdown of the votes):

Importantly, the positions of some MEPs do change between the indicative votes on own-initiative reports and the decisions on the actual legislation, potentially turning a minority into a majority or vice versa. In order to forecast which MEPs/parties might swing (and which hold strong/stable views), use our influence matrices (or contact us at [email protected]).

The Parliament’s own initiative report on the implementation of EU requirements for exchange of tax information provided an opportunity to assess the positions of MEPs on adopting qualified majority voting in the Council on tax matters. The political support for such a move seems to be decreasing, as a narrow majority (-55 MEPs) rejected this proposal, which comes in stark contrast with the broad support for a similar proposal we observed in December 2019. The rejection of this proposal highlights a left-right divide, with the right leaning parties (EPP, ECR, ID) mostly opposing this initiative and the left leaning parties (The Left, Greens/EFA, S&D) supporting the introduction of qualified majority voting. Notably, the EPP has shifted its previous position from supporting to opposing the introduction of qualified majority voting in tax-related matters. As forecasted by VoteWatch Europe, the EPP plays a pivotal role in taxation initiatives and its position is therefore decisive to build winning coalitions, as reflected by its key role on shifting the balance of power to the pro-market camp. The potential loss of control of the government in Germany by the EPP (and implicit loss of control of the process of voting in the Council) may explain this shift of the EPP.

MEPs from small Member States also oppose losing their veto power in the Council, as it is reflected by the position of MEPs from Estonia, Ireland, Lithuania or Czech Republic within Renew Europe, and that of S&D members from Malta or Sweden.

To learn more about coalition building dynamics on EU taxation policies, including how to identify the most influential MEPs and pivotal voters, find our dedicated influence matrix here.

The Parliament’s resolution on animal testing provides an opportunity to assess the current positioning of MEPs as well as the balance of power amongst political groups on proposals related to animal welfare, biodiversity and chemical legislation. Importantly, The Left, Greens/EFA and S&D seem to currently hold a narrow majority (+32 MEPs) in favour of implementing an action plan on animal testing, including clear reduction targets for phasing out such practices. Renew members are opposing setting targets in the upcoming action plan, even if divisions within its ranks prevent them to tilt the balance of power in favour of the free market camp.

A different balance of power is observed when it comes to extending phasing out of animal testing to other policy actions, notably in the context of the REACH regulation (Registration, Evaluation, Authorisation and Restriction of Chemicals) review. For this particular proposal, the coalition formed by The Left, Greens/EFA and S&D falls short of securing a majority (-11 MEPs only). Stakeholders should pay particular attention to Renew members showcasing a more pro-market stance, allowing the EPP to be on the winning side of the vote alongside ECR. This goes to show that despite Renew Europe often supporting more ambitious climate regulation, as identified by VoteWatch, they also retain their liberal views and can play a pivotal role in shifting the balance of power in favour of the pro-market camp.

As we are constantly developping new advanced mappings of MEPs on new policy areas, keep an eye out for our upcoming matrices on chemicals, biodiversity and animal welfare.

Latest votes on the European Commission proposal for the Guidelines for employment policies in the European Union highlighted the narrow support (+20 MEP) for further integration of the principles of the European Pillar of Social Rights in the European Semester. As forecasted by our analytical tool on social policies, MEPs continue to have rather different views on these issues, the differences being notable both based on nationality and political values. The support for further integrating the principles of the EU Social Pillar in the EU Semester presented a left-right divide, with the left leaning groups (The Left, Greens/EFA and S&D) supporting the initiative and the right-leaning groups (EPP, ECR, ID) mostly opposing the further coordination of social policies to the European level. Social policy and employment initiatives trigger strong geographical divisions in the European Parliament, especially amongst Renew members (and to a lesser extent EPP). As previously highlighted by VoteWatch, MEPs from Northern Europe tend to generally oppose the ‘Europeanisation’ of EU social policies while MEPs from Southern Europe strongly support it. Stakeholders can expect this trend to continue throughout the term, with Renew members from Scandinavian countries, Germany or the Netherlands consistently opposing increased EU social harmonisation.

Similar trends can be observed in a proposal aimed at enabling the participation of the European Parliament in the definition and establishment of the Integrated Guidelines for Growth and Jobs. While MEPs tend to broadly support stronger involvement of the European Parliament in developing EU policies, this vote clearly reflects the geographical and political divisions present when it comes to the EU Social Pillar. In this specific case, divisions also extend to political families on the left of the political spectrum, as shown in the dedicated breakdown of the vote below.

While unsurprisingly an important part of the debate on foreign affairs is centered around the ongoing situation in Afghanistan, the Parliament’s own initiative report on EU-Russia relations also includes insightful developments. One particularly divisive topic concerns energy dependency vis-à-vis Russia, particularly in the context of the Baltic Nuclear Power Plant (Baltiyskaya NPP). A large majority of members (+287 MEPs), notably from ECR, EPP, Renew and Greens/EFA, is showing strong support for adopting measures that would avoid further Russian expansion into EU energy markets by not allowing energy from projects such as the Baltiyskaya NPP to be sold in Europe. This reflects a rather strong and concentrated effort from the European Parliament to limit the influence of Russian nuclear energy in the EU. The abstention of S&D members does reflect a certain hesitancy within its ranks. Their position, alongside that of The Left MEPs, is based on geopolitical rather than environmental considerations, as both political families tend to be critical of nuclear energy.

Interested in learning more about the level of support from MEPs for different energies? Keep an eye out for our upcoming tool on energy.

The European Parliament’s resolution on Afghanistan also provides the opportunity to assess the current state of EU-Pakistan relations. In light of current events in the region, MEPs largely support (+117 MEPs) reviewing the country’s eligibility for the EU General Scheme of Preferences (GSP+). This represents an immense shift in the positioning of MEPs, as 97% of them supported questioning GSP+ status for Pakistan in a similar vote in April 2021. Given that such a status is currently removing import duties from products coming from Pakistan, a possible explanation for such decreased support could stem from the geopolitical and humanitarian importance of Pakistan in the context of the ongoing situation in Afghanistan.

The Parliament’s resolution on the United Arab Emirates provides important insights on the evolving level of support for human rights sanctions against different third countries. A large majority of members (+209 MEPs) support the adoption of EU targeted measures against individuals in the United Arab Emirates in the case of proven violations, a position that is not shared by EPP members. This is not to say that the EPP group does not support the EU Global Human Rights Sanctions Regime as such, but rather they oppose its use against US allies, as shown in their voting behaviour on similar votes. Recently, EPP members voted against making use of sanctions against another US ally, namely Saudi Arabia (find the dedicated breakdown of the vote here). In parallel, they supported such measures against China, Russia and Iran, as previously identified by Votewatch.

From a stakeholder’s point of view, this shows the importance of identifying underlying interests behind each specific vote in order to forecast possible changes in the position of MEPs, rather than expecting them to maintain the same voting behaviour across all votes.

To learn more about the positioning of MEPs on foreign affairs, find our dedicated tool here.