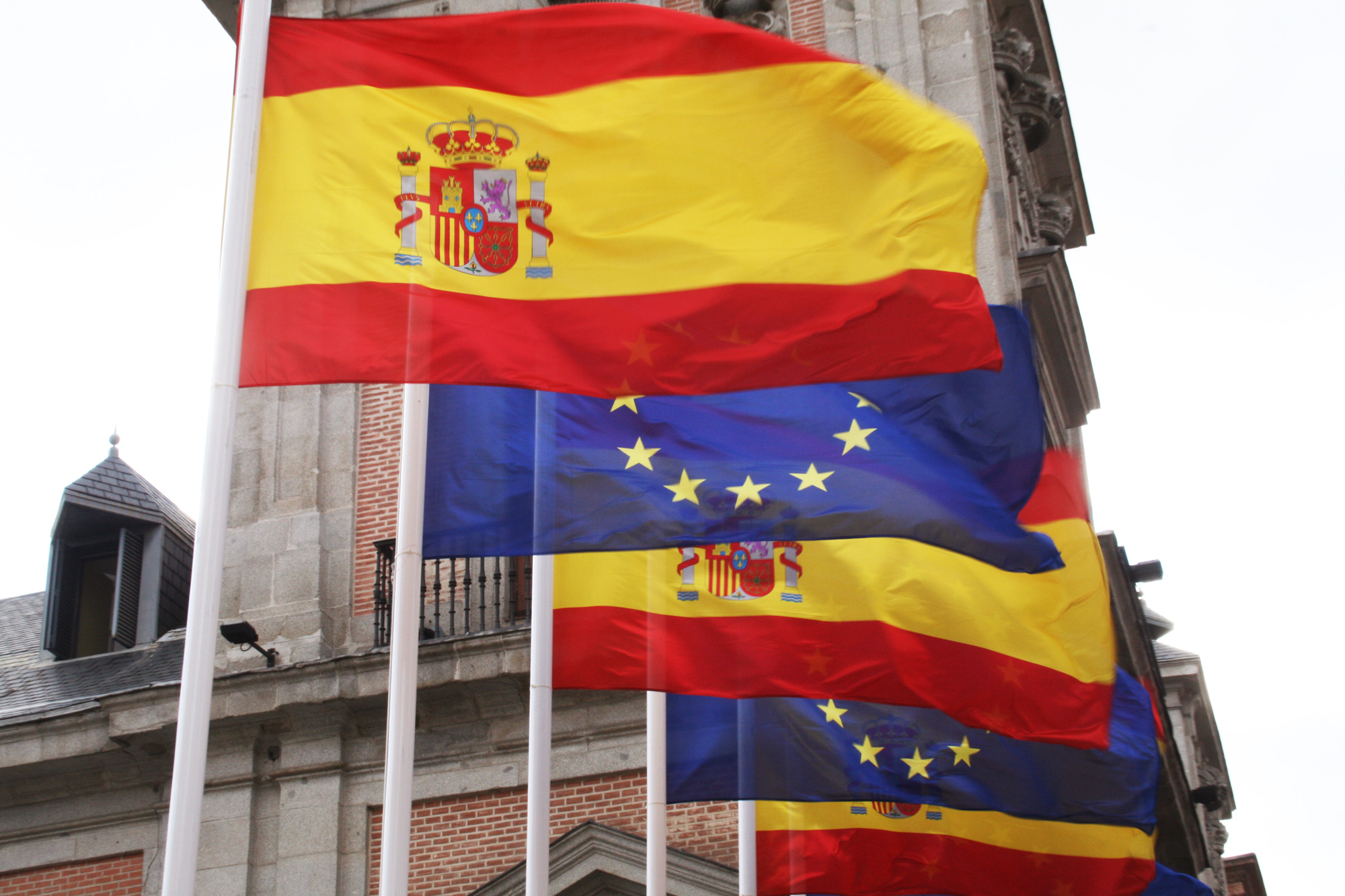 This report is part of a series analyzing the voting behavior of Italian and Spanish parties while taking part in EU decision-making.

During the past few years, Spanish and Italian politics have been in the global media limelight as their established political parties struggled to maintain legislative majorities with newer parties chipping away at their electorates. The increasingly volatile and fragmented Spanish electorate has been called to the ballot four times in five years, while Italian voters boosted the political extremes into the mainstream. As neither Spanish nor Italian parties managed to secure the essential legislative majority for forming governments, they played the coalition-forming game with rather limited success. At the moment, both of them are governed by coalitions made up of “old” left and “new” (supposedly anti-establishment) left.

In this report, we look at how Italian parties position themselves and make coalitions when key EU policies are on the table in Brussels and Strasbourg (while in a separate report we look at Spanish parties).

The stability of governing coalitions in Southern Europe will matter even more at the European level, as the United Kingdom has departed. As seen in our previous report, Brexit has deep ramifications on the European Parliament’s balance of power, with some European groups winning and others losing from this historical political development. The effects do not stop there though, as the British departure is set to increase the political weight of Italy and Spain, which will become heftier players on the European political scene, since they hold the third and fourth largest populations (and hence voting power) in the EU.

While Germany and France, the biggest EU countries, can count on comparably more stable political systems and the most powerful political parties across the EU (as seen in our previous report, German CDU benefits from longevity, while the French political system favours the concentration of political power), Italian and Spanish political parties fare lower than their countries’ size would predict. This is largely due to their fragmented and volatile politics.

As the stakeholders are now waiting for the Commission to send to the European Parliament and the Council a wide range of legislative proposals, the key question arises: how much actual agreement is there between governing coalition partners at the EU level? How will the governments and the MEPs from these countries behave vis-a-vis these proposals?

As always, Vote Watch looked behind the politicians’ campaign promises and bluster and uncovered their actual positions on current policy issues. Their voting behaviour in the European legislature can show which foes can actually become friends and which friends are actually foes. While the national and European legislative levels follow different political dynamics, they are nevertheless interrelated. Changes in the parliamentarians’ voting behaviour at the European level can signal future developments at the national level (or the other way around) as parties twist and turn to adapt to their electorates’ wishes.

Related: click here to read the analysis on Italian parties.

For more information, data, tailored research and training, feel free to write us at [email protected]

In 2016, Vote Watch showed that the Spanish Socialist Workers’ Party is ideologically closer to Partido Popular and Ciudadanos than to Podemos. While the 2016 coalition talks did not materialize, the latest Spanish elections have somewhat forced the country into its first coalition government since its 1970s democratic transition, with Spanish Socialist Workers’ Party and Podemos forming a left-leaning government.

The analysis of behavior in the European Parliament confirms that PSOE is still closest to Ciudadanos, from among Spanish parties. However, it has inched closer to Podemos, a party member of the left-wing European group GUE/NGL, and farther away from the Spanish centre-right party, EPP-member Partido Popular. While during the previous legislative term, the Spanish Socialists were much closer to the PP than to PODEMOS, Sanchez’s party has been following the same leftward direction of their political group, in particular with regards to issues concerning the environment and regulatory affairs (PSOE agrees with the PP only 55% of times on such issues).

PSOE is in an especially influential position now in Europe as its members are chairing both the S&D group (where its influence is on the rise) and the European External Action Service (EEAS).

The centre-left and left-wing Spanish governing parties are generally aligned on economic and environmental issues, with both PSOE and PODEMOS agreeing to an increased contribution of member states (to 1.3% of their gross national income) towards the 2021-2027 multiannual financial framework and to a 55% reduction target of greenhouse gases by 2030. However, the Spanish governing coalition partners do not see eye-to-eye on foreign policy and on international trade. The latter is an especially sore spot, as PSOE and PODEMOS rarely agree on decisions affecting EU trade relations. Podemos opposed the major international trade agreements that have passed through the European legislature in the past six months, such as the increase of US exports of beef to the EU or the accession of the Solomon Islands to the EU-Pacific States Interim Partnership Agreement, which were approved by PSOE parliamentarians. Similarly, Podemos has opposed the designation of Guaidó as legitimate Venezuela’s interim President in the European Parliament’s most recent resolution on the matter.

As seen in our previous report, Ciudadanos is a party that holds more power at the European level (as the second-largest party withing the key Renew Europe group) than at the national one. Its reversal of fortune at the national level is due to the mixed signals sent by the party to its electorate, as the centrist party flirted with the right-wing forces at the national level (due to their common approach to the Catalan crisis), while it inched closer to the progressive side at the European level. Our data shows that, over the past few months, Ciudadanos has become closer to both PSOE and Podemos when making decisions at the EU level, while it has been distancing from Partido Popular, which is in line with the overall trend of centrist forces getting closer to the left on EU policies. When it comes to civil liberties and home affairs, Ciudadanos agrees with PSOE more than 91% of times at the EU level, while its level of agreement with PP on such issues is only 66%. This highlights key differences in terms of values between the two parties. For instance, the two parties have different views on the supervision of rule of law at the EU level, Ciudadanos being in favour of the infringement procedure initiated by the EU against Hungary, whereas Spanish PP MEPs are among the Orbán’s few remaining allies within the EPP. However, on economic issues such as taxation, EU budget, but also on foreign affairs, Ciudadanos’ views remain closer to those of PP than to those of the left-leaning groups.

The case of Vox, a new-comer in EU decision-making, needs careful attention as it is striking the extent to which it managed to rally former Ciudadanos voters in spite of the huge differences between what these parties stand for. Interestingly, Vox’s level of agreement with PP is also relatively low, showing that Vox’s policy views find little support among the other Spanish parties. In particular, Casado’s and Abascal’s parties are quite distant when it comes to issues concerning civil liberties and home affairs, which is due to Vox’s harder stance on migration issues. While they share common criticism of open migration policies, PP is more supportive of creating legal channels and paths for migration, which is seen with scepticism by Vox. Conversely, the two conservative parties agree more on issues concerning the EU external dimensions, such as foreign affairs and international trade.

Under its new leader, Pablo Casado, PP has managed to recover steam and survive what seemed to be suffocating pressure from Ciudadanos especially. However, Partido Popular’s challenge is to fend off competition by an emboldened Vox, which has substantial advantages over Partido Popular, among which the most evident is its novelty. Also, policy distance between PP and Vox remains significant, at least when it comes to those issues that are being discussed at the EU level, which could prompt the latter party to challenge PP’s right-wing credentials. In fact, PP tends to agree much more often with PSOE (70%) than with Vox (57%) when making decisions at the EU level. However, there are a few issues where Casado’s party is closer to Vox than to PSOE, such as the matters concerning climate policy. For instance, both parties oppose the Green proposal to designate the Mediterranean Sea as a combined SOx and NOx emission control area (as a way to reduce shipping emissions), while all other Spanish parties back such initiative. Common concerns over the level of ambition of the upcoming European Green Deal might help to reduce the distance between the two fellow opposition parties.

While PP and PSOE have so far avoided the dire fate of their S&D and EPP group’s colleagues from other countries (such as France), their ability to govern effectively is limited by the rising fragmentation and polarisation of the Spanish political scene, as shown by the success of political forces such as PODEMOS and Vox. This enhanced the power of peripheral nationalist forces from the Basque Country and Catalonia, at a time where tensions between Madrid and Barcelona are at a record high. Tensions between centre and periphery led to the fall of Rajoy and prevented Sanchez from being able to govern effectively until the recent agreement with PODEMOS and the separatist forces. This fragile equilibrium could be easily shaken by the upcoming negotiations with the Catalan separatist forces, as PSOE will have to walk a thin line in order to keep both sides (unionists and separatists) happy.

This poses challenges for stakeholders to be able to adapt to such a fast-paced environment, as political cycles become shorter and shorter. Having connections with key figures within established parties is no longer enough as even the strongest political force might face a sudden reversal of fortune. This is affecting countries that have been otherwise rather stable, the latest case being the Irish one, where the last victory (in terms of a plurality of votes) of far-left nationalist Sinn Féin was deemed unthinkable until a few weeks before the elections. Not to mention the case of Germany, previously a bulwark of stability, where Merkel’s CDU is increasingly struggling to deal with the rising polarisation in German society. In order to navigate such a complex environment, the need for accurate and reliable political intelligence becomes stronger than ever.

Need more specific analysis? Feel free to send your inquiries to VoteWatch Europe. We provide tailored research, presentations or training on political parties’ likely positions and majority building in specific areas. If interested, send us an email ([email protected]) or give us a call (+32 2 318 11 88).

Need more specific analysis? Feel free to send your inquiries to VoteWatch Europe. We provide tailored research, presentations or training on political parties’ likely positions and majority building in specific areas. If interested, send us an email ([email protected]) or give us a call (+32 2 318 11 88).