Home Votewatch » Spanish parties agree on the need for more EU, but they are split on Northern Ireland 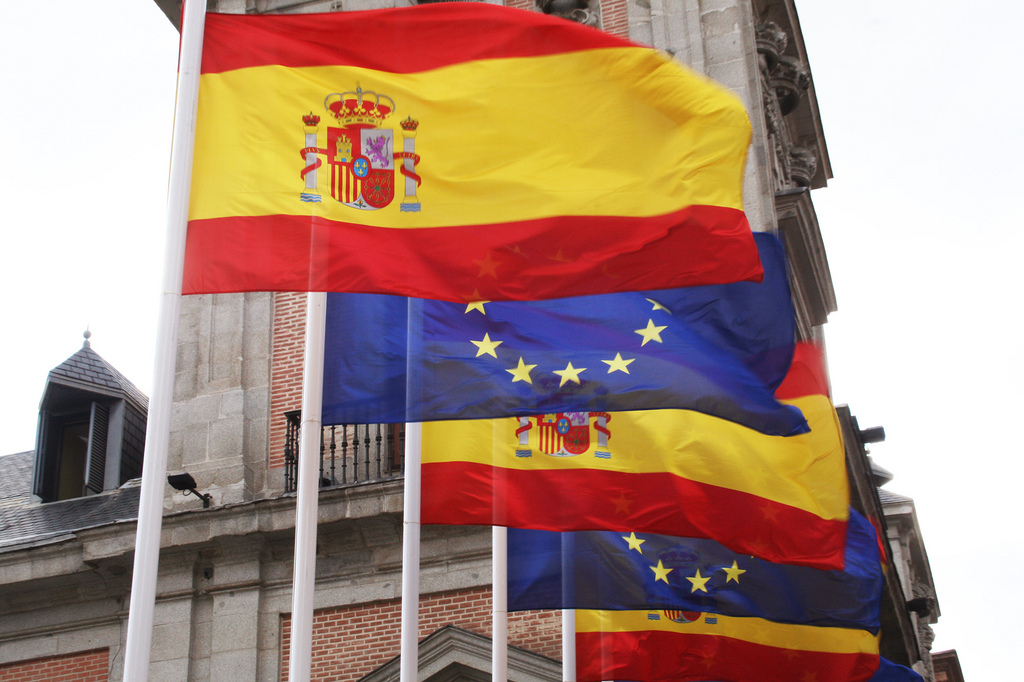 After the Brexit, we analysed which are the positions of EU politicians in the European Parliament on the future of Europe. We observed that there were strong disagreements between both different Member States and different political families. Indeed, in countries such as France, Italy or Germany, the positions of the political parties represented in the EP vary considerably across the political spectrum.

Instead, Spanish politicians have a common position in regard to the future of the European Union, despite the internal disagreements on national politics. In fact, there are no parties advocating for the exit of the EU and they all supported Juncker to continue as the president of the Commission. However, Spanish parties disagree on the continued permanence of Northern Ireland and Scotland in the EU after the Brexit.

At the national level, the Spanish politicians have spent six months of fruitless talks, as, after the general elections held on December, no party obtained a majority. Even though the opinion polls suggested the likelihood of a left wing coalition government between Podemos and the Spanish Socialists Workers Party (PSOE) for the recent repeat elections, the conservative People’s Party (EPP) still won most seats, but was short of a majority.

This outcome had left again an uncertain scenario, as the main political parties have to negotiate again and find a way to govern the country. However, while they cannot agree in terms of national policies, the vote on Brexit showed their similar positions about the future of the European Union.

The Spanish parties trust in the European project

The resolution on the outcome of the Brexit referendum has reinforced the idea that the European Union has to be relaunched amongst the Spanish Members of the European Parliament (MEPs).

All the Spanish parties (except for the Basque Nationalist Party) voted for rekindling the European project, disagreeing with the amendment stating that the European Union “is a dramatic failure”.

As we can see, Spain did not fall for the Eurosceptic extreme right, like other large countries in the EU such as France or United Kingdom. In this case, all the parties of the far-right Europe of Nations and Freedom Group, such as Front National (France), Northern League (Italy) and Party for Freedom (Netherlands) voted against relaunching of the European project.

All the Spanish parties support Juncker to continue as Commission president

Lorenzo Fontana, on behalf of the far right EFN group tabled an amendment asking for the resignation of the Commission President Jean-Claude Juncker “based on his ineptitude, language and hostility towards the British people and others who wish to organise referendums on EU membership”.

All the Spanish parties voted against this amendment calling for asking Juncker’s resignation (except one MEP of Podemos who abstained), reinforcing his political support. Finally, Juncker gained the approval of the 73% of EU Parliamentarians.

Podemos, the only far left party in Europe that did not vote against the resolution

However, the votes on the final resolution, which was mainly focused on the revision of the treaties and the need to respect the will of the UK citizens, showed some differences between the different political positions of Spanish parties. In fact, it has been supported by the People’s Party (PP), Spanish Socialists Workers Party (PSOE) and Ciudadanos (ALDE).

A milder sign of support also came from Podemos, which was the only party of the Confederal Group of the European United Left/ Nordic Green Left (GUE/NGL) that abstained in the resolution, whereas the rest of the far-left group voted against (among which United Left, Basque Country Unite and Galician Left Alternative).

It has to be stressed that despite of the fact that IU and Podemos established a coalition (Unidos Podemos) to stand for the past elections, receiving 5 millions of votes and 71 parliamentary seats, their positions on the European Union are often different. While IU made clear its position on this matter, disapproving the lack of self-criticism of the EU, Podemos opted for the abstention.

PP, Ciudadanos and PSOE, against the permanence of Northern Ireland in the UE

Differences among the Spanish parties were far more pronounced on the permanence of Scotland and Northern Ireland in the EU, where the majority of the citizens voted in favour of remaining.

The far left group GUE/NGL Group tabled an amendment asking for Northern Ireland to remain in the EU by “whatever arrangement necessary”.

Not surprisingly, the majority of three centrist political parties, PP (EPP), PSOE (S&D) and Ciudadanos (ALDE) rejected the potential permanence of this region in the EU. However, some member of PP, PSOE and Ciudadanos voted in favour of this amendment in the plenary, although this outcome likely stemmed from human mistakes during the voting procedures in the Parliament. Indeed, some of the MEPs who voted in favour, Gabriel Mato (EPP) and Juan Fernando López Aguilar (S&D), recently answered a request for clarification by VoteWatch Europe, pointing out that there has been confusion during the vote and are willing to correct their vote.

Podemos, United Left, Basque Nationalist Party, New Catalan Left, Initiative for Catalonia-Greens and other nationalist parties, which have always recognised “the right to decide”, voted in favour of the permanence of the Northern Ireland in the EU.