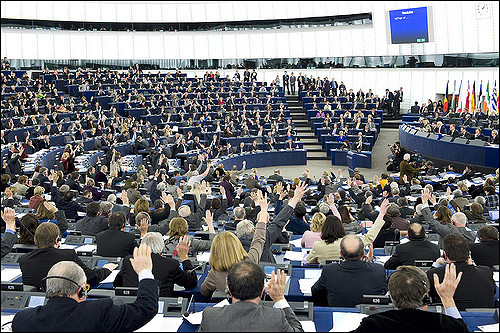 Over the last few days the information market has been flooded with speculations on how the EU leaders will move next. We have measured the current political support for initiatives such as deeper integration of continental Europe, Northern Ireland’s and Scotland’s EU membership and Juncker’s continuation as Commission president. This is what we found.

The EU Executive and a majority of the Members of the European Parliament (MEPs) are pushing for rekindling EU integration among a core group of Member States. On the other hand, some of the national governments are pulling the brake, which makes it impossible to consider a revision of the Treaties for now (as this can only be done with unanimity).

A resolution on the outcome of the Brexit referendum, calling for the relaunch of EU integration and a revision of the Treaties, was approved by 59% of MEPs this week. The motion was the result of a compromise between the centrist political groups, namely the Socialist and Democrats (S&D), the Liberals (ALDE), the European People’s Party (EPP) and the Greens. However, the result of the vote underlined the divergences between various national factions.

Most MEPs argue that “more Europe is the answer”, but Swedish, some German and Dutch MEPs are less enthusiastic

The early call for further integration in some sensitive sectors (such as economic and monetary union) was opposed not only by the known Eurosceptic groups, but also by the Swedish members of the Moderate Party (EPP), as well as some preeminent members of Angela Merkel’s party, such as Herbert Reul (the head of CDU delegation in the European Parliament) and Angelika Niebler (the head of CSU delegation). According to statements reported by the German press, the abstentions by German MEPs were based on the discontent about the push for more integration from South European states, and, in particular, the renewed calls for the adoption of Eurobonds.

Notably, the party of Dutch Prime Minister Mark Rutte was among the only one in the liberal ALDE group that voted against a statement to relaunch the European project. This is a clear indicator of the strong reservations of the current Dutch government for strengthening its EU ties after its close ally, the UK, voted to leave the Union. Interestingly, however, the Dutch Christian Democratic Appeal (EPP) and Labour Party (S&D) both voted the other way, ie. in favour of stronger Europe. The next general elections in the Netherlands will take place in spring 2017 and their outcome will redefine the Hague’s position with regards to EU.

Noticeable opposition came also from most of the Czech members of the Parliament: the liberals of ANO2011 (ALDE), the Christian Democratic Union (EPP) and TOP09 (EPP) decided to abstain on the final text.

Most of UKIP’s MEPs want Northern Ireland to stay in the European Union, but Farage disagrees

In the adopted text, there is no mention of the situations in Scotland and Northern Ireland, where the majority of the citizens voted in favour of remaining. Scotland is now considering the possibility of holding a second independence referendum in order to stay in the EU. Even more delicate is the situation in Northern Ireland, where the Brexit can add fuel to the fire as the event further complicates the already difficult relationship between Republicans and Unionists. However, despite a number of amendments aiming at mentioning these two regions, the final resolution kept silent, because of the divisions within the European Parliament.

The far left group GUE-NGL tabled an amendment asking for the permanence of North Ireland’s in the EU by “whatever arrangement necessary”. However, 56% of the EU parliamentarians disagreed with this clear-cut stance on the Irish issue.

Quite interestingly, apart from the obvious endorsements of other regionalist parties such as the Scottish National Party, New Flemish Alliance and the independentist Democratic Convergence of Catalonia, many political parties were divided on this issue. The majority of the members of Nigel Farage’s party, the UK Independence Party, voted in favour of the EU membership for Northern Ireland, although Farage himself voted against.

Many MEPs did not vote along either ideological affiliations or nationality on the question of Northern Ireland’s EU membership, which shows that positions are not yet shaped. For example, although the majority of EPP and S&D voted against the resolution, 11 MEPs of Matteo Renzi’s party (Democratic Party) endorsed the EU membership for Northern Ireland, as well as 4 members of Spanish People’s Party (EPP), 7 members of German Social Democratic Party (S&D), 5 members of French The Republicans (EPP) and 4 members of Romanian Social Democrat Party.

A strong-worded amendment tabled by the far-right ENF group blamed the current situation on the ineptitude of the Commission’ President, Jean-Claude Juncker, and called for his resignation. This proposal followed the criticism of the EC President by the foreign ministers of Czech Republic and Poland, who blamed him for being unable to listen to the concerns of the UK’s government. The governments of the Visegrad groups are notoriously at odds with the federalist approach adopted by European Commission to the many crises that the European Union is facing.

However, the actual vote has shown that the opposition to Juncker is much weaker than trumpeted in the last few days: only the Eurosceptic groups, EFDD and ENF, voted in favour of asking Juncker’s resignation, whereas the majority of the Conservatives of ECR abstained. Most of the members of the UK Conservative Party (David Cameron’s faction) and the Polish Law and Justice (in government in Warsaw) did not support the amendment against Juncker. Even in the case of Czech Republic, the MEPs from the parties in the government (ANO2011, the Czech Social Democratic Party and Christian and Democratic Union) voted against the call for Juncker’s resignation. In total, 73% of EU Parliamentarians voted against asking Juncker’s resignation.