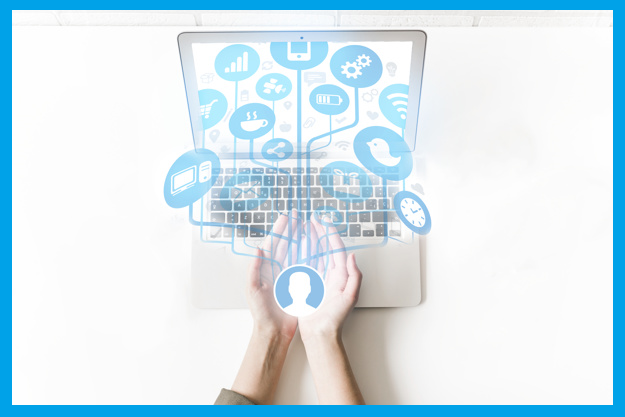 At the beginning of September, we kicked-off our newest series of forecasts on the likely post-electoral policy shifts. After our previous reports on the future direction of EU data protection and trade policies, we are now focusing on the future development of EU policies on Intellectual Property Rights in the digital single market.

This topic is particularly hot due to the recent votes on the introduction of stricter rules on the protection of copyright online. While a tight majority of MEPs rejected an EPP-led proposal in July, the political coalition supporting the interests of the creative industry struck back in September and successfully pushed a series of limitations to online content-sharing through the EP plenary. The recent developments show that the situation is very volatile, also due to the intense pressure coming from different groups of stakeholders, as well as civil society.

Our newest policy forecasts expect the coalition opposing stricter rules on digital IPR to gain ground after next years’ European Parliament elections, potentially paving the way for an overturn of the stricter copyright rules.

As with our previous policy forecasts, we factored in:

1) the track record of each MEP and each political party in the current legislative cycle;

2) the post-elections size (number of MEPs) of each national party (not only European group), as projected by publicly available opinion polls across the EU.

Combining these two key elements allows us to understand the likely overall shift in mood in the next EP on each subject (see annexed methodology). While “traditional” forecasts are limited to “how many seats each group will get”, we go one step further and answer the actual question that stakeholders want to know the answer to: how will policies in each area be affected?

As things stand at the end of September 2018, current public opinion and electoral trends indicate that the balance of power on intellectual property rights (IPR) is likely to change in the next European Parliament. The big political data shows that the opposition to stricter rules on digital IPR is set to increase. At the same time we observe a decrease of support for stricter IPR rules, indicating a clear shift in the balance of power within the European Parliament.

Currently, 52% of MEPs support stronger IPR rules on digital platforms, while only 36% oppose it. This explains why the forces advocating for stronger IPR rules on digital platforms ultimately managed to push their proposals on copyright reform through. Only strong public pressure on the middle-ground and the MEPs with moderate views can currently tilt the balance of power in favour of the forces advocating for looser rules.

However, support for stronger IPR protection is set to decrease to 45% in the next European Parliament, making it more difficult to reach an agreement by majority vote. Therefore, after 2019 the opposing side will have a bigger chance of preventing stricter rules to pass if they can convince the middle ground with their arguments.

Interestingly, the middle-ground of MEPs with mixed views on the topic of digital intellectual property rights are also set to increase, which adds further uncertainty on the future voting outcomes on this matter. 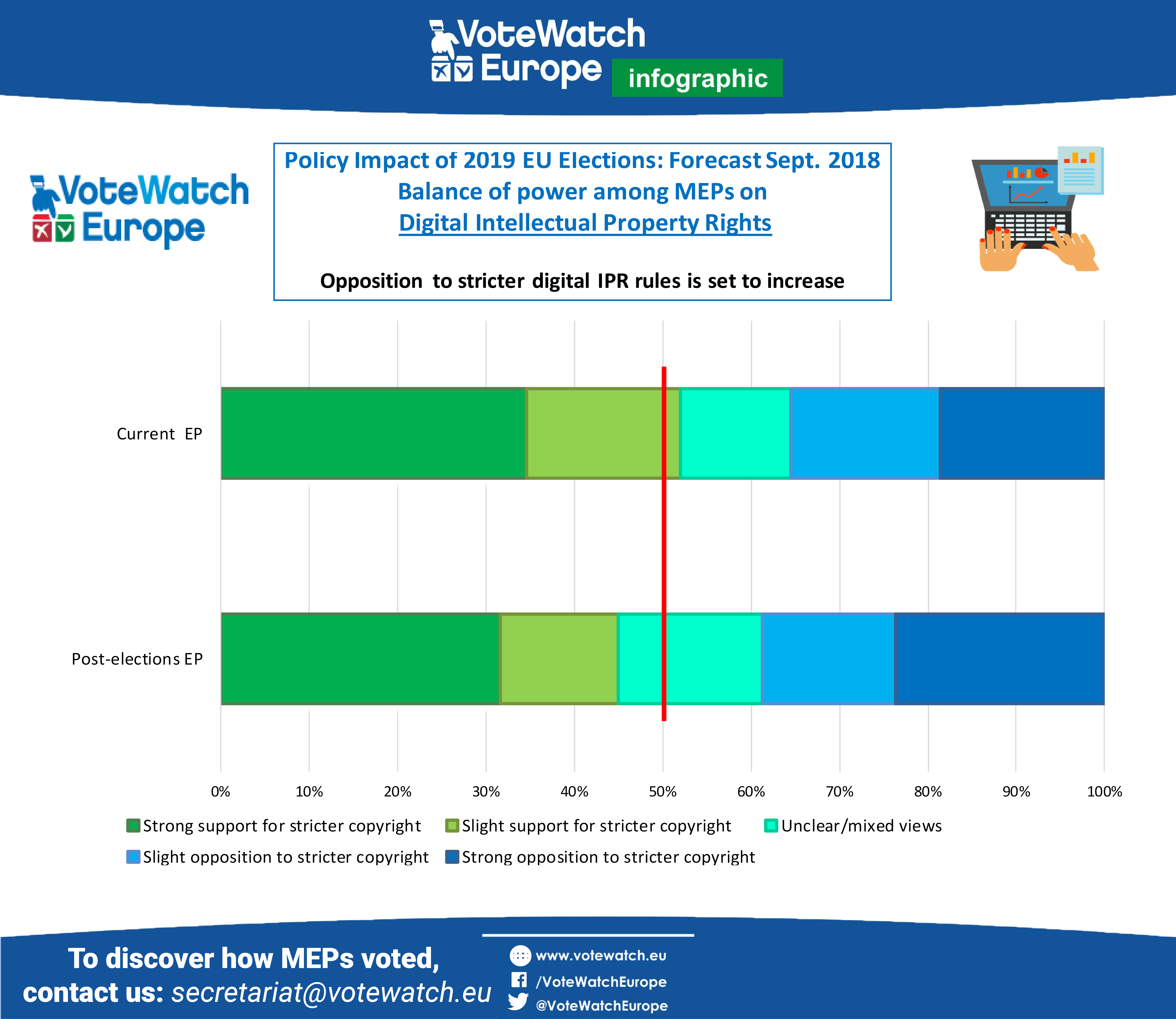 The decrease of support and increase of opposition are caused by three different factors:

Brexit is likely to have an effect in the realm of digital IPR policies as a large majority of outgoing British MEPs are in favor of stricter rules on IPR. Generally, British MEPs have on average stricter views on this issue than MEPs from other Member states. This means that, without the Brits, the coalition supporting the interests of the creative industry will lose some ground in the European Parliament.  This adds to the likely seat losses of several parties that are in favour of stricter IPR rules online, such as the Italian Democratic Party, as well as several EPP members.

Secondly, the rise of anti-establishment, populist forces in the European Union will also affect the level opposition to stricter IPR as most of these rising forces have rather critical views of strict IPR rules in the digital sphere. In particular, the growth of the Italian League and the 5 Star Movement, Alternative for Germany and Polish Law and Justice is likely to boost the size of the coalition defending the interests of digital platforms such as Facebook and Google.

The increase of middle-ground MEPs will have the most interesting effect on decision-making in the new European Parliament after 2019. These MEPs will play a crucial role in the decision-making process as both sides will try to get on board with their proposals. in order to create a sufficient winning coalition. This is mostly due to the increasing share of votes for centrist parties such as Ciudadanos in Spain, ANO 2011 in Czechia and the Free Democratic Party in Germany.

Please note that there is a key caveat to these findings: these calculations are based on the current views of the MEPs, and these views can change if circumstances also change, be it internally (shifts in the public opinion preferences in their own countries) or externally (pressure by media and creative industries as well as internet campaigners). Given the expected changes in the public opinion (and consequently in the polls) in the run-up to the EP elections, we will monitor the developments and provide regular updates.

* If you are interested in becoming a sponsor of our forecast series, or simply in more detailed results, contact us at [email protected]

In order to find out the views of MEPs on intellectual property rights, we dug into our own database of roll-call votes in the European Parliament. Our assessment of the support of national parties for policies in favor of IPR is thus based on their actual voting behavior in the EP (rather than mere statements). For this purpose, we considered recent votes by MEPs on issues concerning digital intellectual property rights like proposals favouring copyright holders such as the so-called “freedom of panorama” and other proposed exemptions from copyright rules.