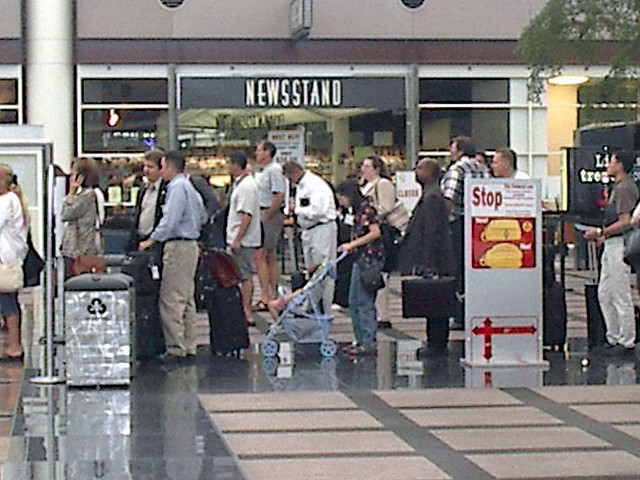 On February 2015, the European Parliament passed a resolution to address new anti-terrorism measures that should be put in place this year. The document referenced the collection of passenger name records (PNR). Passenger Name Records are, in essence, data about our flight details. It includes several different types of information, such as travel dates, ticket information and payment information.[1]

The EU governments have sought access to this passenger data and requested additional information from airline companies, and therefore third countries’ governments, through far-reaching PNR agreements. The European Commission proposed the EU PNR system as a key tool in the fight against terrorism. On 2010, the EP adopted the EU external strategy on PNR, which opened the negotiations between the EU and Australia, Canada and the United States on the exchange of this type of data between these international actors.

Currently Europe has negotiated PNR data sharing arrangements with the US, Australia, and Canada. All such agreements need to be ratified by the European Parliament, which, in recent years, has become much more than a formality, as the MEPs have threaten to block any agreement which do not meet certain standards. The views in the EP are scattered across the spectrum,ranging from those who believe that data privacy should always come first, to those who believe anti-terrorism measures should always be given priority.The moderate Members vote in favor or against depending on the details of the agreement and the developments ‘on-the-ground’.

Here are a few examples of related votes on PNR deals with Australia, Canada and the USA on the transfer of personal data of EU air passengers to the third countries’ authorities

Currently, the EU is looking into developing an internal EU PNR system, which would oblige airlines to hand EU countries the data of passengers entering or leaving the EU, in order to help the authorities fight terrorism. PNR data would enable law enforcement authorities to identify persons whom an analysis of the data suggests may be involved in serious crime and could be further investigated by the authorities.

The legislative proposal aims to harmonize member states’ provisions on the collection and processing of PNR data, but the already enforced agreements with the USA, Canada and Australia relating to the exchange of PNR data have given rise to concerns about the purpose and the necessity of the system.

While the EP has noted its determination to fight terrorism as a key component of European external action, it has also expressed the need to protect fundamental rights and to ensure respect for the privacy of EU citizens in compliance with norms of data protection.

MEPs that argue against the agreement have expressed concerns about the use and retention of airline passengers’ data and the compliance with fundamental rights, especially data protection. On the other hand, those Members supporting PNR highlight its potentially significant added value for EU counter-terrorism policy, underlining that the EU legislative framework would be better than a patchwork of differing national systems.

The controversial PNR system is mainly opposed by left-wing groups, as Greens and leftists state that not only is such a system contrary to citizens’ rights to data protection, privacy and free movement, but also there has not been any proof that mass collection of PNR data is actually necessary for tackling terrorism.[2]The Greens have repeated their calls to drop the proposed legislation on retaining PNR in the EU and to renegotiate the proposed EU PNR agreements with the US, Australia, and Canada.

Before the terrorist attack on the satirical weekly newspaper Charlie Hebdo in Paris on January 2015, the Liberals (ALDE) and Socialists (S&D) were of the opinion that the project of collecting data on all EU flight passengers is likely to hamper civil liberties. The Socialists pointed out that the EU PNR system lacks solid safeguards when it comes to data protection and there are serious doubts to the necessity of a PNR system of this kind.

After the attacks in Paris, however, it seems that the Liberals and the Socialists have adjusted their positions. ALDE states that they are not against EU PNR system, as long as it goes hand in hand with the necessary data protection safeguards.[3] The Socialists also expressed their readiness to discuss improving PNR. However, they demand an approach which fully respects individual rights and clarifies the retention period for PNR data. National intelligence services should also exchange information and data on a regular basis under a Community framework.

Christian democrats from the EPP group stated that PNR systems have proved their worth in defeating terrorist attacks and tracking down serious criminals in many countries.[4] The EPP group agrees with the proposal that air carriers should be legally bound to provide this data to EU governments for the use of preventing and detecting terrorist offences.

Conservatives and reformists (ECR) strongly support the proposal, saying that the EU needs its own PNR system, which is one of the key tools in the fight against terrorism. ECR states that the importance of PNR data for our security cannot be underestimated.

Marine Le Pen, the EP’s leading non-attached member from the French Front National, reasserted her hostile position to the proposed PNR, stating this proposal breaches national sovereignty and that it should be up to the Member States to decide who enters and who leaves their borders.

The President of the European Council, Donald Tusk, has expressed support for the internal EU PNR agreement, saying that if it does not establish a single European PNR, the EU will end up with 28 national systems. Such an arrangement would interfere with the privacy of citizens, but would not properly protect their security.

The EP committed itself to work towards the finalization of an EU PNR Directive by the end of 2015, therefore we should expect a very important vote on this topic to take place in the coming months.