Home Votewatch » Last European Council summit of 2015: what’s on the agenda, who will take part and what is their power?

A very important European Council meeting will take place at the end of the week. This is the first EU Council after the tragic Paris terrorist attacks of 13 November and Member States representatives will discuss, among others, the counter-terrorism strategy, combating the financing of terrorism, preventing the radicalisation and information exchange.

Similarly, the EU leaders will discuss the refugee crisis, including migrants’ relocation, hotspots and security of the EU’s external borders. The EU Council’s members will also address the deepening of the Economic and Monetary Union (EMU) and the completion of the EU Single Market, which will involve talks about the energy union, the digital single market and the capital markets union. As part of the discussion about the internal market, the agenda foresees also addressing the EU-Russia relations, the situation in Ukraine and the controversial Nord Stream II gas pipeline project.

The Brexit question will also be on the table at this Council summit. The EU leaders will address the four demands of reform put forward by UK Prime Minister Cameron in November and take into account the other existing political issues before a concrete proposal will be adopted in February.

The infographic below shows the current composition of the European Council, with the Heads of State and Government that will represent each Member State during the Summit, as well as the EU political group to which they belong. 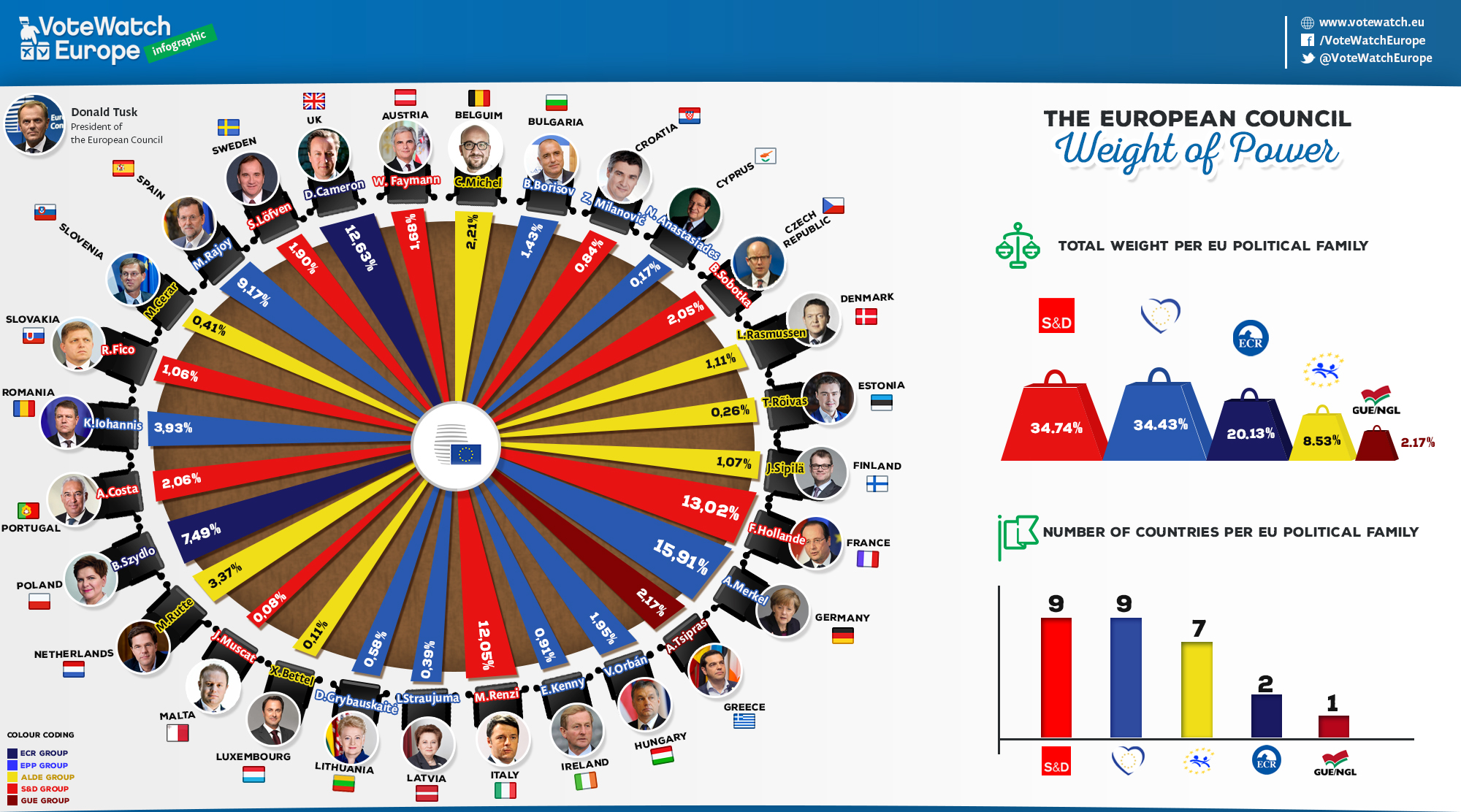