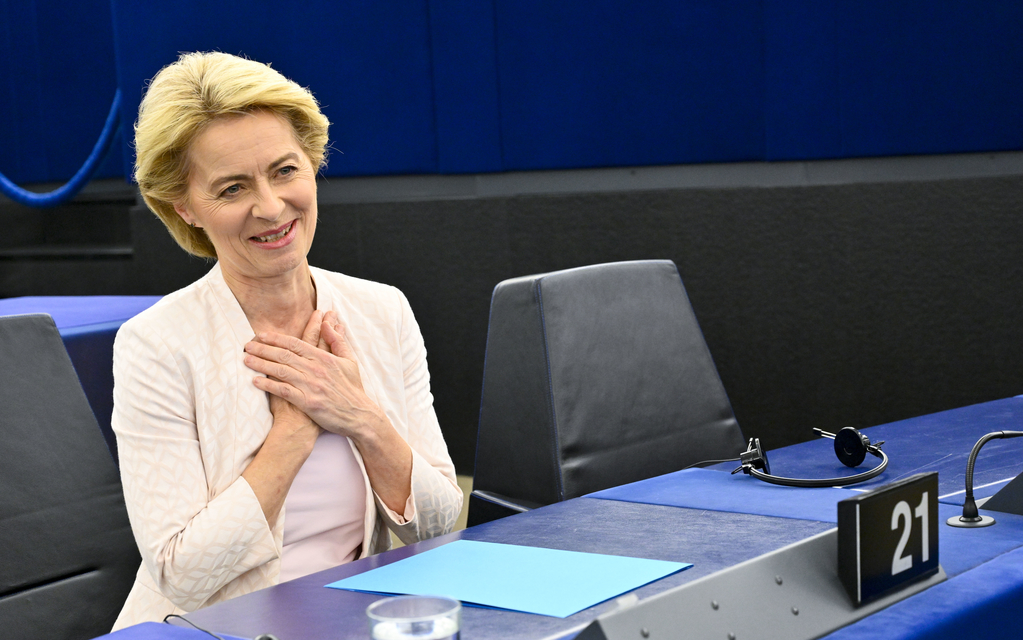 The extremely small majority by which Ursula von der Leyen passed in the Parliament confirms our forecasts on what we can expect in the next 5 years in EU politics. Here are our key take-aways:

– Every MEP will count! The vote to elect the President of the Commission is one of the most important votes that take place in the Parliament, hence you can expect the governments and the political group leadership to lobby backbenchers extensively. Even so, only 9 votes made the difference yesterday. Given the current fragmentation of the EP, we expect these kinds of occurrences to become more common, with important decisions on legislation being passed by / falling short of just a few votes.

– The grip of the political group / party leadership and that of rapporteurs over the backbenchers will be weaker. As the individual MEPs become aware that their votes can make a difference, they will be tempted to think for themselves and make the most out of it.

– The inter-institutional battles will be fiercer. As we have seen yesterday, the Council does not command the European Parliament. Despite von der Leyen coming out as the unanimously supported compromise candidate from the Council, she got only a little over half the votes in the Parliament. Many MEPs supported her because they were afraid of a full-blown institutional crisis or afraid of an even less convenient alternative candidate. However, after they had to swallow this, even some of the MEPs that voted in favour of Ursula will want to brush aside frustration and flex their muscles in the next episodes: the hearings of the commissioners, the scrutiny of the Commission’s work, the passing of legislation, trade agreements, etc.

– The outcomes of trialogues in particular will be a hard sell in the Parliament and we are likely to see a much closer scrutiny of inter-institutional negotiations by the committees and by the EP’s plenary.

– The vote to invest the Commission will not be a foregone conclusion. We can expect the appointed commissioners to go through tougher-than-usual hearings in which MEPs will aim to limit the margin of maneuver of the College.

NB: Juncker got almost the same amount of votes when coming before the EP with all the College in autumn than what he had got on his own in July (2014): 423 votes vs 422 votes. This signals that, if only a few of the supportive MEPs get frustrated during the hearings of the appointed Commissioners, the College as whole may simply not get the vote of investiture. MEPs know this and will aim to make the most out of this opportunity. Von der Leyen knows this too and will have to be extremely careful.

– In times of political trouble, conservative women seem to be the panacea. There seems to be a pattern that when center-right is the (main) force in government, but has a very difficult job ahead that requires wide-spread support, the resulting solution is a woman at the top executive job. This has been the case of Merkel (current CDU’s leader, Kramp-Karrenbauer, is also a woman), Theresa May or the two Polish female prime-ministers, Kopacz and Szydlo (from two different centre-right parties). Also among the country’s presidents we increasingly see the rise of conservative women, such as in case of the current Croatian President (Grabar-Kitarovic) and former Lithuanian one (Grybauskaite). If we look at the overall picture, in recent years in which we have experienced in Europe various types of crises, the force of things has pushed more conservative women in leading political positions than left-wing ones. The left, for its part, has the current Romanian PM (Dancila), the former and current Danish PMs (Thorning-Schmidt – who failed to take an EU top job – and current PM Frederiksen).

However, Ursula being a woman was not enough of an argument to convince part of the left in the European Parliament, despite von der Leyen taking up heavily some of the progressive discourse on civil liberties and economy to convince them. This signals that what the left wants is not a woman leader per se, but one of their own, a woman nurtured with progressive ideas. A look at the voting behavior in the European Parliament explains why: within the political groups, the women and men MEP vote roughly in the same way, ie. the center-right women vote as the center right men and the centre-left men as the centre-left women (in fact, it even happens sometimes that in the center-right groups some women vote more conservatively than their male colleagues).

– The German network at work? Despite official statements, it may be that some (decisive) votes for von der Leyen came from progressive German parties. Under the cover of the vote’s secrecy, these MEPs could discretely put their shoulder to a victory of one of their fellow nationals. This is suggested by the rather unusual behavior of the German MEPs from across the spectrum when the decision to keep this vote secret was made, ie. the German SPD, Greens and Die Linke all voted against their European political groups and in line with the CDU position to keep the vote on the election of the Commission President secret (the vote took place back in 2016 when the EP’s rules of procedure were revised).

If this is the case, this would already be a second occurrence in this new EP term when we are witnessing an attempt of “nationalization of EU politics from the center”, after Macron’s (so far not very successful) initiative to create a cross-party “Team France” in the European Parliament. Given that we are talking about the two most influential EU countries, if this trend is confirmed we may witness a (partial) breaking of the EP groups’ cohesion in the months and years to come.

VoteWatch will keep a close eye on all developments in the EP and provide updates after every EP plenary. Contact us at [email protected] if you need research or training on MEPs’ likely positions and majority building in specific areas.