Jens Rohde, a Danish Member of the European Parliament, has recently changed his national party affiliation from Ventre (liberals) to Radicale (social liberals), both parties being members of the ALDE group in the European Parliament. We were asked to look into his voting record and make a comparison of his positions with those of his former and new party colleagues, to understand the rationale of this shift.

The data shows that Rohde is more on the right side of ALDE. If we look at things overall (across the areas), he used to be a better match to his former colleague, Thornaes (95%), than his new colleague, Petersen (93%), who is more to the left.

The only area where Rohde’s positions are much closer to Petersen’s is civil liberties. On everything else where there are significant differences (constitutional affairs, employment, environment, gender equality), Rohde’s views come much closer to those of his former colleague, Thornaes. Consequently, it looks the like civil liberties issues (which include migration, a popular topic now in Denmark) weight much more in his decision to switch camps than any other topic.

The infographic below summarises our data-driven analysis. 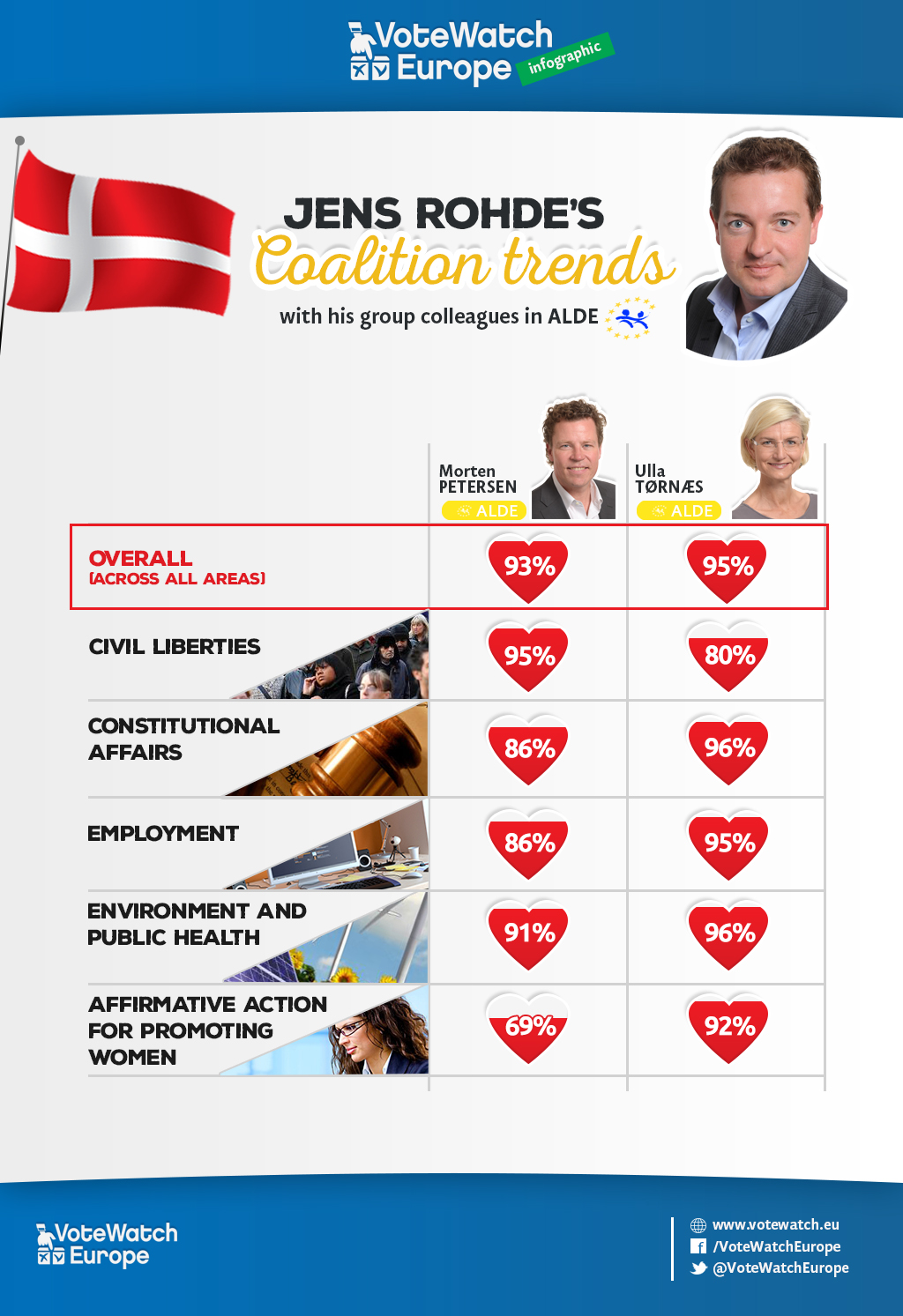 You can read the full story in the Danish media here: