Home Votewatch » Interview: What Do Trends Reveal about the Future of the EU? 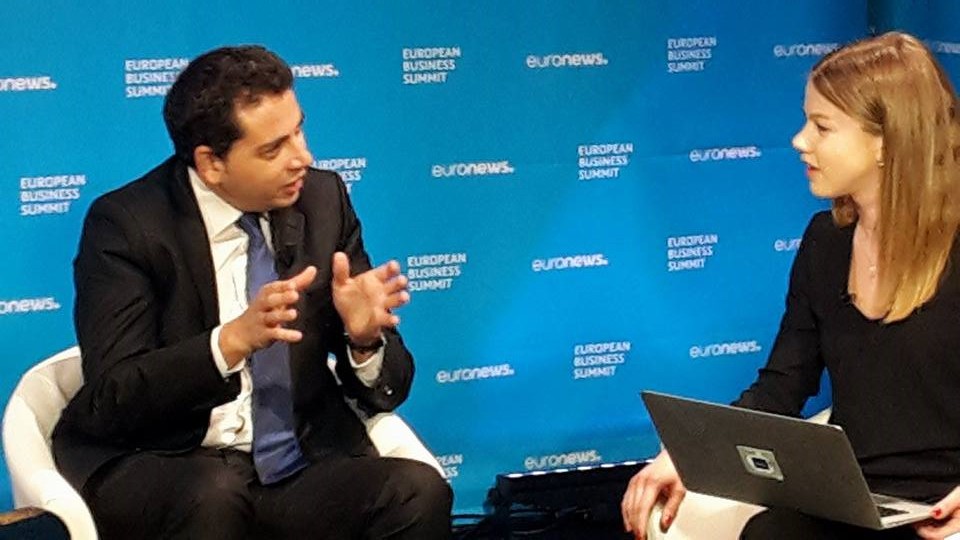 Doru Peter Frantescu is co-founder and CEO of VoteWatch Europe. His data-driven reports on the actual voting behavior of Parliamentarians and Governments in the EU decision-making have been quoted by reputed institutions and the media in over 35 countries on 5 continents.

In a panel this week at the European Business Summit and an interview with Euronews, he spoke about the directions in which we can expect the EU to go, applying the current trends revealed by the processing of actual decision-making data (as opposed to carefully-crafted political statements) to the events expected between now and the end of 2019. Here are some of his forecasts:

First of all, we have to take into account that UK is currently one of the biggest EU member states and this is relevant insofar as the size of the country has a direct impact on its power in the two legislative institutions, namely the Parliament and the Council. After Brexit, the balance of strength among the remaining countries will obviously change and, when assessing the impact, we have to look at the policy agendas of various governments.

We have to start from acknowledging the fact that the British Government and the British Members of the European Parliament have traditionally been the most supportive of free market, of deregulation policies. Without the British advocacy, the balance of power will become more favorable to those who want a more interventionist economic system, one in which the state intervenes more in order to regulate the business environment. By doing so, the entire continental political spectrum will move towards the left, at least on the short run, and we can expect more protectionist and social policies to be pushed through the EU institutions, as the opposition to such measures will become much weaker. From this point of view, countries who are, on average, more supportive of a freer market, such as the Netherlands, Sweden, Denmark, Poland, Romania will lose an important ally after the British leave and will have to readjust their strategies. Countries like France, Belgium and the Southern Europeans, who, on average, promote more interventionist policies, will be reinforced.

Of course, it also very much depends on who is in government in each country when predicting their policy agenda, for example we can expect the new French center-right government to promote more free market-oriented polices than the former socialist-led government. However, on average, the population of some countries, and hence their political elites, are more pro-regulation than others. For example, even a center-right government in France cannot go as far in the direction of deregulation as a conservative government is able to do in the UK, the Netherlands or some of the Central and Eastern European countries.

The balance power between Germany and France will need close monitoring. Preliminary assessments indicate that, between these two countries, Germany will lose the most as a consequence of Brexit. Thus far, France has been able to rally majorities around it more often than Germany, which is revealed by the fact that Germany is much more frequently outvoted in the Council than France. This may sound counter-intuitive, as chancellor Merkel has been much more visible on Europe than former president Hollande, but in fact the nitty-gritty of EU policy is decided by the armies of civil servants and diplomats who maneuver behind the scenes in the Council’s working groups, and where the positions of the French seemed somehow easier to accommodate by the other countries than those of Germany. This trend may well become more evident after the departure of the British.

But make no mistake: this trend is valid only in what regards the Council, not the European Parliament, where the situation is reversed, ie. the Germans are currently much more influential than the French in the EP. This is because here the French contingent is suffering the consequences of the victory of National Front in the 2014 European elections, which made that that FN controls as much as one third of the French seats in the EP, thus leaving the centrist French delegations with too small delegations to influence the EP decisions their way. The balance of power in the EP follows a different mechanism and depends a lot on what will happen in the 2019 elections.

Just because almost all countries want the EU to evolve, that doesn’t mean that all of them want the same kind of evolution. For instance, France, Germany, the Benelux want a more integrated Economic and Monetary Union, something for which the Central and Eastern Europeans and the Scandinavians are not on board. The CEE countries have not had a good experience with centralised economic coordination while they were being part of the Socialist bloc, so their reservations will not be easy to address. These countries would rather support more EU integration on foreign policy and defense, or when it comes to energy and digital policy. Sweden and Denmark, for their part, would like the EU to focus more on environmental and social policies.

Even within the Eurozone there are differences. Whereas the North hopes that more integration will push the South into being more disciplined budget-wise, the South hopes, on the contrary, that more integration will help them prevent austerity measures and promote further social measures. As a consequence, further economic integration can only take place if the Eurozone will have an institutional system with sufficient checks and balances, for example a Finance Minister able to make budgetary decisions, but also Eurobonds.

And then comes the question of the democratic scrutiny of these structures that is needed, and that is being demanded by some countries, most recently by Madrid. However, among the Northerns there are differences on whether the Eurozone should have or not its own governing structures. For example, the Dutch have expressed strong reservations to the idea of creating yet another round of governing structures and, consequently, paying for them.

For this reason, some countries came up with the idea of creating “clubs”, or coalitions of the willing, in order to move ahead in areas where only a part of the Member States agree. However, there is a fundamental difference in the views on this very principle, as some countries think a multi-speed Europe will push the EU forwards, while others fear that this can lead to the disintegration of the EU altogether.

We have seen these differences emerging even in the speeches of the EU leaders during the celebrations of the 60th anniversary of the EU Treaty. We can expect these to become more evident especially after the German elections, when the debates on the future of the EU and the Brexit negotiations will restart.

In order to have a sustainable European project, there should be a consensus among the member states. Overall. at this point, we can expect more economic integration within the Eurozone and increasing divisions between Eurozone and non-Eurozone countries. We can also expect steps in the direction of developing joint defense capabilities after Brexit, the British being the ones who were blocking this idea.

I think that the European policy makers, as well as the national ones will do what they can, but it is not only up to them. The rise of nationalism also has to do with economic growth, especially when it is combined with substantial immigration. These two phenomena, and the deficiencies with which they were communicated to the public, have facilitated the level of nationalism and Euroscepticism that we are now experiencing.

So it very much depends on what will happen on these two fronts in the coming years, but judging by the data that we have available we can expect that Europe will still struggle to generate economic growth as the competition on the global stage becomes ever tougher. The fact that the EU has an ageing population does not help in this respect either. The immigration can therefore be seen as an opportunity to fuel economic growth, but immigration at its turn is capitalised by leaders with nationalistic rhetoric. For these reasons, it looks like we should still be prepared for dealing with substantial pressure on the EU integration and the liberal order on the continent in general for some years to come.

We are heading towards complicated political processes, including EU Parliament elections in the first part of 2019 which will coincide with the finalization of Brexit, followed by the appointment of the new European Commission, which will not be an easy exercise taking into account the context and the differences among countries. We can expect the nationalists to try to make the most out of these events, by portraying Brexit as a sign of the collapse of the Union. All these events will have to be handled with a lot of care in order to make sure that 2019 will be a moment of bringing EU countries together, rather than dividing them.