Home Votewatch » Interview: Co-Chair of the Greens/EFA Ska Keller on the future of Europe 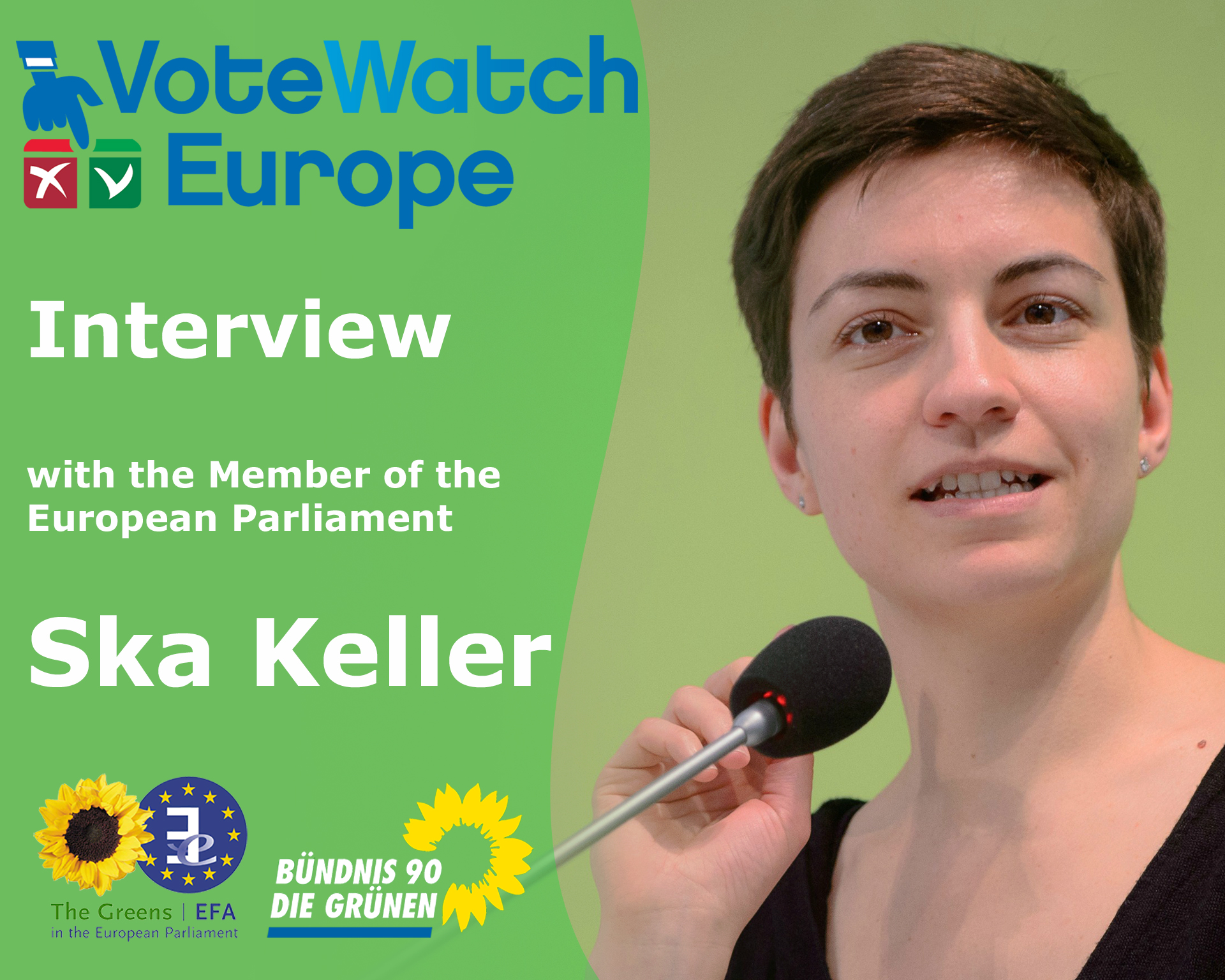 The European Greens are at a crossroads. Green parties are struggling to counter the rise of right-wing parties across the continent and put environmental protection back to the forefront of the political agenda of EU Member States.  Their closest partners, the Social Democrats, are also losing power in most countries, as they were not in the position to capitalize on the backlash against economic and social globalization.

However, despite being in opposition in most European Member States, the Greens continue to exert substantial influence on EU legislation in the European Parliament (they are more often in the winning side than larger groups such as ECR and the far-left GUE-NGL). The European Greens are aiming at boosting their credentials in the run up to the next European Parliament elections, as the electoral outcome in 2019 will shape the discourse on the future of the EU for the years to come.

One of key leaders of the group is undoubtedly MEP Ska Keller, former candidate to the Presidency of the European Commission (Spitzenkandidat) in the 2014 elections. In this interview, we asked MEP Keller how the Greens are preparing for the next European elections, how the Greens can contribute to the reform of the Eurozone, her views on Transatlantic trade relations and much more.

She is currently the co-chair of the Greens/EFA group and one of the most influential MEP. According to our latest influence assessment report, MEP Keller ranks 24th among all MEPs and 7th among Germans.

1. VoteWatch: Ms Keller, this is already your second term in the European Parliament, how would you describe the relationship between your national party and the group of the Greens/EFA over these (almost) 9 years of service? What could you say about the Bündnis 90/Die Grünen delegation’s work in the current term?

[Indeed, according to our data, Greens/EFA was the most cohesive group in the European Parliament during the 8th Parliamentary term]

2. VoteWatch: What are your views on the potential scenario in which pan-EU lists will contest the elections in 2019? How is the Greens/EFA group preparing for this important event? You were one of the Spitzenkandidaten in 2014, what about this time?

MEP Ska Keller: The European Green Party is currently deciding the modalities for the upcoming election of the leading candidates. As Greens, we very much support the idea that whoever wants to be president of the European Commission should run as leading candidate. This has been a step forward in European democracy and also in Europeanizing the election debate.

3. VoteWatch: The planned reform of the Eurozone governance will start materializing in 2018. How can the Greens contribute to this debate, given that Member States are in the driving seat and that the Greens are currently in opposition in most EU countries?

MEP Ska Keller: We Greens have been very active and vocal in the European Parliament on making the Eurozone stronger, more democratic and more social. The Parliament has an important role in shaping the Eurozone. I belief that it is also due to our efforts, together with other political groups, that the narrow focus of the Economic and Monetary Union on austerity is now clearly weakened in the proposals for the Eurozone reform by the Commission. One of our longstanding Green demands is to create a European Minister of Economic Affairs since this would make the Eurogroup more accountable and subject to scrutiny by the European Parliament. We will continue to push President Juncker to come up with a respective proposal this year. 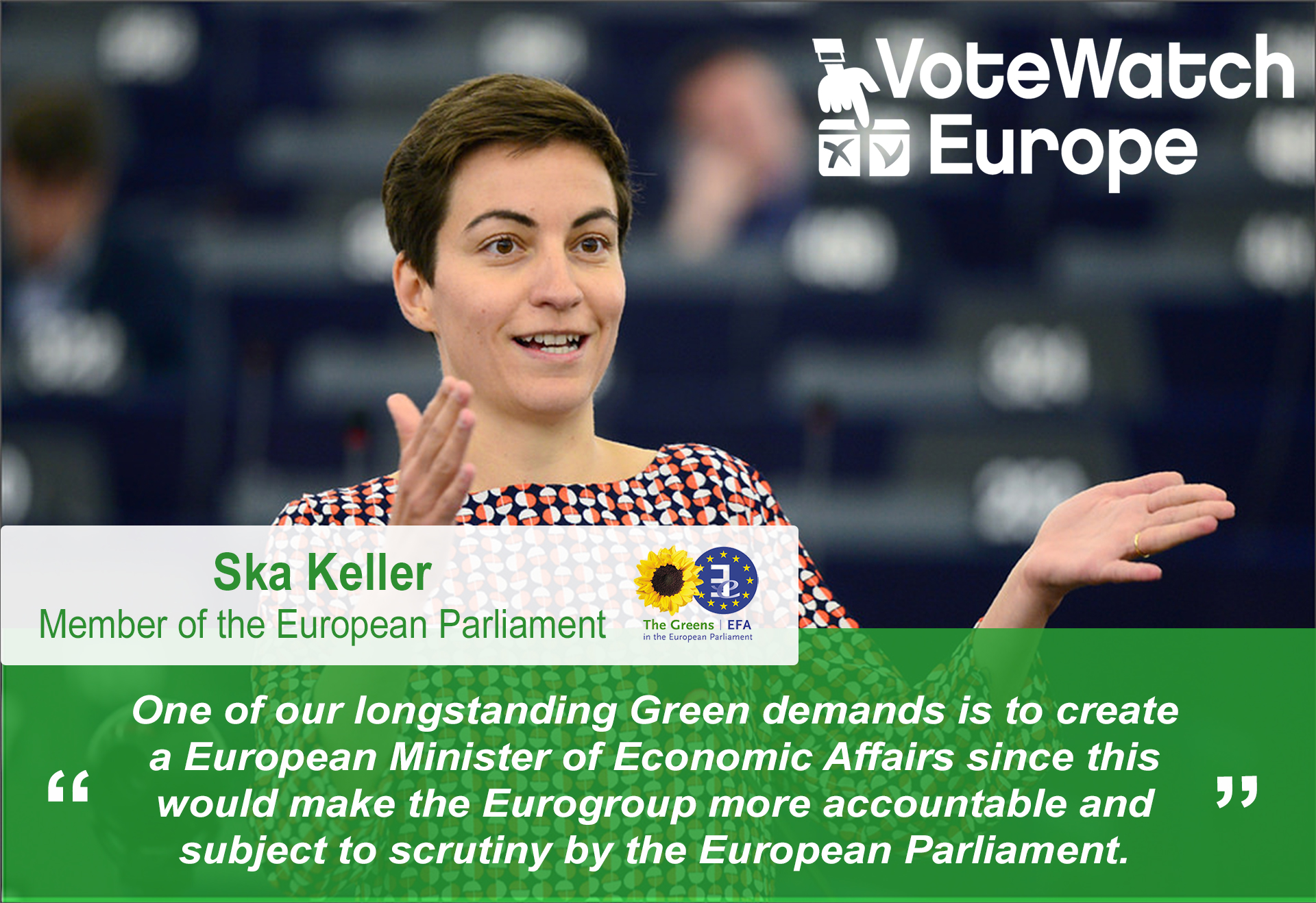 4. VoteWatch: As a vocal supporter of the refugees’ rights, what strategy do you think the EU should adopt in order to convince the Visegrad group to be soften their positions with regards to the refugees’ crisis that EU is still dealing with?

MEP Ska Keller: It is not only the Visegrad group which is reluctant about a fair allocation of asylum seekers among all Member States. But it is true that the Visegrad countries are the most outspoken. Member States have to understand that solidarity is not a one-way-street. If they oppose taking a fair share of asylum-seekers, the EU should also cut-off funding or operational support by Frontex for sending back asylum-seekers who are not in need of protection to their home country. You cannot oppose taking asylum-seekers and at the same time expect solidarity when you try to get rid of people whose asylum application was rejected.

[Check out how MEP Keller and her colleagues voted on the reform of Dublin system, which also deals with the relocation of refugees across Member States]

5. VoteWatch: What do you think about the EU and US relationship in the age of President Trump? How should the EU counteract Trump’s decision to pull out the US from the Paris agreement? What do think about the low chances of reviving TTIP talks in the near future?

MEP Ska Keller: Under President Trump, the United States is not just increasingly withdrawing from its role as an international regulatory power. It is also falling back into a chauvinist nationalism.  We have to make sure that the EU continues to stand for peace, justice and human rights in the globalized world. The EU clearly has to take the lead in fighting climate change, while still keeping the door open for the US to re-join the Paris agreement. The EU must also become a forerunner for fair trade agreements which benefit the people as much as business. I doubt that we can achieve this with a revival of TTIP. 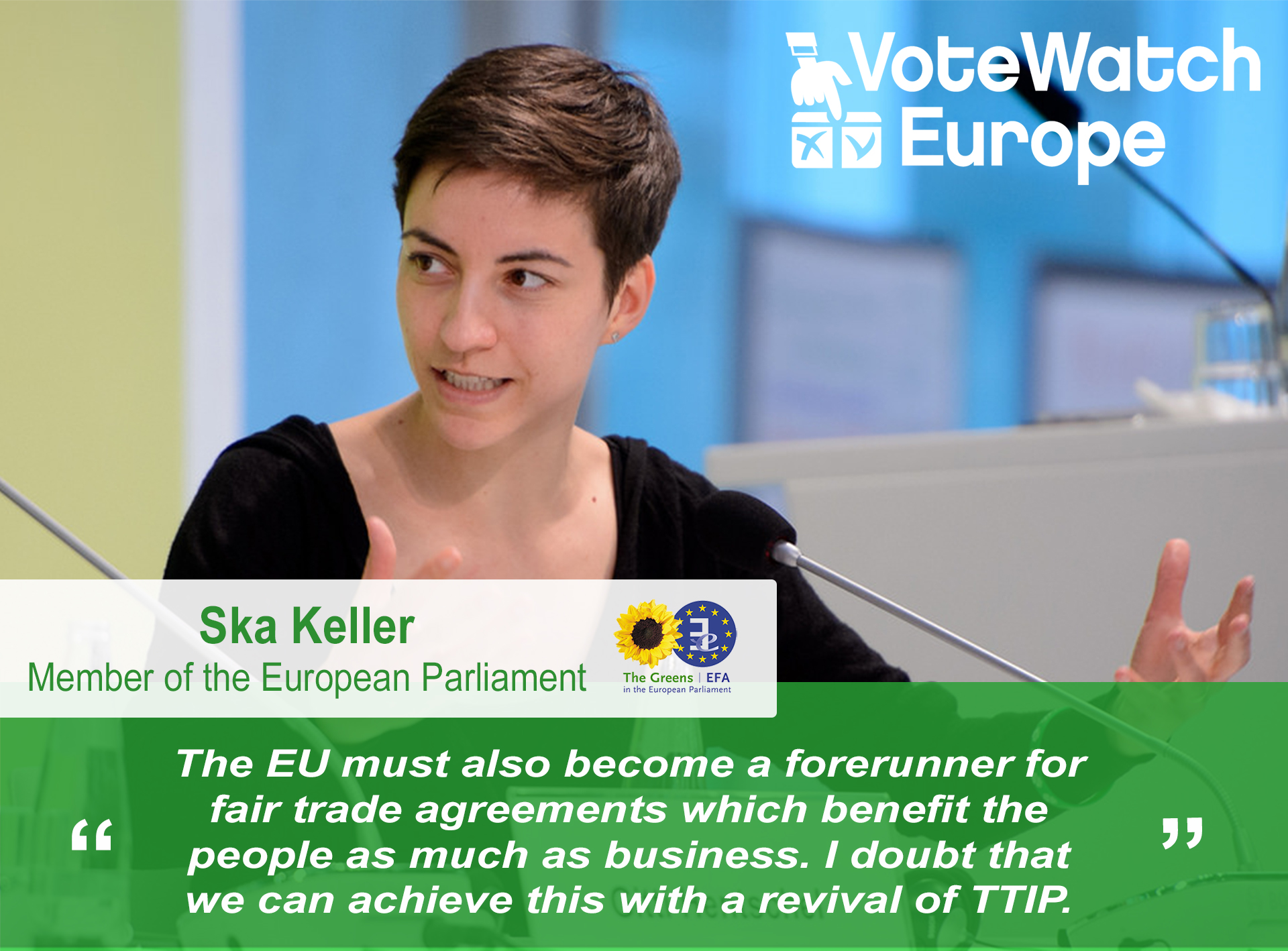 Discover more about the activities of MEP Keller, as well as her fellow colleagues, on our website www.votewatch.eu. Were you to need additional information, feel free to contact us at [email protected]