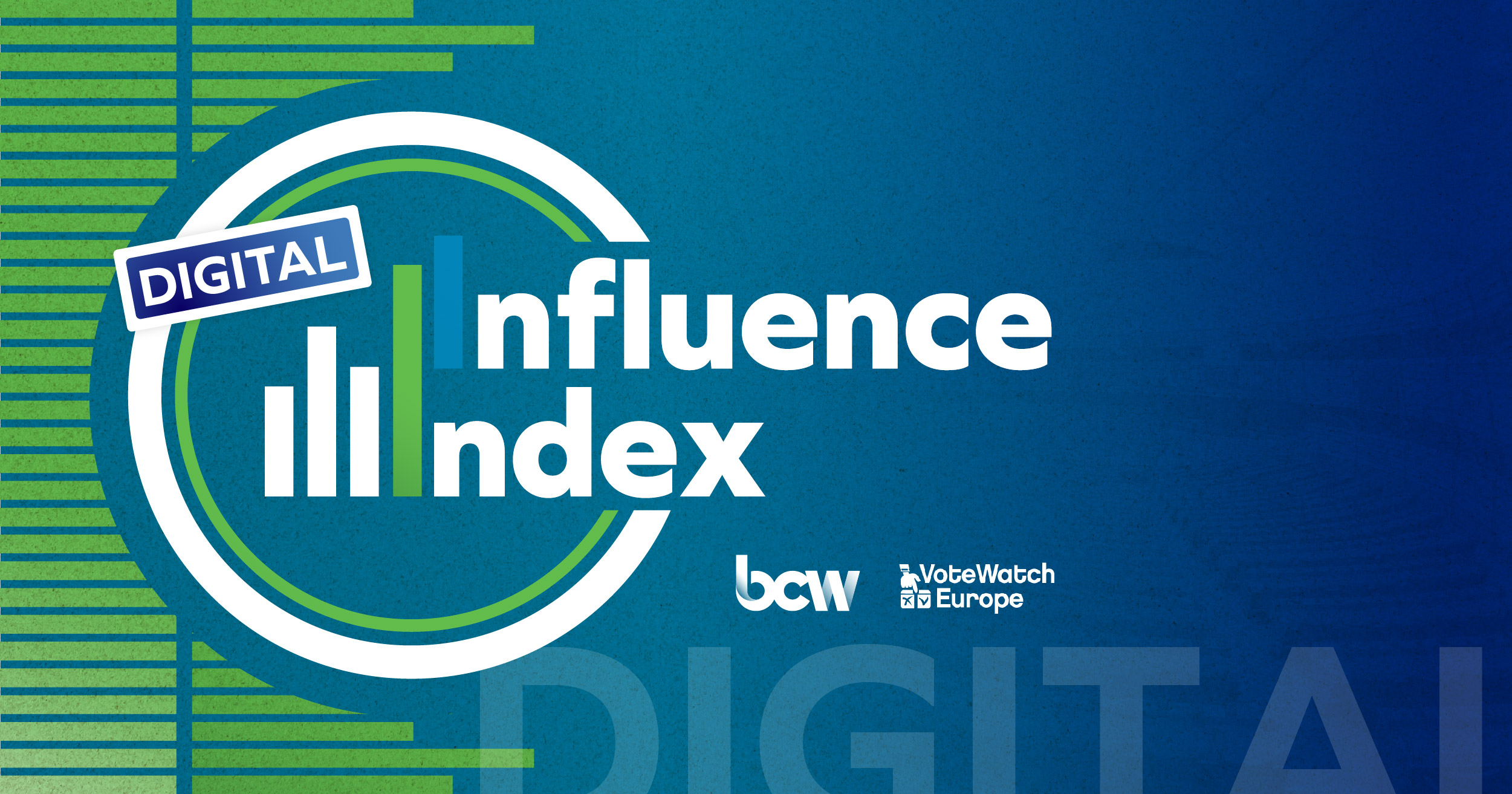 The following report sheds light on the top MEPs by political influence on the EU Digital Age.

Following the influence assessment of two of the currently most salient EU policy areas, namely Green Deal and health, VoteWatch is now revealing the most politically influential MEPs when it comes to EU digital policies. Similarly to 2020, the assessment of distribution of political influence in the digital pillar yields very different results compared to what can be observed for climate or health, showing that different policy areas have different political dynamics.

At this stage of the parliamentary term, we can more accurately assess the political influence of MEPs based on their legislative activities, including in the context of the Parliament’s special committees on digital topics (Special Committee on Artificial Intelligence in a Digital Age, AIDA – and Special Committee on Disinformation, INGE). Important progress has also been made on some of the main digital files, including on the Digital Services (DSA) and Digital Markets (DMA) Acts, allowing us to more accurately assess the political influence of MEPs in shaping actual legislative initiatives. To read the full methodology, click here.

1. The research below does not include the views of the MEPs, i.e. the directions in which they are likely to push and pull EU legislation. To find out the positioning of MEPs on digital issues, you can find our advanced mappings on data protection, digital liability, or Artificial Intelligence here. Contact us at [email protected] for additional information.

2. Always keep in mind that while individual MEPs are the visible signatories of initiatives or amendments, in reality, their views are shaped (and their margins of manoeuvre are limited) by bigger political and societal forces that converge when policy-making is done. Ignoring those forces can lead to surprises, so make sure you don’t just look at the visible MEPs, who are just the tip of the iceberg, but also look at their colleagues, networks and other stakeholders surrounding them, i.e. keep in mind that 90% of the iceberg is “below the sea level”. Feel free to contact us to learn more.

#1: German S&D member Birgit Sippel is currently the most politically influential MEP when it comes to the Digital Age pillar. Since 2014, Sippel has been the S&D coordinator in the Civil Liberties, Justice and Home Affairs Committee (LIBE). Additionally, she is the vice-chair of the Special Committee on Artificial Intelligence in a Digital Age (AIDA). Currently serving in her third parliamentary term, she has carried out extensive legislative activity in the Digital Age pillar, especially in data protection, migration and online criminal issues. Find her full profile here.

#2: German EPP Member Andreas Schwab is currently the second most politically influential MEP when it comes to EU digital policy. A member of the CDU, who is serving his fourth parliamentary term, he is the EPP coordinator in the Committee on Internal Market and Consumer Protection (IMCO). Importantly, Andreas Schwab is the lead rapporteur on the Digital Markets Act, one of the key pillars of the current Commission’s digital legislation. As a member of the Committee on Economic Affairs (ECON), he is also the rapporteur on the EU’s Digital Taxation. Find his full profile here.

#3: CDU member Sabine Verheyen, from Germany, is the third most politically influential MEP when it comes to the Commission’s Digital Age Pillar. Currently serving her third parliamentary term, she has been particularly active on the cultural side of the EU’s digital transformation. As the Chair of the Committee on Culture and Education (CULT), she has notably been a rapporteur on the files regarding Artificial Intelligence in education, culture and the audiovisual sector. Find her full profile here.

#4: Axel Voss, also an EPP member from Germany, is the fourth most politically influential MEP on EU digital policies. Currently in his third parliamentary term, he is notably the EPP coordinator for the Committee on Legal Affairs (JURI), which often deals with the legal aspects of digital legislation (for instance, in the Digital Services Act). As part of the Special Committee on Artificial Intelligence in a Digital Age, Axel Voss was notably the rapporteur on the civil liability regime for Artificial Intelligence. He has also been particularly active on data protection, including within the European Strategy for Data. Find his full profile here.

#5: Danish S&D Member Christel Schaldemose currently holds the fifth place in our political Influence Index when it comes to the Digital Age pillar. She is notably the S&D coordinator in the Committee on Market and Consumer Protection (IMCO), as well as a member of the Special Committee on Artificial Intelligence in a Digital Age. Importantly, she is the rapporteur on the Single Market For Digital Services (the Digital Services Act), one of the main legislative files that will shape the future of Europe’s digital economy. Find her full profile here.

As mentioned above, the trends in political influence observed on the Digital Pillar are very different from those observed on Green Deal or health policies, where the centre-to-the-right are outperforming their counterparts. In the case of digital legislation, the EPP Group has notably gained influence since last year’s ranking and currently outperforms all other political groups when we look at the proportional influence of each group (regardless of their size).

Importantly, the distribution of political influence is not solely based on left-right political divisions, but instead opposes mainstream groups against the more fringe forces. On the one hand, Renew and S&D are also punching above their weight  when it comes to digital policies. On the other hand, Greens/EFA, The Left and ID (and to a smaller extent ECR) are the least politically influential political groups. This is especially important considering that fringe forces tend to generally oppose more regulation on online content, as they fear this would impact them negatively.

When looking at the national distribution of political influence on the Digital Age Pillar, it should first be noted that Germany is leading compared to other countries, with the highest performance even when we look at the proportional influence of each national delegation (regardless of their size). This comes with little surprise, as 4 of the top 5 MEPs on digital policies are from Germany. Conversely, while French Renew members have been rather active on environmental matters (in particular Canfin, who featured in our top 5 politically influential MEPs for the second time in a row), French MEPs seem to be lagging behind when it comes to shaping the digital transition.

Another important trend that should be highlighted concerns Nordic Member States, which seem to be punching below their weight slightly, while several CEE countries are overachieving considering their size. This is notably the case with Romania and Bulgaria, but also Latvia and Estonia for instance.