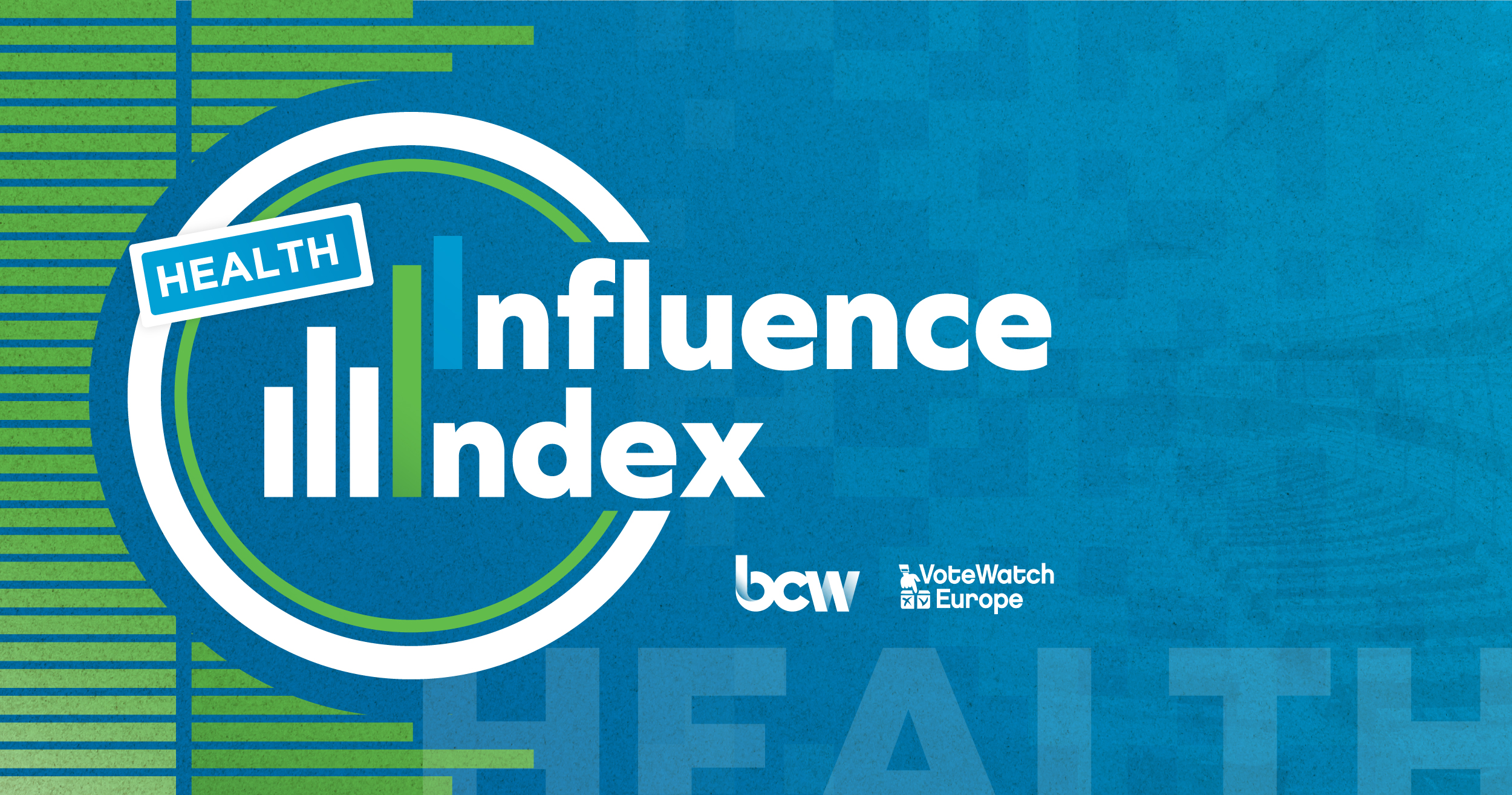 The following report sheds light on the top MEPs by political influence on the EU Health policy.

Due to COVID-19, European Union is focusing on health-related legislation, recently visibly accelerating plans to build a functioning health union. Due to the high sensitivity of some of the new initiatives such as EU Health Emergency Preparedness and Response Authority (HERA), MEPs have continued to be divided on their approach to health policy as it has been shown previously.

Therefore, it is essential to discern which MEPs are actually spearheading and shaping the debate from those who are just following suit. This is why careful thought has been given to our Influence Index, which accurately measures the impact of every MEP in this policy area.

VoteWatch has applied a comprehensive methodology to spot who these representatives of citizens’ interests are and the reasons that make certain MEPs more or less influential. As we are now well into the current legislative cycle, we can have a clearer picture of which MEPs are shaping legislative files. To read the full methodology, click here.

1. The research below does not include the views of the MEPs, i.e. the directions in which they are likely to push and pull EU legislation. To find out the positioning of MEPs on climate issues, you can find our advanced mappings on EU health policies here. Contact us at [email protected] for additional information.

2. Always keep in mind that while individual MEPs are the visible signatories of initiatives or amendments, in reality, their views are shaped (and their margins of manoeuvre are limited) by bigger political and societal forces that converge when policy-making is done. Ignoring those forces can lead to surprises, so make sure you don’t just look at the visible MEPs, who are just the tip of the iceberg, but also look at their colleagues, networks and other stakeholders surrounding them, i.e. keep in mind that 90% of the iceberg is “below the sea level”. Feel free to contact us to learn more.

#1: Sara Cerdas, Portuguese MEP from the S&D group, is ranked as the most politically influential in health policies. With a professional background as a public health doctor, she is the current Vice-chair in the Special Committee on Beating Cancer (BECA), as well as a member in the Committee on the Environment, Public Health and Food Security. One of the key activities that made her a key player in shaping health policy is her position as a rapporteur for the “Resolution on enabling the digital transformation on health and care in the Digital Single Market, empowering citizens and building a healthier society”. In addition, she has been shadow rapporteur for the report on “Serious cross-border threats to health” and the “EU4Health Programme”, which establishes the EU’s action in this field for the next 6 years and therefore will have a great impact on the future of health in Europe. Find her full profile here.

#2: The German MEP Peter Liese is the second in the ranking. He is serving his 6th term as part of the EPP group and his long-term background in the EP has allowed him to build strong networks and gain influence overall. He is also a member of BECA Special Committee, working also as a shadow rapporteur for “Strengthening Europe in the fight against cancer – towards a comprehensive and coordinated strategy”. In addition to his role as a member of the Committee on Environment, Public Health and Food Safety, he is the coordinator of this committee for the EPP group, one of the underlying reasons for his influence in this policy domain. Find his full profile here.

#3: Alessandra Moretti is third on the ranking and part of the Italian S&D group, serving her second parliamentary term. She is a member of the Committee on Environment, Public Health and Food Safety and the Coordinator for the S&D group of the BECA Special Committee. Among her most relevant parliamentary activities in the health policy field we find her work as a shadow rapporteur on “Shortage of medicines – how to address an emerging problem” and “Pharmaceutical Strategy for Europe”. Find her full profile here.

#4: Bartosz Arłukowicz is a Polish MEP part of the EPP in parliament. With a background in medicine, who specialised in paediatrics, he is now the chair of the BECA Special Committee as well as a member of the Committee on the Environment, Public Health and Food Safety. Together with Sara Cerdas, he is one of the rapporteurs of the “Resolution on enabling the digital transformation of health and care in the Digital Single Market; empowering citizens and building a healthier society”. Find his full profile here.

#5: Joanna Kopcińska is the last MEP entering in the top 5, coming from Poland as part of the European Conservatives and Reformists Group, where she is the coordinator for the BECA Special Committee. She is also the Vice-chair of BECA and a member of the Committee on the Environment, Public Health and Food Safety. Part of her broad influence derives from her extensive work as rapporteur in some of the key legislative procedures in the health field. Among these we find the resolution on digital transformation of health, “Public Health: European Centre for Disease prevention and control”, or the “Resolution on a strategic approach to pharmaceuticals in the environment”. As a doctor herself, she has also been involved in several shadow rapporteur positions, including the “EU4Health Programme”. Find her full profile here.

The Social Democrats make up for an important share of political influence compared to their size, showing they are punching above their weight and performing relatively better than other political groups.

As S&D is followed by Renew and Greens/EFA in terms of proportional political influence, centre-to-left groups are overall more influential than groups on the right of the political spectrum, which is also what we observe regarding the corresponding assessment on the European Green Deal.  Coalition-building dynamics seem to be favouring centre-left wing majorities, as more conservative MEPs tend to be sidelined during discussions on the EU Health Union. There are a few exceptions however, as shown by the high level of political influence by individual EPP and ECR members (as visibile in our top 5 of most politically influential MEPs).

Importantly, some groups, such as the S&D, EPP, and Renew have a higher share of doctors/health professionals in their ranks compared to the Greens/EFA, The Left, and ECR. This seems to indicate that health professionals favour moderate approaches, feeling more comfortable with more centrist positions.

Taking a look from the national perspective, the country with the highest political influence of MEPs (regardless of the size of the country) is Spain. One of the reasons for the country’s influence might be the fact that a large number of its MEPs are part of the S&D, and as mentioned above, this party grouping is the one which has by far the largest influence in health matters. Moreover, Southern member states such as Spain have a tendency to support more Europeanisation of social policies, hence their large influence in the health policy area.

The second most influential in the 2021 ranking is Romania, a country which has experienced a worth-mentioning increase in the last year. Notably, Romanian MEP Nicolae Stefanuta has proven to be highly influential on EU health policies. Despite the fact that he does not have a medical background, his position as Renew coordinator in the Special Committee on Beating Cancer (BECA) as well as his legislative activities place him in this year’s top 10 politically influential MEPs.