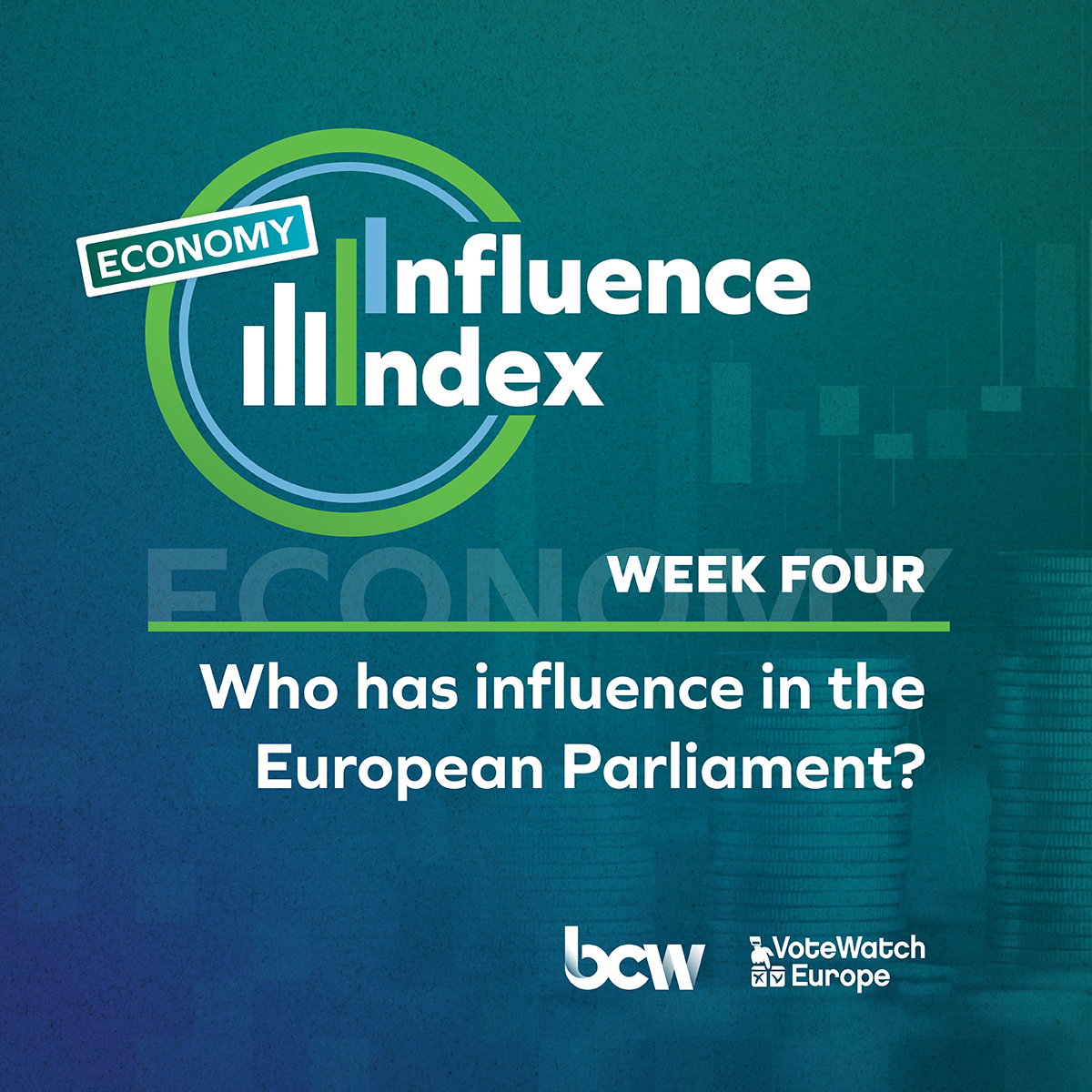 The following report sheds light on the top MEPs by political influence on EU economic policy. The full results are available on the dedicated website.

Following the influence assessments of the EU’s digital policy, Green Deal and health, VoteWatch has assessed the distribution of political influence in the EU’s economic pillar and has reached completely different conclusions, which is further evidence for why this type of sectorial assessments provided by VoteWatch is necessary. A macro-view on the distribution of political influence at the EP level will highlight the MEPs that hold the most coveted leadership positions but will miss important details regarding national cleavages, political dynamics and whether politicians actually walk the walk or they just talk the talk. As in all political analyses, the devil is in the details.

EU economic issues have been in the news in the past months both as a result of tough Council negotiations on the next EU long-term budget and because of the economic distress caused by the Covid-19 pandemic. EU leaders are forced to take bold actions and cross-national red lines while maintaining the impression of autonomy.

This political assessment focuses on the Commission’s proposal for the “Economy that works for all” pillar and it consequently includes budgetary, economic, social and labour policy, as well as taxation, which could be described as EU political issues par excellence as they put head-to-head EU power and national sovereignty. This pillar, therefore, easily stokes emotions and decisions are rarely made by overwhelming majorities.

The sheer magnitude of the pillar and the conflicting interests that come head-to-head make identifying the most influential MEPs especially important. Fortunately, compared with digital and health policy, the European Parliament has been substantially “busier” on the issues covered by the economic pillar. As a consequence, professional background and informal networks play a smaller part in this influence assessment, while legislation and committee positions (the “hard” evidence of influence) take centre stage. To read the full methodology, click here.

1) The most politically influential MEP on EU economic policy is Dragoș Pîslaru, a new Romanian MEP from a recently-established party (PLUS, Renew). Before his election as MEP he was the Minister of Labour in Romania (2016-2017) in Dacian Cioloș’ technocrat government. Pîslaru scored the highest in our political influence assessment due to his legislative involvement in some of the most important economic reports from the past few months (e.g. the 2021-2027 reform support programme and the report on the convergence and competitiveness budgetary instrument for the euro area). Additionally, Pîslaru is the coordinator on behalf of Renew in the EMPL Committee and vice-chair of the Trade Unions intergroup. The Romanian MEP holds a Master’s degree in International Relations from the London School of Economics and a PhD in Economics from the Romanian Academy.

2-3) The second most politically influential MEP in this assessment (alongside Tinagli) is Bavarian EPP-member Markus Ferber. Unlike Pîslaru, Markus Ferber has been an MEP for almost three decades (he was first elected in 1994). Ferber was a member of the Budget and the Budgetary Control committees during the 5th and 6th terms. Since 2009, Ferber has been a member of the Economic and Monetary Affairs Committee and its Vice-Chair during the 8th term. He currently holds a crucial position within the EPP, being the coordinator of Economic and Monetary Affairs (ECON) for the group. He is the rapporteur on two reports on transport and cabotage. Ferber’s main strengths are his seniority and network, which are assets that politicians strive to achieve. Being in an institution for a long time should not be underestimated – that’s how links and alliances get forged and interests get advanced. Similarly, being part of the governing coalition of the EU’s strongest Member State substantially oils the wheels of policy-making.

2-3) Irene Tinagli, member of Partito Democratico (S&D), is the second most influential MEP in this assessment (alongside Ferber) and the first Italian MEP to be featured in our ongoing series of influence assessments. Although Tinagli is serving her first term in the European Parliament, she has managed to be elected as the Chair of the Economic and Monetary Affairs Committee (ECON). She is also co-rapporteur on the InvestEU Programme, Solvency Support Instrument and the accelerated extrajudicial collateral enforcement, AECE. Irene Tinagli holds a master’s degree in Economic Development and Urban Economics from the Carnegie Mellon University of Pittsburgh.

4-5) The fourth most politically influential MEP in the economic pillar (alongside Overtveldt) is Spanish S&D member Jonás Fernández who is currently serving his second term. He is a member of the ECON committee since 2014, where he is currently coordinating the position of the S&D group. Fernández is also a member of the Trade Unions and Social Economy inter-groups in the Parliament. Finally, the Spanish MEP leads the report on the prudential regulatory framework for credit institutions. Jonás Fernández holds a Master’s degree in Finance from CEMFI – Bank of Spain.

4-5) Johan van Overtveldt, member of the Nieuw-Vlaamse Alliantie (ECR, Belgium) is the fourth most influential MEP on the economic pillar (alongside Fernández). The Belgian MEP was elected as the Chair of the Budgets Committee, becoming one of the few MEPs that do not belong to the EP’s centrist groups but have managed to secure committee leadership positions. Overtveldt was also the rapporteur on the EU general budget for 2020. Before entering the European Parliament, Johan van Overtveldt started as a journalist for an economic newspaper and for the banking sector and ultimately became Minister of Finance of Belgium from 2014 to 2018. He holds a PhD in economics.

On average, EPP members are the most influential in the economic pillar, closely followed by members of the Renew group. This confirms our previous findings related to the balance of power in the institution: the leftward tilt of the current EP does not apply to economic and budgetary issues, where centre-to-the-right coalitions continue to be prevalent. As a consequence, the centre-left to the far-left perform worse than in the previous assessments, especially as these forces prefer to “invest” their political capital in policy areas where their action is more likely to be effective (such as the Green Deal).

The national distribution of political influence in the economy pillar shows that MEPs from the so-called Frugal Four countries appear to have less political influence than their governments are able to exert through the unanimity voting procedure in the Council, with Sweden ranking last in terms of average influence. Since the balance of power in the European Parliament is completely different from the one in the Council, ‘frugal’ MEPs are likely to be outnumbered by the political forces advocating for bigger EU spending.

At the top of the ranking, we find that it is Portuguese MEPs, who are, on average, exerting more influence on economic issues than other delegations. Many Portuguese seem to have a keen interest in the policy area, crowding the top 100 positions in our assessment (even new MEPs such as Pizarro and Marques rank rather high). Portugal also benefits from a low level of political fragmentation, which provides Portugal with substantial representation within S&D and EPP (in spite of the relatively small size of the country).

However, this does not mean that Southern MEPs are necessarily punching above their weight on economic decision-making in the EP. French, Greek, Cypriot and Italian MEPs are close to the bottom of the ranking, whereas Finnish MEPs (who are close to the frugal front) are fifth.