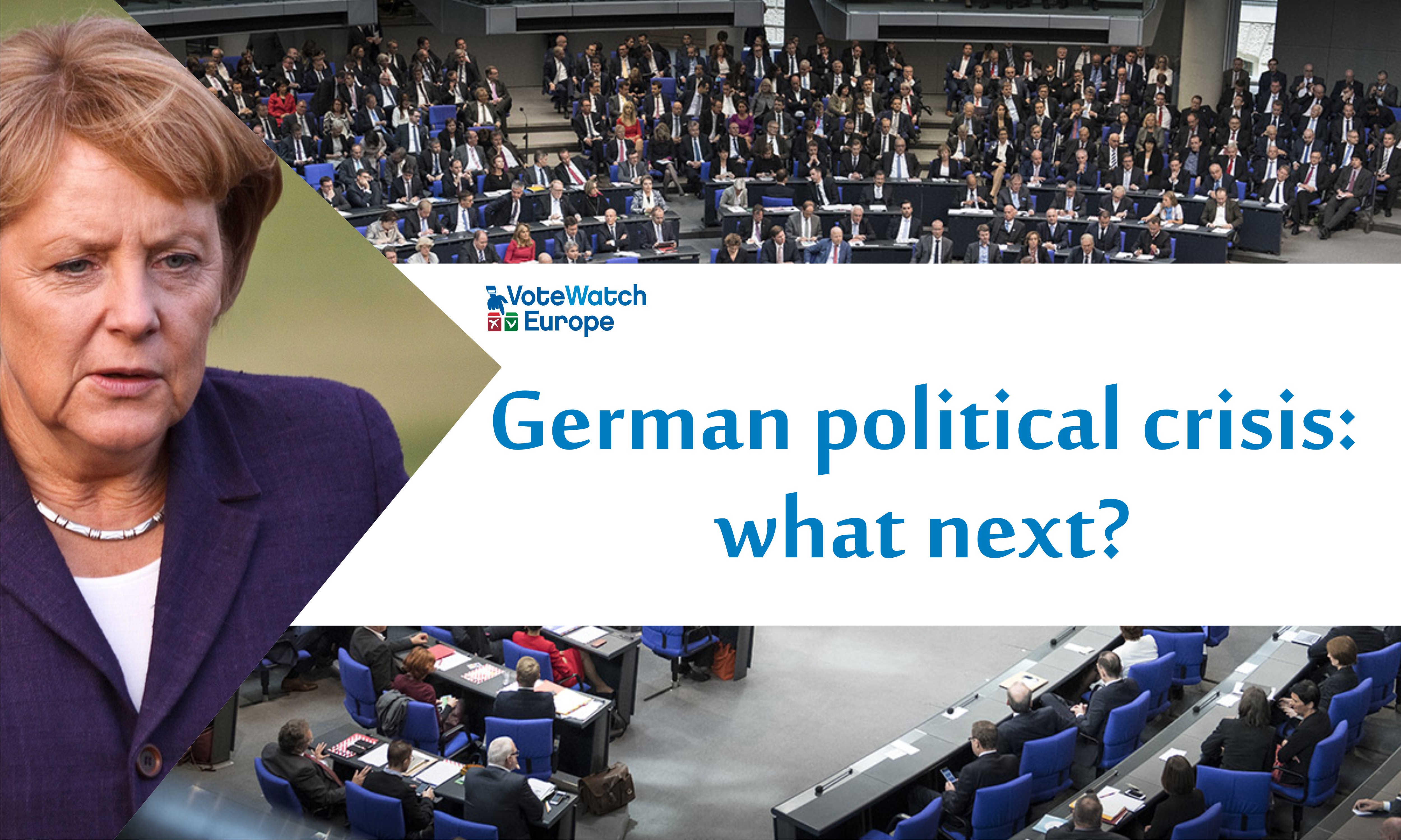 The recent breakdown of the negotiations for a new coalition in Germany took many stakeholders by surprise. As our pre-elections report published in June had already predicted, putting together a coalition between the Christian Democrats, the Liberals and the Greens is a painstaking operation. The abrupt end of the preliminary talks showed that there are still limitations to political engineering, as the positions of the Greens on most issues are still too far from the ones of their potential coalition partners.

Our research, based on the voting behavior of the German parties in the EU decision-making, clearly shows this lack of affinity between the German Greens, on the one side, and the Free Democratic Party and CDU/CSU, on the other side. Most importantly, the involvement of the Greens in a Jamaica coalition would require a shift to the center by FDP and CSU, while these two parties are actually pursuing the opposite strategy. In fact, they shifted to the right during their electoral campaigns in order to tap into the electorate that is dissatisfied with the open-door policy towards refugees, as well as the bailouts, loose monetary policy and increasing deepening of the Eurozone governance.

In this sense, the early collapse of the coalition negotiations in Germany was also caused by the inability to address the increasing political polarization in country. Many observers long thought that Germany was immune to the political trends that are affecting the rest of the continent, in particular the rising backlash against consensual policymaking by those who feel excluded by the policies adopted so far.

Merkel’s centrist consensual policies were deemed to be a panacea against any sort of populism, yet also Germany is now struggling to come to terms with the success of Alternative for Germany. In this sense, a Jamaica coalition might do little to solve the problem, as this coalition is likely to be perceived as a weaker re-edition of a centrist Grand coalition (just more unstable than the previous one).

Germany is not immune to political fragmentation

Now that also Germany is starting suffering from the political fragmentation that is now affecting most political systems in Europe, the German allergy for instability is increasingly under pressure. Despite the option of a minority government has been repeatedly mentioned over the last few days, German policymakers are skeptical about its compatibility with the German system. This option is currently being considered in Czechia, which is suffering from the same malaise (fragmentation and polarization), whereas this solution has been already adopted in Spain after a repeat election failed to provide a majority to the center-right wing coalition formed by the People’s Party and Ciudadanos.

Most likely, some of the reticent parties that are current playing hardball to avoid joining another government led by Merkel (Free Democratic Party and Social Democratic Party) will ultimately make some concession to break the deadlock, either before or after new legislative elections. However, the lesson to be drawn from this political crisis is that the German political system is not immune to the overall political trends that are sparking instability across Europe. This also means that the German unrivaled political leadership on the continent might also be in danger, were German policymakers to fail forming a cohesive and stable government.

What impact on the European Union?

Since right after the Eastern enlargement, Merkel’s Germany has gradually become the political center of the European Union, not only the geographical one. Since then, despite the changes in the political compositions of the German governments, Merkel managed to provide a mix of stability and flexibility that contributed to increase the German clout in both the European continent and the world as a whole. She actively took a leading role during some of the worst crisis of the history of the European Union.

The weakening and, potentially, the end of Merkel’s rule in Germany is likely to lead to a vacuum of power in Brussels as well. The President of France will try to fill this vacuum by strengthening his position at the European level after the next European elections in 2019 (there are speculations on the potential establishment of a Europe En Marche group in the EP). However, Macron will have a harder time in the Council of Ministers, as his ambitious ideas on the EU’s future are opposed by several CEE and Nordic countries. Thus, a Macron-driven EU would rather lead to more fragmentation, with the deepening of multi-speed Europe scenarios. Will post-Merkel’s Germany still be able to contribute maintaining the internal cohesion in the Union, while centrifugal tendencies across the continent are getting stronger?

At VoteWatch Europe, we daily track political developments at the European level. Thanks to our sophisticated monitoring system, we keep track of the political behavior of the Members of the European Parliament, as well as the representatives of the national governments in the Council, to keep you updated about the most likely scenarios on the European Union’s future.

Do you want to get a deeper understanding of the side effects that the current political instability will generate in the other Member States? To what extent this crisis will get its mark on Germany, affecting its political leading role on the continent? Ask for a more in-depth analysis and get over the simple speculations vehiculated in the public space. Our reports are based on interpreting the actual behavior of politicians when making decisions for the EU behavior in both the European Parliament and the Council. Feel free to contact us at [email protected]

Annex: figures-based insights on whether German parties share views (or not) 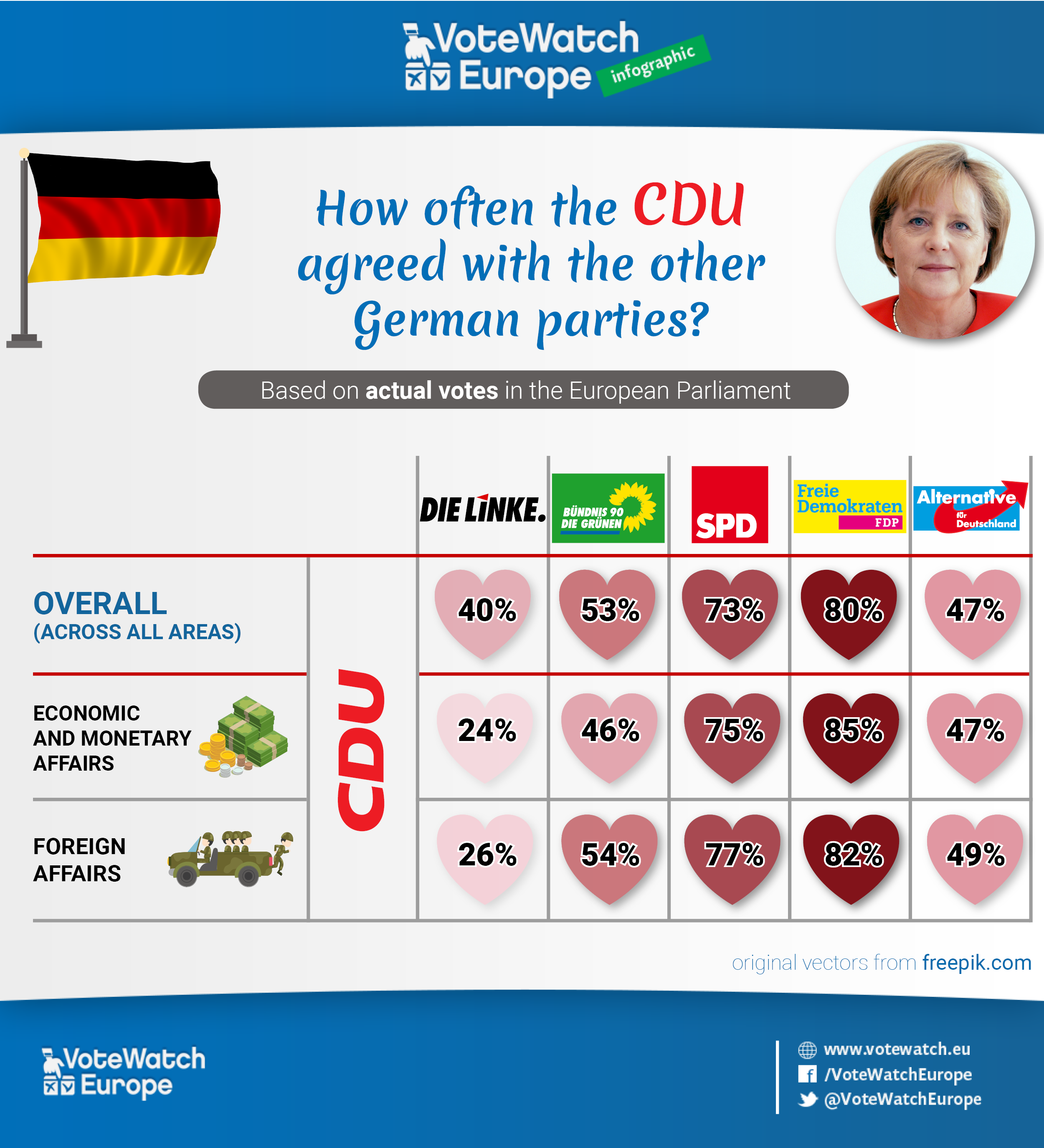 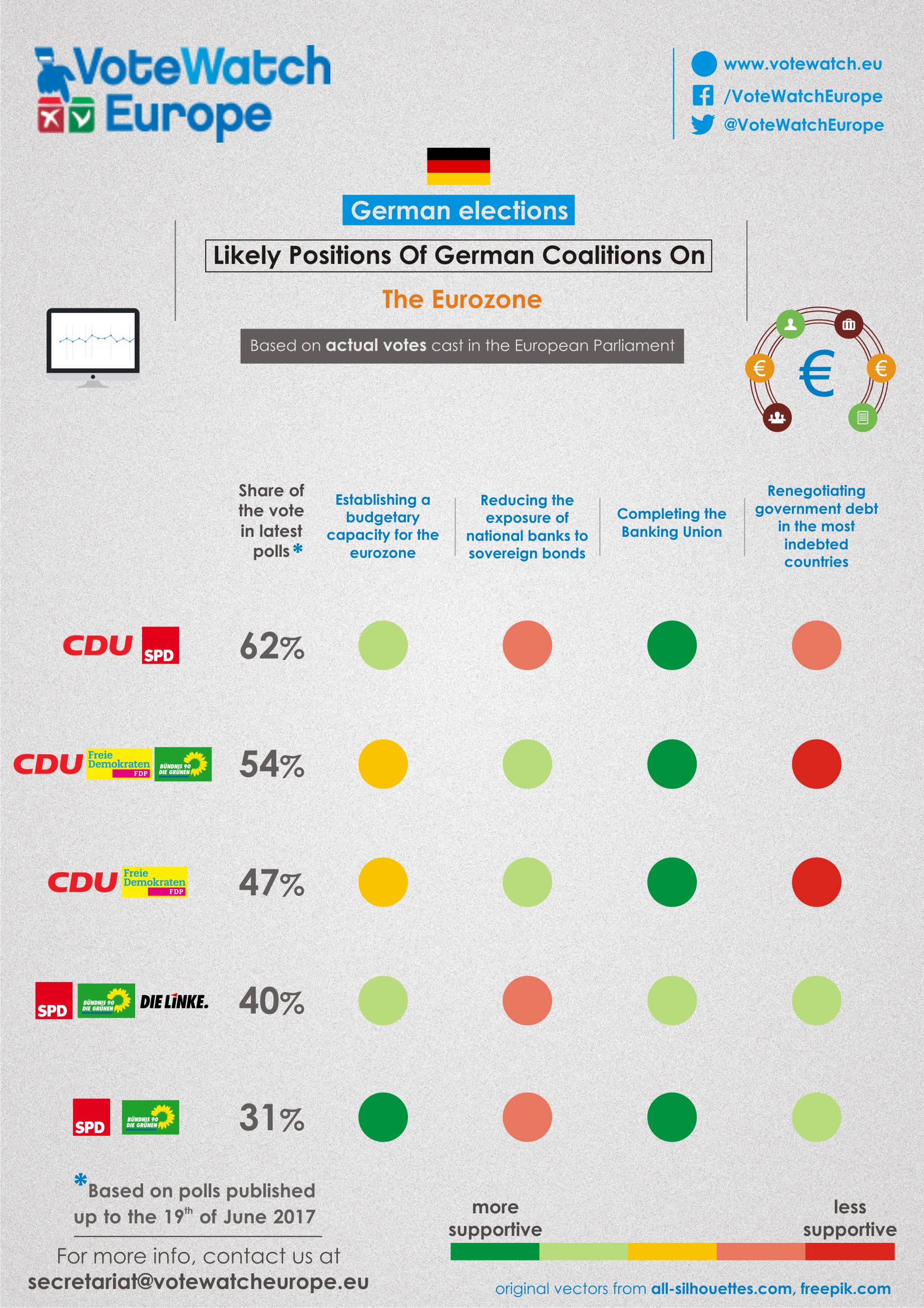