We have recorded a similarly very high level of coordination of the positions across the national delegations within the smaller Greens/EFA group (50 Members from 17 countries), i.e. 97.5%. At some distance, but still above the 90% threshold, are the ALDE group (93%) and S&D group (92.8%). 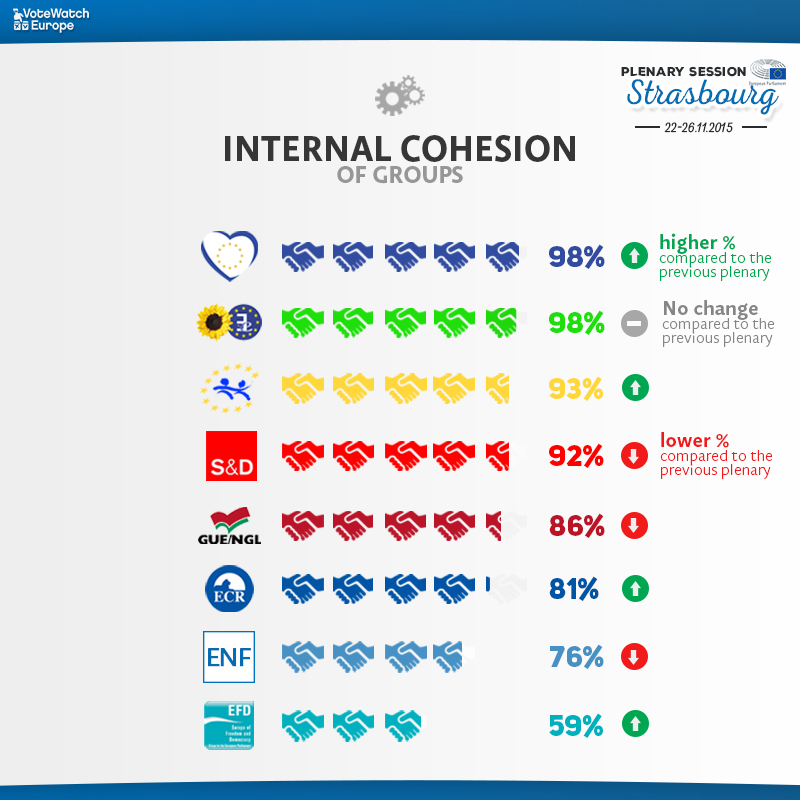 The cohesion of the Socialist group broke down especially on agricultural-related issues (down to 76.8%), more specifically on the dossier that addressed the animal welfare strategy for 2016-2020. On this dossier, the Socialist Members split on several occasions. For example, on the vote on an amendment, (AM 16rev) urging the Commission to develop an EU action plan to counter illegal wildlife trade in Europe, 70 S&D parliamentarians voted in favour of the provision and against the group’s line. In this case, the British, Austrian, Belgian, German, Dutch, Swedish and Greek delegations broke away from the group line.

The same dossier caused a rift in the ECR group, surfacing the differences in the views of the Polish and British delegations.

EPP has done well to control a majority of the plenary on budget votes (82 out of 84 votes won). S&D group has also done well to win all 29 votes on regional development and all 15 votes on transport. But the performance of the S&D group has been pulled down especially by the losses on the Rachida Dati report, that dealt with measures to prevent radicalization of EU citizens. This is because the S&D Members started to have divergent opinions on the level of security needed, after the Paris attacks, in particular the French delegation, but also the Spanish and Belgian ones. 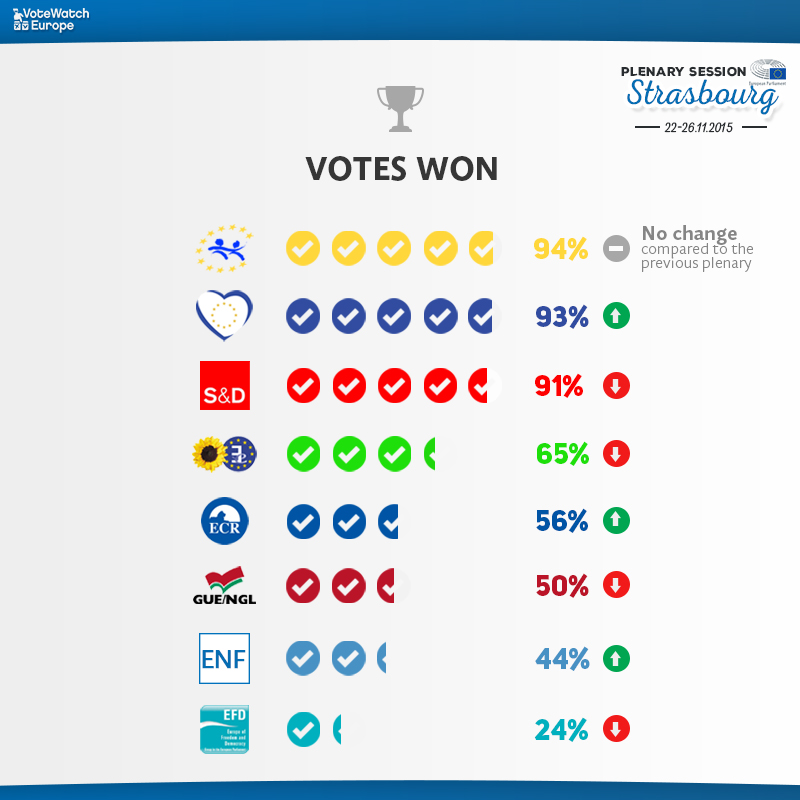 Who participated in votes and who missed the most?

The Members of the Eurosceptic EFDD group have been most eager to take part in the EP votes in this plenary (92.9%), even though they were by far most often in minority. However, the rate of participation of the centrist groups has improved: EPP has reached 92.6%, ALDE 91.2% and S&D 91%. The Greens/EFA group has recorded an unusually low participation rate last week, of 86.5%. The overall participation rate of MEPs (across the groups + non-attached MEPs) in November’s Strasbourg plenary was of 90.5%. 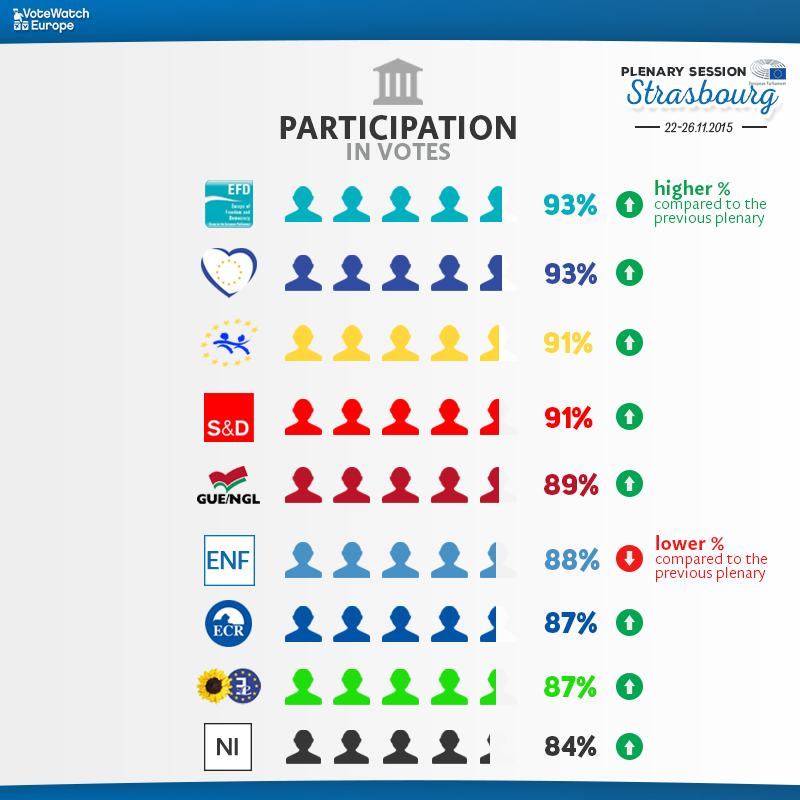 The budget and tax rulings were most interesting subjects for MEPs. The cohesion policy and the situation in Cambodia the least interesting

Just as in the previous plenary, the EU budget was the dossier were the political groups rallied their Members best: a record 703 MEPs voted on the 2016 EU budget. The votes on the report by the special parliamentary committee that investigated tax rulings were also very appealing for the Members, 701 of them casting their votes. On the other hand, the report on the simplification of the cohesion policy raised least interest, only 613 Members pressing their voting buttons on this issue. The political situation in Cambodia was second from the bottom: 630 MEPs voted.

For more information, please contact us at [email protected]