Home Votewatch » Future of the EU: which scenarios are the most likely to unfold?

After the publication of the White Paper on the Future of Europe by the European Commission, several heads of governments explicitly came out in supporting one of the 5 directions outlined by the document. French President, Francois Hollande, warned that without a multi-speed Europe, the European Union would explode. On the other hand, the Visegrad group argued against the multi-speed Europe and a Bulgarian MEP recently compared such a perspective to the apartheid.

Which scenario is the most likely to unfold? We have used our capabilities of monitoring and measurement of the views of political parties across the continent to forecast the likely developments.

Relevant political data clearly indicates that Western European delegations are much keener on establishing a multi-speed Europe, which would allow a core group of Member States to take the lead on tax harmonization, establishment of a Eurozone governance and military cooperation.

On the other hand, Central and Eastern European countries would support a scenario where the EU focuses more on defence and security and less on harmonization of economic policy.

Finally, Nordic countries such as Sweden and Denmark are wary of both perspectives (multi-speed Europe and security oriented Europe) and seem more willing to stick to the status quo.

The second scenario, “nothing but the single market”, is the only scenario Juncker has publicly opposed. “Europe is more than markets, goods and money. The single market and the euro area are not ends in themselves”, European Commission President has stated before the European Parliament last week. Even though it would have been endorsed by the United Kingdom, which wishes to maintain the free movement of goods and capitals and set aside the free movement of people, this scenario is likely to be set aside by most Member States. The major political parties in continental Europe still support the Schengen Area and repeatedly voted against the idea that the internal borders’ protection should be dealt by “sovereign nation states”.

Only Eurosceptic parties favour internal border controls, especially the French National Front, which is ahead in polls for the French Presidency elections, as well as the Italian North League and and the Alternative for Germany. The latter has grown to become the third largest party in Germany ahead of September 2017 elections. Similarly, Wilders’ Party for Freedom (PVV) supports the re-establishment of internal border controls, and although his party is not likely to join the next Dutch government after the 15 March elections, its views are often taken into account by the other Dutch parties who don’t want to bleed too much electorate to PVV.

As long as these political parties do not grow in strength in their countries, the “single market only” scenario, in which free movement of workers and services are not guaranteed, will not unfold.

Not enough support for the federalist scenario: “doing much more together”

Yet the last scenario put forward by Juncker, “doing much more together”, does not have enough support either. The Juncker’s white paper is very cautious, and there are very few, in Member States or in EU institutions, who dear to talk about “ever closer union” these days.

A recent vote on the creation of a European pillar of social rights highlights important divisions on critical issues that some wish to harmonise in the following years. For instance, Angela Merkel’s political party, which is likely to remain in a coalition government after next German elections, opposed it.

Multi-speed Europe highlights divisions between the West and the East

On several issues, such as Eurozone and tax harmonization, political data shows strong divisions between the Member States, therefore supporting the idea of a multi-speed Europe. The third Juncker scenario, “those who want more do more”, is officially backed by France and Germany. French President François Hollande invited on Monday 6 March his German, Spanish and Italian counterparts in Versailles to talk about an “a la carte” Europe.

The Commission’s white paper warns that a multi-speed Europe is likely to result in a complex situation, where different combinations would exist, countries opting-out on an issue by issue basis. We assume that similar “coalitions of the willing” would surface between countries wanting to harmonise taxation rules and to establish a Eurozone budget. As shown in our infographics, while Western and Baltic Member States are more willing to speed up integration on fiscal policies, most Nordic (Sweden, Denmark, the Netherlands) and CEE countries (Poland, Romania, Czechia, Slovakia, Hungary) would not. Greece, Ireland, Malta and Cyprus are also opposed. 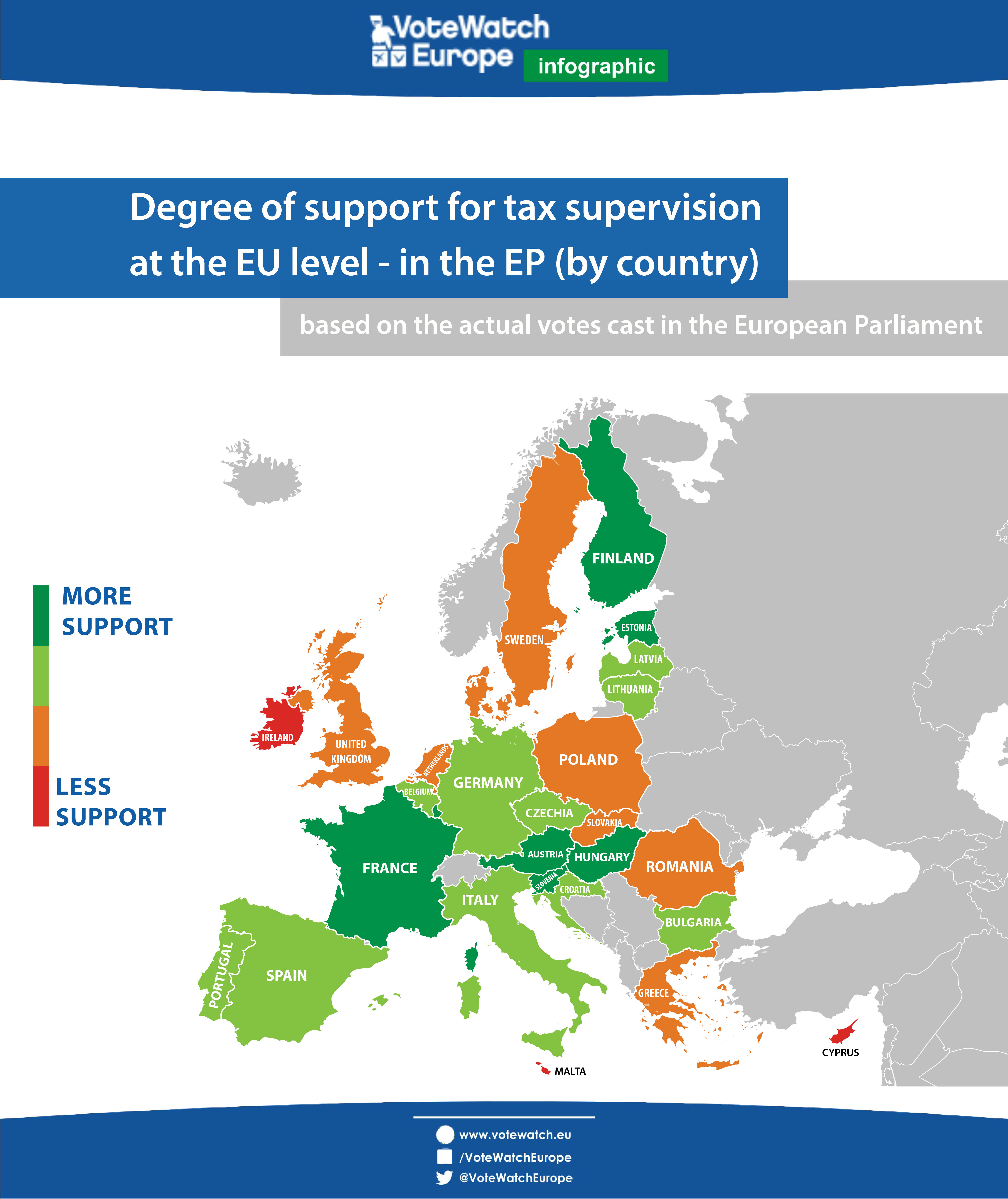 The Visegrád Group countries have recently reiterated their opposition to a two-speed Europe, fearing to be left aside. Romania, Croatia and Bulgaria have also expressed similar objections. 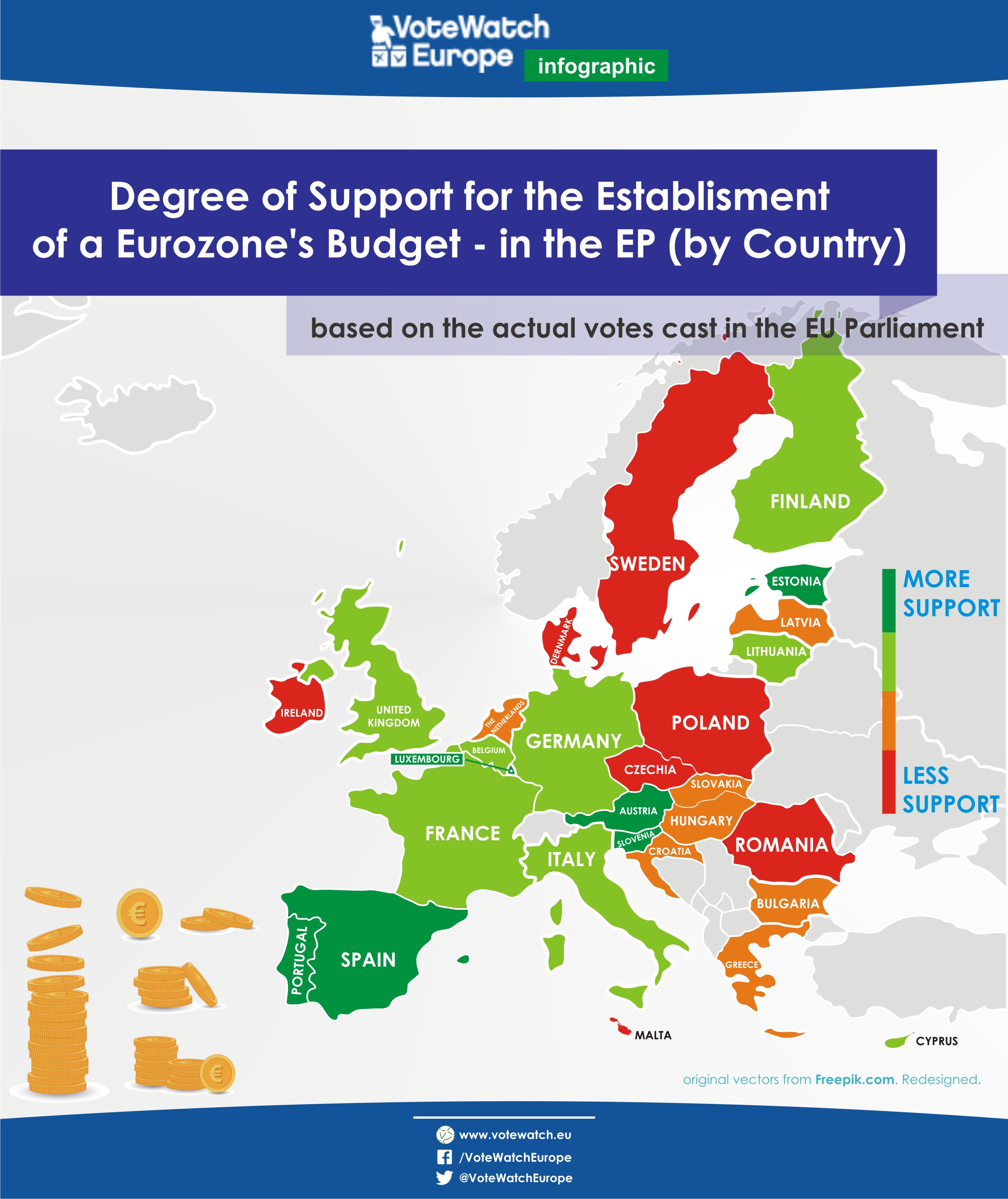 Recent votes on whether to strengthen the Eurozone also underscored sharp divisions within the delegations from the Eurozone Member States, underlining the constant opposition between creditor and debtor countries. Centre-right Dutch political parties voted against the establishment of an Eurozone budget, including the current Prime Minister Mark Rutte’s party, whereas the Angela Merkel’s CDU was split on the issue.

Instead, Visegrád countries are calling for more EU in specific domains, such as the Single Market and security issues, thus adhering to the fourth Juncker’s scenario, “Doing less more efficiently”. This would set aside areas not directly related to the functioning of the single market, such as employment and social policy.

Even though the Visegrád countries stated on Thursday 2 March that “social standards cannot be uniform”, there is not a clear majority among these countries on social policy. While Victor Orban’s Fidesz and the Law and Justice, currently governing Poland, have recently supported a vote calling for the establishment of a European social pillar, the Czech governing parties were divided and Slovakia, governed by the social-democrat party Direction Social Democracy (Smer-SD), was in favour of the text. Still, all these countries strongly opposed in the European Parliament the call for more harmonisation of minimum income at the EU level.

The lack of consensus on social policy supports the fourth scenario, which states that the EU should focus and work harder on very critical issues, at the top of them being migration and cooperation on border management. It seems that on this issue there is a broad consensus among the Member States and political parties. For example, CEE countries supported an upgrade of the powers given to the European Border and Coast Guard Agency.

However, the Defense Union is set to remain a controversial project. Although major French political parties and German CDU/CSU voted in favour of the report on the Defense Union, strong skepticism was recorded within the ranks of the German Social Democratic Party lead by former EP President Martin Schulz.

The map below outlines the support for the Defence Union across EU Parliamentarians by Member State. 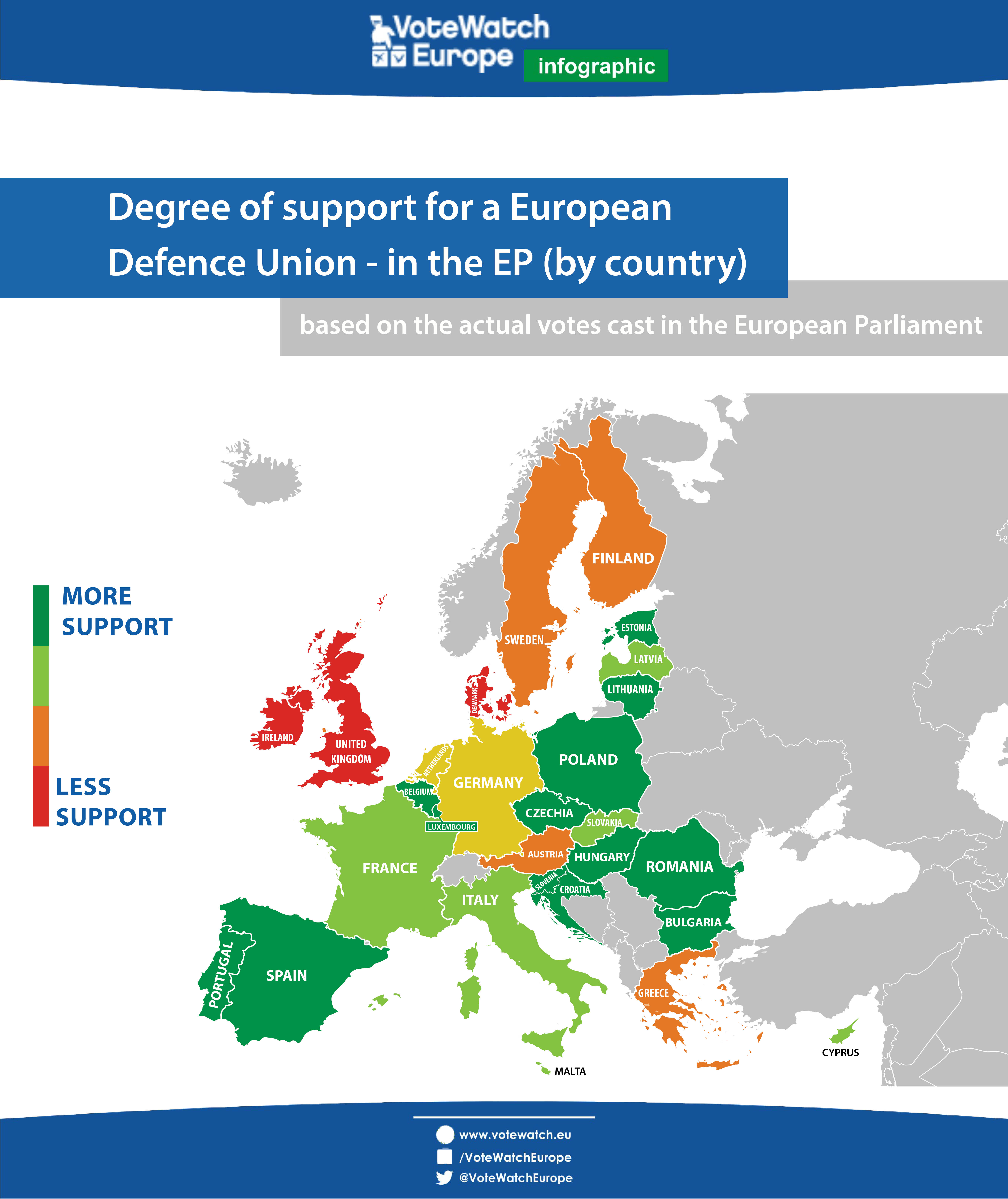 Further cooperation in the area of defence is supported especially by CEE and Iberian EU Parliamentarians, while this project is met with strong resistance in some traditionally neutral countries such as Ireland, Sweden, Finland, the Netherlands and Denmark. This highlights that a multi-speed approach might be considered for the Defense sector too.

For more information and political data, contact us at [email protected]