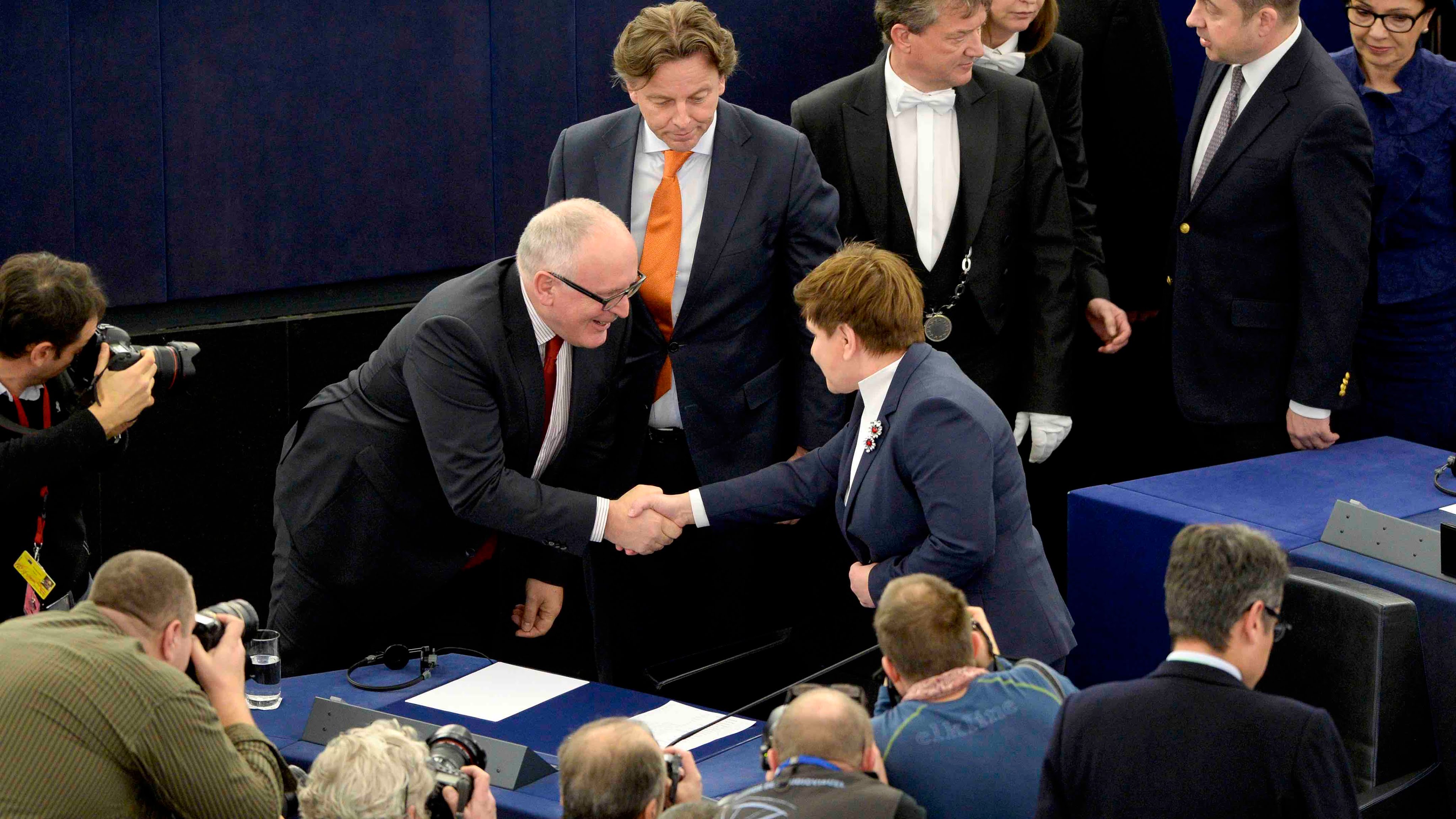 EU parliamentarians overwhelming adopted a non-binding resolution calling on the Polish government to respect EU fundamental principles of democracy and rule of law.

The motion was approved by 513 MEPs, whereas 142 opposed and 30 abstained. The votes in favour came mainly from all the pro-EU groups, the Christian-Democrats (EPP), the Socialists (S&D), the Liberals (ALDE), the leftist group GUE/NGL and the Greens.

The resolution follows the decision taken by the Commission in January 2016 to initiate the first stage of the “Framework for addressing systematic threats to the rule of law” in Poland and the debate with the Polish Prime Minister Beata Szydło held in Strasbourg at the beginning of the year. Since the Law and Justice party (member of the ECR group) took power at the end of last year, there have been numerous criticisms from European leaders regarding a number of controversial measures put forward by the new Polish government.

→ Click here to check our infograph on the key actions for which some European leaders have criticised the new Polish government and the potential allies of the Law and Justice party in the EU Parliament.

The MEPs in favour of the motion are seriously concerned that the measures undertaken by the Polish authorities could lead to the effective paralysis of the Constitutional Tribunal, which could pose a danger to democracy, human rights and the rule of law. Therefore, they support the Commission’s decision to launch a structured dialogue under the Rule of Law Framework with Poland.

The resolution also urges the Polish government to publish and fully implement without further delay the Constitutional Tribunal’s judgments in line with the recommendations of the Council of Europe’s Venice Commission .

Moreover, should the Polish Government fail to comply with the Venice Commission recommendations, the resolution recommends the Commission to activate the second stage of the rule of law procedure.

The members of the Parliament rejected an amendment (AM 4) put forward by the radical-left group GUE/NGL that expressed concern over the proposal by the Polish government to introduce a complete ban on abortion and called on the Polish authorities to refrain from presenting the legislative initiatives that would lead to this ban. The provision was voted down by 196 votes in favour, 273 against and 222 abstentions.

Positions of the EU political groups

The two main European groups, the EPP and the S&D group, warn Warsaw that there is no place for authoritarianism in the EU. The European People’s Party, which is also the EU political family of the President of the EU Council and former Prime Minister of Poland, Donald Tusk, said that “Europe knows no rule but that of the rule of law. This is why we should clarify whether there is a possibility that in Poland some European values are at risk. ” The EPP expressed his support for the proceedings opened by the Commission, but explained that the EPP Group “will not condemn Poland preventively”.

Gianni Pittella, the leader of the Socialist group S&D, stated that Poland must respect EU values and principles: “We sincerely want to keep a constructive dialogue with Warsaw. However, we cannot close our eyes and cover our ears in front of a series of other worrying retrogressive measures, such as the possible criminalisation of abortion, media law, or the amended act on police and secret services, against which the Socialists and Democrats will continue to fight .”

A stronger message came from Guy Verhofstadt, the chair of the Liberal group ALDE: “This parliament has spoken loudly and clearly: respect for European values is not a choice but an obligation. The constitutional crisis in Poland endangers democracy and rule of law as proved by the Venice Commission. Today’s message of unity shows this house will not remain impassive in the face of violations of European principles, values and legislation .”

The leftist group GUE/NGL and the Greens both welcomed the launch by the Commission of the preliminary investigation into the measures put forward by the Polish government and expressed concern over the latest polish developments.