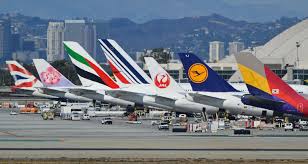 The Members of the European Parliament adopted yesterday the long awaited Directive on the regulation of the use of Passenger Name Record (PNR) data for the prevention, detection, investigation and prosecution of terrorist offences and serious crime.

With this new law, airlines will have to hand national authorities the passengers’ data for all flights from third countries to the EU and vice versa.

The text was approved by 461 votes in favour, 179 against and 9 abstentions. The two leading European groups, the Christian-Democrat EPP and the Socialist S&D, voted in favour of the new Directive together with the Conservative group ECR and the Liberals of ALDE. Among the S&D and ALDE members, the Austrian, the Dutch and a part of the German delegations did not follow the political line of their groups and opposed the EU-PNR.

The vote should have already taken place before, indeed after the terrorist attacks on French soil and in the context of the widely perceived urgency to address the terrorist threat, national governments urged the EU Parliament to finalise the Directive. However, the controversy around this issue, concerning the fact that the use of PNR data involves the processing of personal data which raised important questions with respect to the fundamental rights to the protection of private life and to the protection of personal data, delayed the whole process.

MEP Kirkhope, the rapporteur on the proposal and member of the Conservative group ECR, welcomed its adoption: “we have adopted an important new tool for fighting terrorists and traffickers. By collecting, sharing and analysing PNR information our intelligence agencies can detect patterns of suspicious behaviour to be followed up. PNR is not a silver bullet, but countries that have national PNR systems have shown time and again that it is highly effective”.

What the new Directive says:

This Directive regulates the transfer by air carriers of passenger name record (PNR) data of passengers of extra-EU flights. Its objectives are to ensure security, to protect the life and safety of persons, and to create a legal framework for the protection of PNR data with regard to their processing by competent authorities.

The new law provides that each Member State has to establish or designate an authority competent for the prevention, detection, investigation or prosecution of terrorist offences and of serious crime (or a branch of such an authority) to act as its passenger information unit (‘PIU’).

This authority will be responsible for the management of PNR data collected by air carriers. The PNR data provided by the air carriers to the PIU will be retained in a database for a period of five years. Moreover, six months after the transfer of the PNR data, all the data shall be depersonalised through masking out the elements which could directly identify the passenger to whom the PNR data is associated. The PIU will be also in charge of the transfer of PNR data to the competent authorities and of their exchange with the PIUs of other Member States and with Europol.

The text establishes that the Commission shall conduct a review of all the elements of this Directive and submit a report to the European Parliament and to the Council four years after the entry into force of the legislation.

The Council needs now to approve the proposal adopted by the EU Parliament. Then, after the publication into the Official Journal of the EU, the Member States will have two years to transpose it into their national laws.