Home Votewatch » EU is to end its strategic partnership with Russia 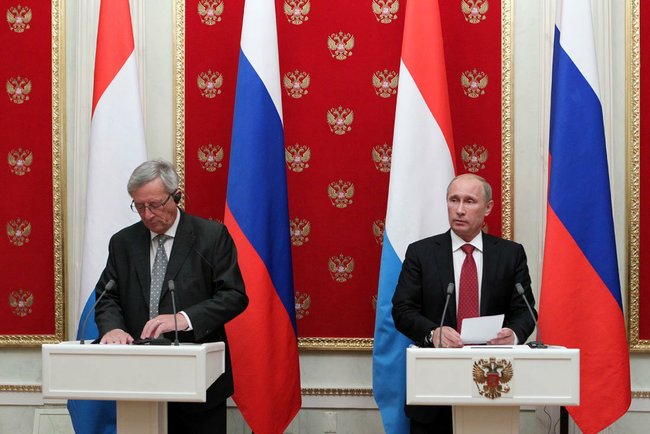 The non-legislative report was adopted by 494 votes in favour, 135 against and 69 abstention. Only the radical left / communists, eurosceptics and the nationalists opposed the final text.

The report states that the EU relations with Russia have been deeply damaged by Russia’s violation of democratic principles, fundamental values and international law. With this text, the EP states that Russia can no longer be considered as a strategic partner.

EU member states must maintain unity the MEPs say and they call on EU countries to abstain from bilateral deals with Russia which could harm this unity.

The MEPs are concerned by the fact that Russia has now openly positioned itself as a challenger of the international democratic community and are very worried by the growing hatred directed against opposition and human rights activists, minorities and neighboring countries. The deterioration of the situation of human rights and the rule of law in the country is also of great concern.

The report also says that the EU would be ready to relaunch cooperation with Moscow on several conditions among which there are the respect of the territorial integrity and sovereignty of Ukraine and the full implementation of the Minsk agreement.

Members coming from the EPP, S&D, ECR, ALDE and the Greens/EFA voted a text saying that because of its actions in Crimea and in Eastern Ukraine, can no longer be treated as, or considered, a ‘strategic partner’. The Members disagreeing with that came from the radical-left / communist group, the Eurosceptic EFDD group and the nationalist non-attached.

Notably, half of the Italian EPP delegation (from Forza Italia, Silvio Berlusconi’s party) and three French EPP Members also disagreed, but none of the Hungarian Members of FIDESZ (Viktor Orban’s party, otherwise believed to have stronger ties with Russia).

In the Socialist camp, the Members opposing to the termination of the strategic partnership with Russia came mainly from the Bulgarian, Polish, Slovakian and Greek delegations.

A similar split took place on an amendment that argued that Russia should respect the territorial integrity of Ukraine, including Crimea. While most of the groups supported including Crimea, the GUE-NGL, EFDD and the non-attached did not want the reference to “Crimea” to be included.

These groups opposed a request for funding to support concrete projects aimed at countering Russian propaganda and misinformation within the EU and abroad . However, the MEPs coming from the EPP, ECR, ALDE and the Greens/EFA groups gathered a majority to pass this request.

Notably, the Dutch socialist delegation and some of the German and Romanian socialists also supported the call for concrete projects in this direction.

Finally, the report calls on the Commission to propose legislation ensuring “the full transparency of political funding and financing of political parties in the EU with regard in particular to political or economic stakeholders outside the EU”. This is because MEPs are concerned by Russia’s support and financing of radical and extremist groups in the EU.

Click here to see how individual MEPs voted on the resolution regarding EU-Russia relations.