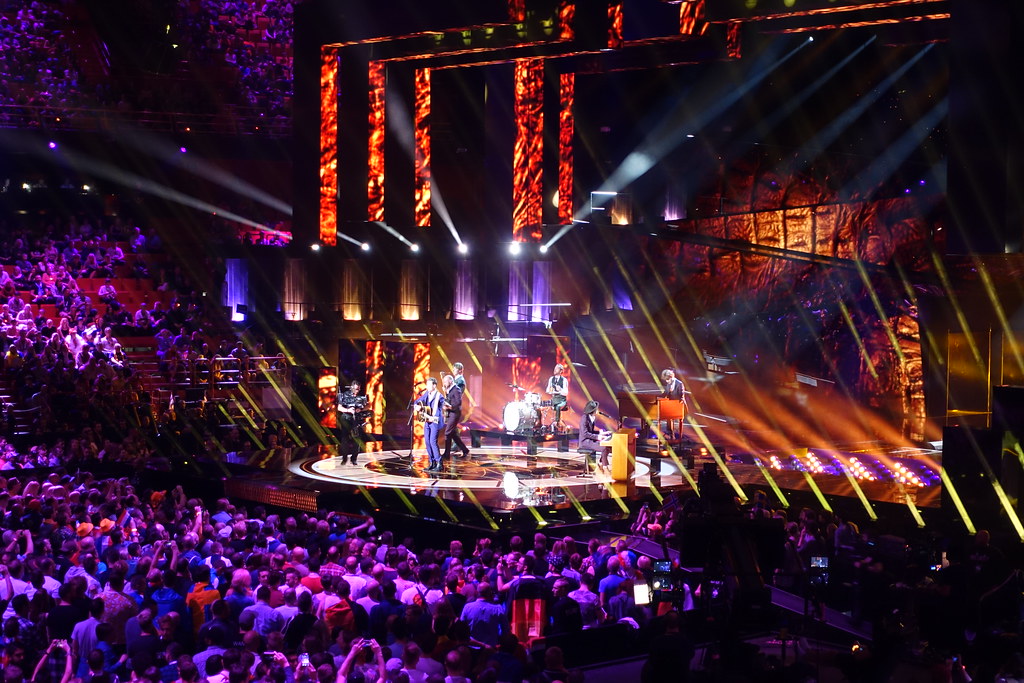 This month is particularly important for the European Union. Starting from the 23rd of May, EU citizens will reach the dedicated polling stations to decide on the composition of the next European Parliament. These elections will impact on the overall direction of the EU and its future decisions on issues that affect all of us (migration, environment, agriculture, social policy, etc.).

If you are still undecided who to vote for, or simply want to know more about the views of the candidates, check out our platform for the EU elections: YouVoteEU. The platform is also available in German, French, Italian, Spanish, Polish, Romanian and many other EU languages!

However, in the avant-premiere of these elections another pan-European contest takes place: later this week, music fans will vote to decide on the best singing performance in Eurovision.

(Almost) everyone knows this musical contest, where more than forty European countries (+Australia) compete every year. Millions of people follow the final of the song contest and, just as in the EU elections, they vote for their favourite candidates. While Eurovision contributes to foster knowledge and interest in the other EU countries, this year the show could help stimulating EU citizens to go to vote for the European elections, one week later.

But Eurovision should make sure it does not end up sending the opposite message. During the more than fifty years of history of the contest, there have been several controversies over the politicization of the contest and the criteria according to which the juries chose their favourites. Since 3 years ago, the process has become more transparent, in the sense that the jury and the public each award an independent set of points. This has shed light on some dramatic differences between the preferences of the juries and those of the public. As such, our team has thought to take a look and see what the voting data tells us.

The analysis of the Eurovision voting data reveals, indeed, some striking patterns, ie. some countries consistently being favoured by the juries, despite the public voting for someone else. The revelation has created frustration among the public as it sends the signal that the preferences of the citizens “don’t actually matter that much”, as they are turned around by a “panel of experts”. In this case, the “panels” are made up of music industry professionals (5 per each country) who grade performers based on technical criteria.

This year the dynamics of the Eurovision holds particular importance, as it is being linked to the EU elections. While Eurovision is expected to contribute to the electoral campaign by providing a feeling of Europeanness, controversies over the choices of the “expert panels” could send the EU voters the exact kind of message that one would rather not want to send right before the EU elections: that it does not matter who you vote for, since the outcome is ultimately decided by “elites” behind the scenes. NB: the citizens also need to pay a (small) fee to vote in Eurovision.

With some exceptions, the map almost redraws the border of the former Iron Curtain, showing an East-West cleavage, ie. the songs of the Western countries receive more points from juries than from the public, while the songs from Eastern countries are more popular among the public than among the “expert panels”.

Coincidentally (or not), some 15 years after EU’s enlargement Eastwards, the East-West divide still concerns the publics in some countries and the turn-out at EU elections is much lower in Central and Eastern Europe. This has not gone unnoticed by the policy-makers: just recently the EU leaders have felt the need to reassure some parts of the EU and expressed their commitment, at the special summit in the Romanian city of Sibiu, to defend “a single Europe, from East to West and from North to South”.

Back to Eurovision: the biggest beneficiary of jury support has been (the special case of) Australia. Over the past three editions, Australia got 1038 points from the jury, 447 points from the public. Despite not being a European country (please do not confuse it with Austria), Australia was invited exceptionally in 2015 but has become a permanent participant since then. One can probably understand from this that some encouragement was needed for a newcomer in order to make it stay in the show. This particular case aside, from among the EU countries, those whose songs tend to gain the most from the votes of the juries (but less from the public) are Sweden, Malta and the Netherlands.

At the opposite end, the songs from Eastern countries tend to benefit more from the votes of the public, while they are much less popular among the “expert panels”. The most “extreme” case is, again a special one, that of Russia (606 points from public vote, 292 from the jury). Russian songs are less popular among the juries, which is probably explained by the bad PR (as well sanctions) that Russia has been subject to in the West following its “military adventure” in Ukraine.

Furthermore, between the so-called Big 5 group, ie. the countries that contribute the most to the budget of the European Broadcasting Union, only Italy gets fewer points from the jury than from the public. The songs coming from these Big 5 group go directly to the final, but that also means that they are less known to many viewers until the very last moment. This situation generally means that these countries obtain lower scores from the public. Spain, Germany, France, and the United Kingdom get popular support far below that of the judges.

The next edition of Eurovision will be held in Israel on May 14, 16 (semi-finals) and 18 (the grand final). The show will take place one week before (unprecedented) European elections that set the stage of the electoral competition between those who support the strengthening of the EU project and the nationalists. It is also a time when all pro-European voices are struggling to reverse the trend of ever-lower turn-out in European elections, by making the case that “your vote matters” and that it will decide the EU policies. Hopefully, the Eurovision will succeed in sending the same kind of message.