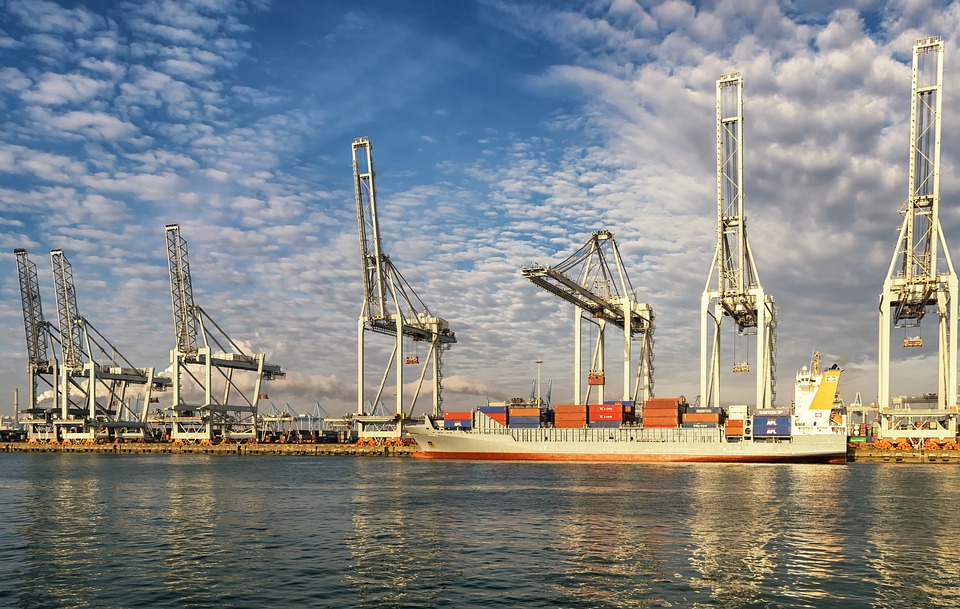 The EU has achieved a strong position in global trade acting together as a single voice (through the European Commission), rather than with 28 separate trade negotiations. Among other policy priorities, trade agreements have been one of the major achievements by Juncker’s Commission. However, different political forces assess the performance of the current Commission very differently from each other and, with the European elections around the corner, we wondered how the EU’s trade agenda might look with a very different texture of the future European Parliament.

Over the past 5 years the EU has positioned itself in favour of advancing trade at a time when protectionism is on the rise globally. Our forecast of EU trade policies from 2019 reveals that about 59% of the post-election MEPs are likely to be supportive of the continuation of this agenda. However, only 36% of MEPs can be seen as core trade supporters, while the rest of MEPs would only provide soft support to the trade agenda, ie. they might oppose certain trade agreements depending on their specific features.

However, the EPP, the biggest champion of advancing free trade, is likely to lose a significant number of seats for the next term, and the coalition made up of the core supporters of free trade (EPP-ECR-ALDE) may get smaller in the next European Parliament. This foreseen fragmentation could increase the difficulty and the tension in the future trade negotiations between the EU and third countries.

This report is based on a series of interviews that collect the views of MEPs who have been deeply involved with or followed the EU’s trade policy closely during the past 5 years: Daniel Caspary and Czesław Siekierski (EPP), Miriam Dalli and Nicola Caputo (S&D) and Tiziana Beghin (EFDD – 5 Star Movement). We also reached out to other MEPs , who have declined to provide us with their views.

Globalization has triggered the need to develop bilateral and regional trade agreements between Europe and third countries. EU-Canada, EU-Japan, EU-Singapore are a few of Brussels’ recent trade achievements. Additionally, the EU Commission started trade negotiations with Australia and New Zealand and resumed those with Mercosur.

MEP Caspary of the EPP group states that Juncker’s Commission is an example of “successful work” and that “no other Commission has ever been as transparent in trade matters as the current Commission.” This views are shared by his fellow party colleague Siekierski, who feels that “the Commission of Juncker was active not only through the actions of the Trade Commissioner, Ms. Malmstrom, but also extensive activities by the Agriculture Commissioner, Mr. Hogan, who tried to guard the interests of the agri-food sector in the negotiations.”

On the other hand, EFDD / 5 Star MEP Beghin feels that the EU Commission is falling short of making “international trade sustainable, inside and outside the EU”. In fact, now governing in Rome, the 5 Star Movement is far from being the biggest supporter of free-trade, but they do not oppose it outright either. Beghin claims that “even a trade agreement that increases economic output is bad if it harms citizens’ rights and health, pushes SMEs to a hopeless competition with foreign corporation and damages the environment.”

Other MEPs see a brigther picture. MEP Miriam Dalli is of the opinion that the inclusion of EU values, including those of the Paris Agreement on climate change, in “all trade agreements negotiated” is one of the most positive achievements of Juncker’s Commission. The EU-Japan trade agreement has been the first agreement to make explicit reference to the Paris Climate Agreement. Although it remains to be seen how it will function in practice, Dalli feels that “it is definitely a step in the right direction.”

MEP Caputo, member of the AGRI committee, is quite cautious, feeling that “it is also important to call for the inclusion of effective bilateral safeguard measures to prevent a surge in imports that would cause, or threaten to cause, serious injury to European producers in sensitive sectors.” Regarding the Comprehensive Economic and Trade Agreement (CETA) with Canada, MEP Caputo has also highlighted that Canadian food procedures differ significantly from the European food system. “Canada has weaker food safety standards than the EU, and a farm economy more heavily dependent on chemical additives and GMOs,” he added.

CETA has been one of the most controversial negotiations of the EU Commission during the last term. MEP Caputo criticizes the deal due to the fact that “the Investment Court System in CETA enables Canada-based corporations to directly challenge EU and member state food safety laws and agricultural policies or regulations.”

MEPs weigh in on the rising trade tension within the EU

How post-Brexit trade relationships with the European Union will work is still a mystery. However, it is clear that access to the Single Market will come always with some obligations, independently of UK’s choice between becoming a ‘rule taker’ with single market access like Norway or have a standard free trade agreement like Canada.

Brexit is already one of the most significant events in the history of the European Union, as well as being one of the greatest challenges the EU has yet had to face. The negotiations and the Brexit process thus far have been tumultuous, especially on the British side of the table. Meanwhile, the EU side of the negotiations have been surprisingly united. This effort by the EU has been led by Michel Barnier, who is acting as Chief Negotiator in the Brexit talks. Brexit and Mr. Barnier is still a hot button issue, especially among MEPs.

MEP Caspary explains that while “the best option for Britain would be to remain in the EU,” he feels that Michel Barnier has “conducted the negotiations very openly and transparent.” Caspary is satisfied with Barnier’s performance and feels that the difficulties that have occurred in the negotiations rest upon the British Parliament’s shoulders.

These views are similar to those expressed by MEP Siekierski, who believes that “[Mr. Barnier] has prepared a balanced agreement,” while still acknowledging that Britain’s stance should still be respected, stating, “in such situations you have to give the other side a chance to also get out of the situation with honor.”

These ideas are also shared by MEP Miriam Dalli, who believes that “losing one of the longest standing Member States of the Union is not something anyone wanted to happen” and she emphasises that “the rise in populism across the whole of the EU highlights the need to bring the EU closer to the people and make sure that the EU is addressing the people’s needs.” Fellow MEP Caputo also feels that Michel Barnier has “put together a well-balanced and fair deal.” Caputo also argues that the ball is in the British Parliament’s court, citing the failure of Theresa May’s government to a get their deal passed, as well as expressing fears over a ‘no-deal Brexit’ scenario.

MEP Beghin has expressed similar views stating that “the day the UK leaves the EU will be a sad one.” While Beghin, in contrast to the other MEPs, does not appear to be as supportive of the EU’s approach. She states that the EU “trying to make an example out of the UK to all those countries that might think of leaving the EU. It is a political choice, obviously, but one I cannot support.” In the coming days, weeks, and months this issue will continue to play out in front of us as one of the most important issues to the EU to date. There will be a dramatic change in UK’s trade relationships with the EU and other countries following Brexit, whether this will have a disruptive impact on European trade is still unknown.

How do MEPs respond to the rising risks of global trade disruption?

Yet, post-Brexit relations are not the only trouble-making trade negotiations that the EU is currently handling. In fact, transatlantic trade negotiations with US are very important for the European economy. There was not much to be concluded on the Transatlantic Trade and Investment Partnership (TTIP) at the end of the term of President Obama. However, President Trump suspended the negotiations after assuming office.

The first half of 2018 was seen as the start of a “trade war” by the US, in which the EU had to struggle to keep its strong ties with the US. In this context, MEP Caspary feels that the trade talks between United States and Europe are being held “in a very tense international environment,” yet they should continue. He believes that “focusing on a few selected areas could be a promising path to follow” due to the fact that the broad approach of TTIP “was not successful.”

Harsher views were expressed by MEP Beghin, who feels that “we are definitely not in the right international context to negotiate such agreement” what makes her doubt about a fair and balanced outcome. She argues that “TTIP is the perfect example of an agreement that might end being good just for big business.”

In addition, MEP Beghin feels that “United States are requesting extensive access for their agricultural products, which we know have been limited on grounds of public health”. This view is in line with MEP Caputo’s, who believes that “EU agriculture policies should be off the table.” He argues that securing market access for US agricultural goods in the EU by reducing or eliminating tariffs is a priority for Trump and “it is inacceptable.” During the next term, the EU-US deal will still be one of the most complex negotiations of the European trade policy.

Likewise, MEP Miriam Dalli feels that EU-US relations are important to maintain but that “it is crucial that the European principles are enshrined in such negotiations and agreements, including a strong commitment towards the environment and climate change”. Dalli insists that in any commercial negotiations, the EU should ensure that “environmental clauses are included in such agreements” and that the negotiations with US “should be no exception.”

MEP Siekierski has also expressed that “it is impossible to stop the process of globalization of trade on the world market and President Trump is beginning to realize that.” He expects that the new Commission and a new Parliament will come back to negotiate TTIP independently of their future political composition.

European trade is moving forward in a time of uncertainty, but the potential and the risks of TTIP regarding international trade and economic relations still remains to be seen, especially concerning consumer protection, sustainability and quality standards.

Do you want to discover more about the position of the EP on trade? Then take a look at the support from MEPS for free trade and much more on our website votewatch.eu. Are you looking for something else? Feel free to contact us at [email protected] for more information on the EU’s positions on free trade.