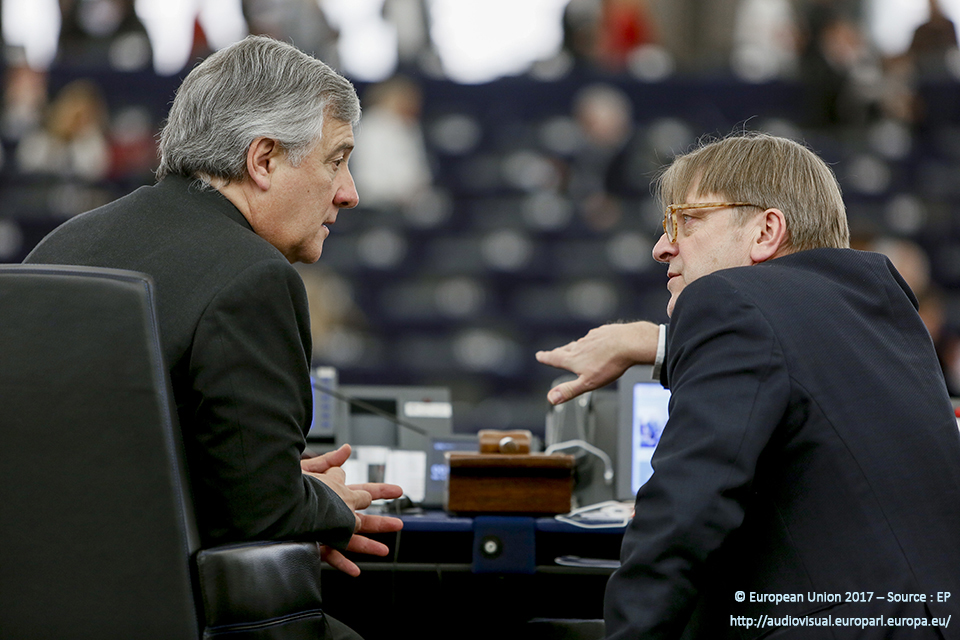 In politics, strength is in numbers and in the European Parliament this is even more the case, especially after the upcoming European elections which will lead to a highly-fragmented House. So far, the European parliamentary groups have been impressively cohesive/disciplined, if we consider the big cultural and economic diversity of their members. But this may all change in the post-elections EP for two converging reasons: firstly, the increasing pressure exerted from the fringes (in particular the nationalist right) for defending short-term core national interests; secondly, the bigger groups will lose steam and MEPs will have a broader range of choices.

As a result, the role of the groups’ leaders, e.g. coordinators in committees, rapporteurs, etc. may be weakened, as MEPs may become increasingly aware that their individual allegiance is worth more in groups with scarcer membership and harder to ‘discipline’. Moreover, the smaller groups will generally grow or remain stable, hence they will become more appealing both for joining, or for occasionally making alliances with. This can be the case of FIDESZ with the groups to the right of EPP on migration, of the EPP’s francophone and Scandinavian parties voting with the left on social and environmental decisions, or of the French in the S&D voting more often with the Greens and the hard left against trade agreements.

But the temptation to have a different opinion than that of your own group will be more visible in the case of individuals, rather than national party delegations as a whole: in some circumstances we have noticed individual MEPs have different positions even when compared to their own national party colleagues. One of handiest examples in the current EP is related to British Tory Julie Girling, who has been the most ‘rebel’ within her own Conservative Party delegation: her differences with their Tory colleagues are not only related to Brexit, but also other non-UK related matters on the EU’s agenda. After monitoring these figures, it’s no big surprise to see that she ultimately switched sides and moved to the EPP.

In fact, monitoring the voting dynamics is the best predictor to forecast if an MEP or a party is drifting away (and there is an increasing chance of a break-up) or it is gravitating towards another political force (and there is a chance of a merger). In 2009, our voting analysis was revealing that the Conservatives were by far the most ‘rebel’ party in the EPP group, and just months after they did split from the EPP to form ECR. Similarly, in 2012-2013, our voting analysis of the Council was revealing that the UK was increasingly in minority in the Council – a few years later, sadly, we witnessed the referendum and all of its aftermath.

In the Parliament, the socialization within a political group has helped leveling down the differences in order to reach compromises that allow the groups show a common position when the decision is made in the committee or the plenary. The big size (and hence the appeal) of the EPP and S&D has helped at creating internal discipline (cohesion). In general, the views of the rapporteur or the shadow rapporteur have been followed. But more recently we have already seen occurrences when, on important subjects such as the EU’s budget, environmental policy, migration or trade agreements, MEPs have not followed the position of their own rapporteur. In the current EP, in roughly 1 out of 10 decisions the majority was less than 50 MEPs, meaning that if 26 MEPs vote the other way, the outcome is the opposite. In these circumstances, just a few MEPs switching sides (and not following the rapporteur of their own group) are enough to lose/win the vote. In the next EP, the trends indicate that such occurrences will become even more frequent.

Which MEPs have been the most loyal and rebel in this EP term?

Before we give you the names, a disclaimer: in this context, the terms ‘loyal’ and ‘rebel’ refer to ‘voting in line with the group’ and ‘voting differently than their own group’. These terms should be seen as neutral (not positive/negative), as MEPs are accountable first and foremost to their constituents and they are free to decide whether following the group’s line is in the interest of their constituents or not. As such, our measurement is purely analytical and not judgmental.

In the biggest group, the EPP, Hungarian Jozsef Szajer, is the Member who has voted most frequently with the majority of his group (has been ‘loyal’) in 99.19% of decisions. This may come as a surprise, but if we factor in that MEP Szajer has a special responsibility, that of coordinating the voting instructions of his group, then we find the reason. MEP Szajer’s party colleagues from FIDESZ have (comparatively) much lower ‘loyalty’ scores than himself, ie. 94% or lower (which is still above EP average).

EPP’s chair (and its spitzenkandidat), Manfred Weber, is on second place, with 99.12% ‘loyalty’, while another German, Michael Gahler, comes third. The top 5 is completed by two Romanians: Siegfried Muresan (EP’s rapporteur for EU’s budget) and Adina Valean (chair of the ENVI committee).

On the other hand, the most ‘rebel’ in the EPP have been Belgian Claude Rolin and Pascal Arimont, Finnish Sirpa Pietikainen and Portuguese Jose Inacio Faria.

In the S&D’s top 5 most ‘loyal’ are two Portuguese, both female and whose last name is Rodrigues (Maria Joao and Liliana), two Italian David Sassoli and Caterina Chinnici and a Lithuanian, Vilija Blinkeviciute.

Interestingly, two other Italians are also at the top of the ‘rebels’ ranking in the S&D: Sergio Cofferati and Elly Schlein. They are joined top 5 rebels by Swedish Soraya Post, Maltese Alfred Sant and Irish Nessa Childers.

In the third political force of the EU Parliament, ECR, the leader of the Finnish Conservatives Jussi Halla-aho is the most ‘loyal’ member of this group, followed by Croatian Ruža Tomašić and Bulgarian Angel Dzhambazki. The most ‘rebel’ in the ECR by far was Greek Notis Marias.

In ALDE, there is no surprise: the Belgian leader of the European liberals, Guy Verhofstadt, is also the member who has voted most frequently with the majority of his group (has been ‘loyal’) in 98.71% of decisions. Verhofstadt is followed by Bulgarian Iskra Mihaylova and Croatian Jozo Radoš.

On the contrary, Latvian Iveta Grigule-Pēterse is at the bottom of this ranking with only 79.26% of ‘loyal’ votes (more than a thousand of her votes have differed from the majority of her group). She is joined in the bottom 3 by two Dutch Johannes Cornelis van Baalen and Jan Huitema.

In the Greens/EFA top 3 most ‘loyal’ are two Germans, Barbara Lochbihler and Maria Heubuch, and Hungarian Benedek Jávor. All of them have voted regularly (more than 99% of the decisions) with the majority of their group.

On the other hand, despite the fact that Spanish Ana Miranda became MEP later than the general start of the term, she scores the lowest on this ranking according to her voting behaviour. She is followed by Estonian Indrek Tarand and Swedish Max Andersson, although both have voted with the majority of their group in slightly more than 92% of decisions.

In GUE-NGL, its German leader Gabriele Zimmer has been the most ‘loyal’ Member, followed by two Italians Curzio Maltese and Eleonora Forenz. In contrast, two Dutch are at the bottom of this ranking, Dennis De Jong and Anne-Marie Mineur, followed by Portuguese João Pimienta Lopes, who became MEP more recently.

Interestingly, MEPs from the ECR and EFDD are the most ‘rebel’ of the entire EU Parliament. Greek Notis Marias (ECR) scores the lowest in loyalty figures (only 39.48% of his votes were shared by his political group), followed by Lithuanian Rolandas Paksas and Italian Giulia Moi, both MEPs of EFDD group.

At VoteWatch Europe we have closely followed, for the past 10 years, the positions of MEPs on all topics in order to forecast the formation of coalitions and spot which parties and individual MEPs will be the kingmakers on each subject. If you need tailored research or a training session / presentation, contact us at [email protected].