Home Votewatch » Does Weber have enough support to become President of the European Commission? 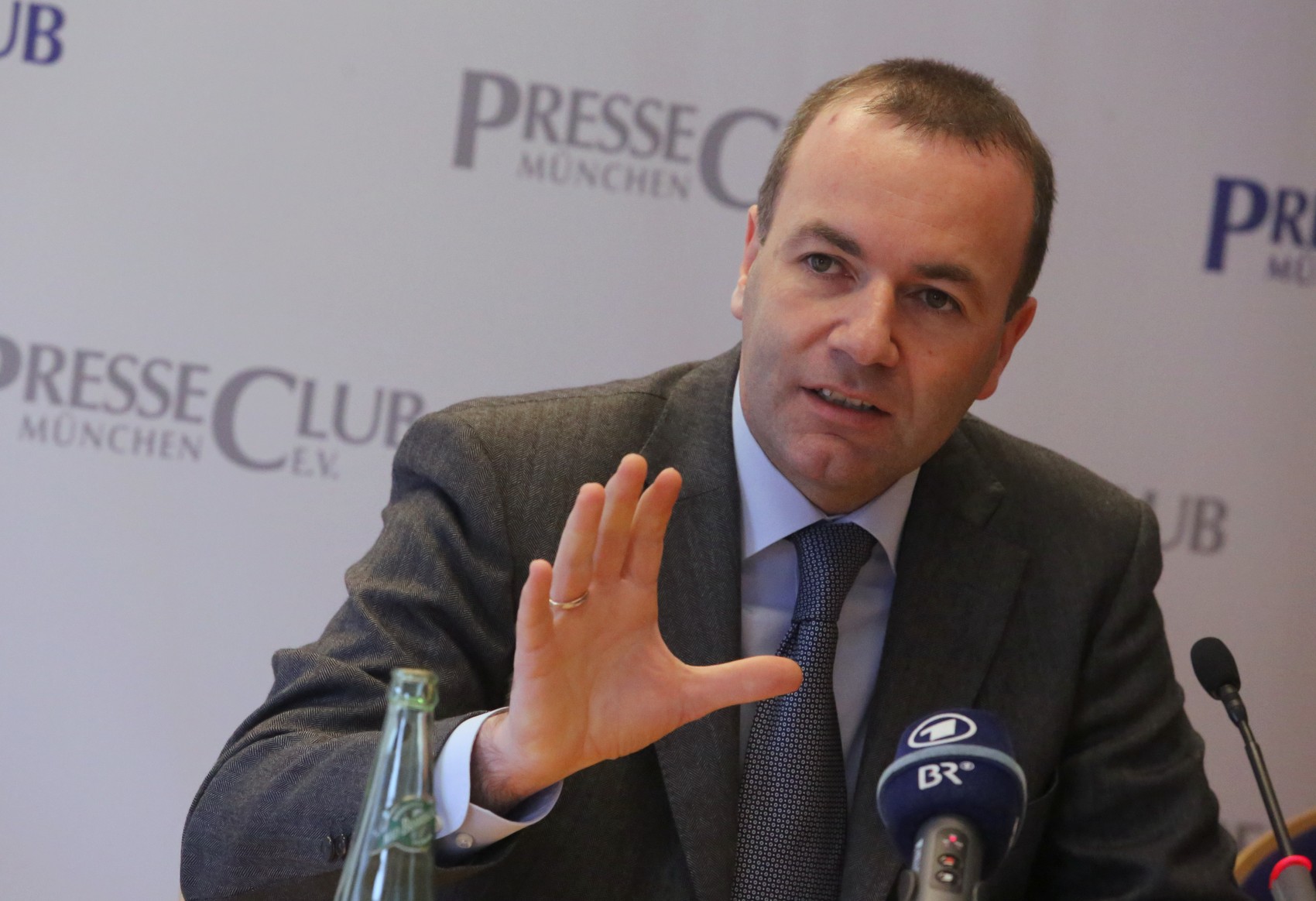 * Did you know that? Independent studies place VoteWatch as the platform most followed by the Members of the European Parliament and our reports are regularly re-quoted by reputed institutions and the international media (The Economist, Der Spiegel, Le Monde, La Stampa, Politico, CNN, New York Times etc.).

We all knew that Manfred Weber was an ambitious politician. He is the second most influential Member of the European Parliament (according to our previous influence assessment) and our survey of over 1000 EU experts ranked him as the strongest candidate to become the next President of the European Parliament. However, it seems that Weber is aiming even higher than that and he is getting the support he needs to become the leading candidate of the EPP party to succeed Juncker next year.

While Angela Merkel is reportedly endorsing his candidature, backing Weber is a rather risky bet at a time when the election of the Commission President will be more challenging than ever, given the shrinking political center and the fragmentation of both the EP and the Council. This very fragmentation and the events in the EU’s South can, on the other hand, also explain why the Germans feel they need to “take the matter into their own hands”, while until now they preferred to support friendly candidates from other EU countries (a sort of proxies).

A Weber victory might fuel speculation that Germany holds too much power at the EU level. Interestingly, actual decision-making data has shown that Germany has less power than initially thought in the intergovernmental institution, the Council, but does punch above its (demographic) weight in the supranational institutions, like the European Parliament and the Commission. While the perception that Germany is too powerful in Brussels is still widespread among the public opinions of several European countries, in particular in the South, the new move by Merkel makes it obvious that Berlin thinks the opposite. Consequently, a new clash might be on its way.

The move has to be looked at from both the internal and external politics perspective. Merkel feels that she needs to improve her strained relationship with the Bavarian CSU, to which Weber belongs. It also seems to indicate a sort of exasperation of the German mainstream politicians: to attempt to put one of their own at the top EU post means that they calculated that the risk of the anti-German backlash is worth taking, given the threats to their core policy lines (like budget and fiscal discipline / austerity) that have emerged especially from the South, but also from France. Not without relevance is also the German perception that after Trump took over the White House, the EU has to stand on its own (and so the urgency for the Germans to act at the EU level).

Given the strength of the opposition to Weber becoming Commission president, it will be interesting to see whether Berlin will go all the way or will eventually use it as a horse trading currency when reshuffling all EU top posts next year. But until then, Weber needs first to pass the EPP Congress test. A look at the landscape in the EPP seems to indicate that he is likely to become the favorite to get the Spitzenkandidat nomination, especially as Barnier seems further entangled in the never ending Brexit negotiations saga.

At a glance, Weber’s strengths are:

– his current position as the leader of the EPP group, which allowed him to strengthen his own profile and influence within this political family;

– the backing of the CDU/CSU, which is the biggest and most influential EPP (and EP) national delegation by far;

– his endorsement of tougher policies on migration and multiculturalism, which are now becoming mainstream among EPP members;

– his strong relationship with Central and Eastern European members, whose weight in the EPP has been on the rise, due to the worsening electoral performance of Western EPP parties.

Michel Barnier, for his part, also has a very strong profile and was only defeated by Juncker in 2014 after a close race. However, the recent postponement of the deadline to reach an agreement on Brexit, as well as further potential delays or even a breakdown in the negotiations with the UK, might prevent Barnier from dedicating time and energy to campaign for the next elections.

When looking at the EPP Congress, the picture seems relatively rosy for Weber, but the real problems will come afterwards. In fact, Weber has to get the support of a majority of members of both the EU Council and the European Parliament. In the EU Council, the nationality of Weber will be a major sticking point, in particular when dealing with potentially hostile governments in Italy, Spain, Greece or other Southern countries (the Bavarian politician once labelled the Greek Prime Minister as “communist’, which did not gain him much credit in Athens). Weber might have to display more moderate views on the Eurozone governance, if he is serious about his leadership bid.

Weber would also have to deal with an ever more fragmented European Parliament in order to get support for his candidature. While far-right groups will be difficult to approach because of their Eurosceptic attitude, ALDE and S&D are at odds with Weber’s right-wing views. In April, ALDE leader Verhofstadt lashed out at Weber’s call for a European debate on “identity and dominant culture”, while the EPP leader was repeatedly criticized by ALDE and S&D for shielding Orban from criticism on the rule of law in Hungary.

A potential right-wing campaign by Weber-led EPP might collide with Macron’s strategy to lead the fight against “populism”. Macron recently stated that (far-right) Salvini and Orban (EPP) are correct in thinking that the French President is their worst enemy.

While Weber is a relatively consensual candidate within the EPP (with some exceptions), the challenge for him (and any candidate) is enormous, as in 2019, unlike in other occasions, the political center will be rather small and the players involved in the negotiations will be very many and very different. It will therefore be very interesting to follow on which matters Weber will be willing to soften his views to build bridges with other political factions, and which allies he will choose in this extraordinary race.

Feel free to contact us at [email protected] for more information on the upcoming electoral race.

One thought on “Does Weber have enough support to become President of the European Commission?”