Home Votewatch » Do values topple nationality in the European Parliament? 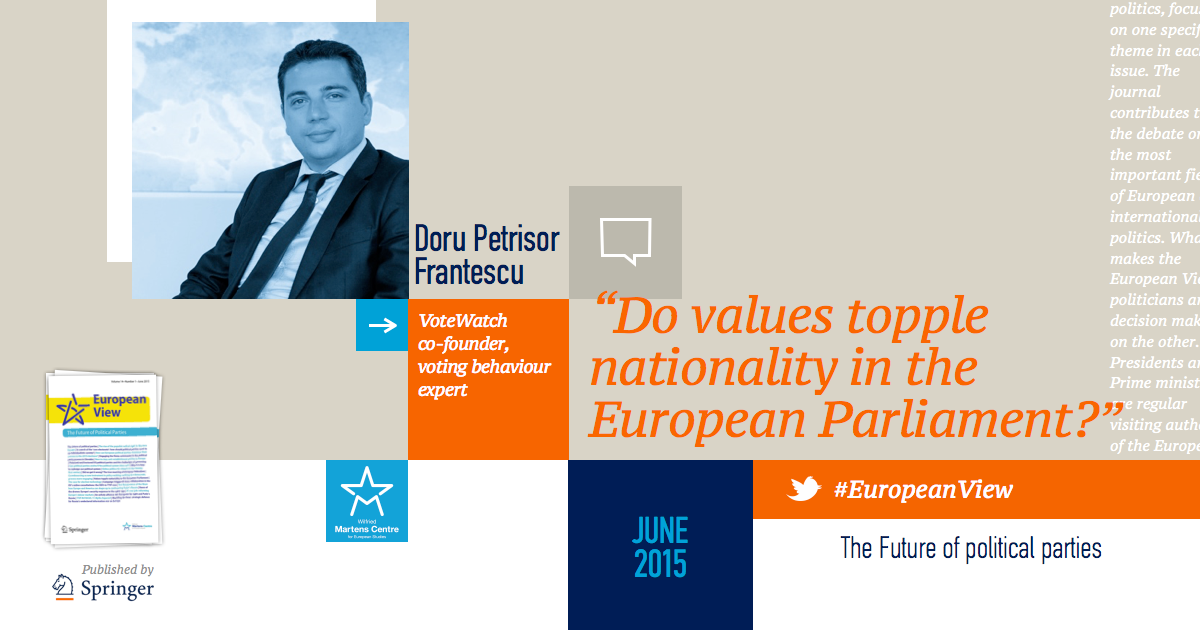 Providing a wealth of data in an accessible format, VoteWatch Europe monitors voting patterns in the European institutions. For our latest European View, co-founder and director Doru Frantescu answers this million-Euro question.

The political parties from across the European continent have formed transnational political families, based on their values. The ‘internationalisation’ of political parties started in the late nineteenth century, but it was brought to a completely new level once the European Parliament (EP) came into existence, as the parties then had the chance to compare their views and negotiate their positions on the same policy dilemmas at the same time.

The pan-European parties have long been considered mere consultative bodies, rather than decision-making ones. Power has always remained in the hands of the national party chiefs and the heads of state. Traditionally, the leading political figures within the EU institutions, whether commissioners or MEPs, have been seen as following instructions from their party bosses back home.

But the aftermath of the 2014 European elections may indicate a change of direction. Since the Lisbon Treaty, the EP has become bolder, not only when negotiating legislation, but also when appointing the EU’s chief executives. MEPs have been able not only to create a united front among themselves, but also to rally support among their colleagues at national level using the structures of the European parties. Ultimately, they submit their candidate for the presidency of the European Commission.

Read full article in the latest edition of European Views.