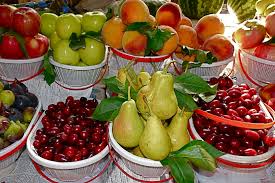 The legislation on the new rules allowing flexibility for EU Member States to ban Genetically Modified Organisms (GMOs) has been very controversial due to disagreements between pro- and anti-GMO Member States. It took 4 years for the Council to reach an agreement on the text.

The aim of the proposal is to provide legal basis in the EU legal framework for Member states to restrict or prohibit GMO cultivation on their territory, even if these would have been authorised beforehand at EU level.

The legislation, originally tabled in 2010, was gridlocked in the Council since the spring of 2012 because a blocking minority of Member States opposed the proposal on different grounds[1]. Germany, France, UK and Belgium thought the proposal was in conflict with the single market and had concerns about the compatibility with the WTO. Slovakia, Cyprus, Ireland and Slovenia did not support the proposal because they wanted environmental reasons for restricting and prohibiting the cultivation of GMOs to be included.

Finally, in July 2014, the Council adopted its common position at first reading while Belgium and Luxembourg abstained.

In this vote, both Luxembourgish and Belgian delegations abstained (click here to see how governments voted). The LU delegation pointed out in its statement concerns about the involvement of GMO businesses in the proposed authorisation process. Being a relatively small country, LU expressed concerns about the balance of power between the Member States and GMO businesses. Luxembourg’s current governmental programme gives preference to the precautionary principle in respect to GMOs and promotes sustainable GMO-free agriculture. Representatives in Luxembourg report that the current state of research does not rule out the possibility of long-term risks associated with the cultivation of GMOs, particularly since no long-term studies exist on this subject.

The current Luxembourgish government has a centre-left leaning stance, with the prime-ministership held by the ALDE family, while parties belonging to the Greens and Socialist families act as junior governing partners. After the Governments reached an agreement in the Council, the text was also agreed with the negotiators of the European Parliament. Consequently, the European Parliament formally voted the text into law at its plenary in January 2015. On this occasion, the Luxembourgish MEP from the ALDE group, Mr Charles Goerens, voted in favour, following the line of the European political group he belongs to. On the other hand, the Luxembourgish MEPs from the Greens and S&D group abstained (the majority of the Greens/EFA group voted against, while the majority of the S&D group voted in favour of the compromise). Click here to see how each MEP voted.

In the case of Belgium, it was the former left-leaning Di Rupo government which was in charge at the time of the vote in the Council.

Since July 2009, Luxembourg has only twice been in the minority when voting on Environment and public health issues, this vote included. This number is relatively small compared to other Member States. Poland, Denmark and Austria have opposed the majority eight times each on these subjects. On the other hand, Belgium has been in the minority five times, which is slightly more than the average compared to the other EU countries.

Latest developments and next steps

The Parliament and the Council informally agreed on a compromise text in December 2014. The agreement negotiated was approved by the Parliament at second reading by 480 votes to 159, with 58 abstentions.

The proposal still needs to be adopted by the Council at second reading as well. If approved, the legislation will enter into force in spring 2015[2].