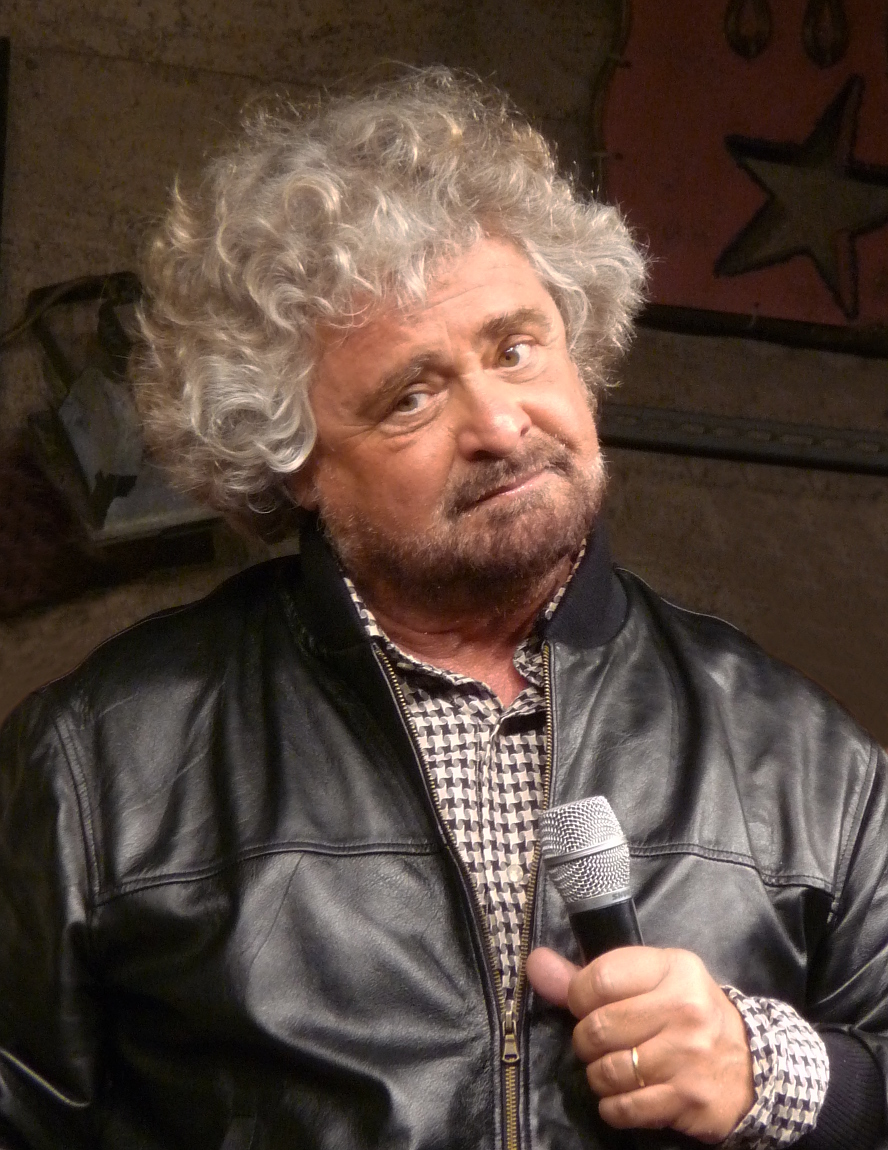 On Sunday morning, Beppe Grillo, the leader of the main Italian opposition party, the 5 Star Movement, made a shock announcement, indicating that he intends to join the European liberal family, ALDE. If that were to happen, the 5 Star Movement would become the dominating force in the ALDE group in the European Parliament, currently headed by the staunch federalist Guy Verhofstadt.  This would have far reaching implications on the EU’s policy in the coming years.

Grillo suddenly called for an online consultation among the activists of the party to decide on the European affiliation of its 17 MEPs. The former comedian argued that the alliance with Nigel Farage’s UKIP will not last long, as the British EU Parliamentarians will lose interest in the institution because of the Brexit. Therefore, he proposed three options for the future: remaining in the Eurosceptic EFDD, joining Guy Verhofstadt’s ALDE group or ending up as Non-Inscrits (non-affiliated).  According to Grillo, joining ALDE would be the best choice at the moment, because the membership in this centrist group would increase the influence of the Italian movement in the European Parliament.

However, the sudden launch of the consultation split his own EU Parliamentarians and supporters alike. Some of the MEPs, such as Marco Zanni, declared his intention to vote for remaining in the nationalistic EFDD group, whereas others, such as Laura Ferrara, are more supportive of the change.

The debate is mostly focused on which groups are closer to the 5 Star Movement in terms of political views. In fact, the low matching rate between the votes by Grillo-led movement and UKIP’s MEPs was also mentioned as one of the reasons for leaving the group. However, the critics argue that the matching of the views with ALDE is not high either.

Drawing on our database on the votes cast by EU Parliamentarians over the first half of this parliamentary term, VoteWatch Europe is in the unique position to measure to what extent the views of the 5 Star MEPs match the ones of the other political groups. 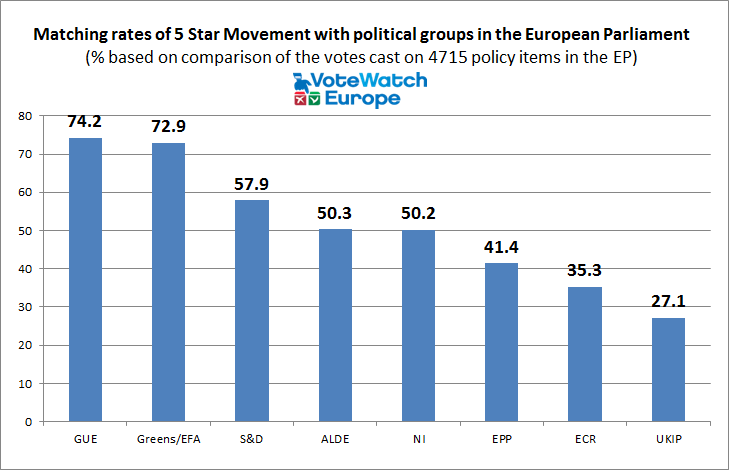 (Note: an earlier version of this graph had misplaced EPP’s and S&D’s positions, this has now been corrected).

Interestingly, the far-left group GUE-NGL is the closest to the 5 Star Movement, closely followed by the Greens. Beppe Grillo declared that after some discussions, the Greens refused to let the 5 Star Movement into their group, while the (communist) GUE-NGL group does not seem to have ever been on the table (event though they are the best match in terms of policy views for the 5 Star Movement). With regards to ALDE, the MEPs of the 5 Star Movement voted in this same way as the Liberal MEPs exactly half of the times. Indeed, the 5 Star Movement is closer to ALDE than to UKIP, hence between these two options ALDE looks like the better match, although the parties on the left remain the best potential partners for the group.

However, mixing up ALDE with 5SM will not be easy, especially when it comes to some key policy areas. 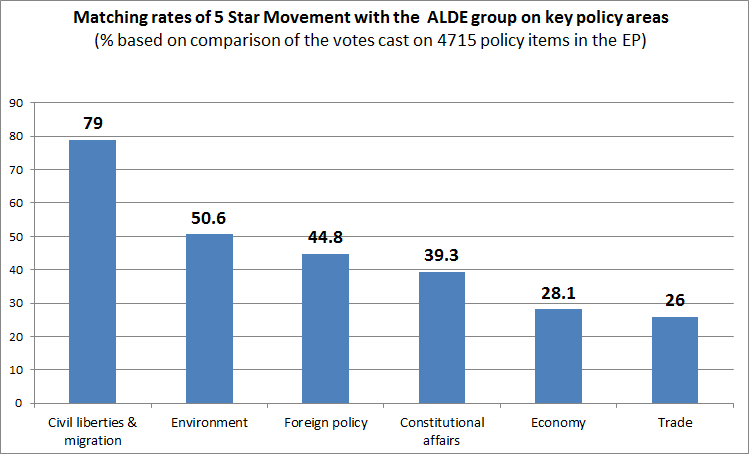 The two (prospective) partners share common views on migration and, to some extent, on the environmental policy. The two parts have already agreed on a common framework on migration, digital policy and green economy, according to Grillo’s post.

On the other hand, the two political entities are worlds apart when it comes to the future of the EU’s institutional system (constitutional affairs), economic measures, trade and foreign policy. For example on trade and economic policy they vote together only 1 out of 4 times.

What implications for the European Parliament as a whole?

If the outcome of the referendum were in favour of joining ALDE, EFDD would become the smallest group in the European Parliament. However, the group does not risk the dissolution, as, even without the 5 Star Movement, EFDD would still fulfill the formal requirements of the Parliament’s Rules of Procedure.

On the other hand, ALDE would become the third largest group in the European Parliament, overtaking ECR. This would strengthen the position of the group during the reshuffle, when MEPs will elect the new committees’ chairs as well the President and the Vice-Presidents of the European Parliament. Consequently, the move would boost Guy Verhofstadt’s leveraging power in the presidential race and all related negotiations.

However, this comes at a cost, as the group would lose internal cohesion on economic affairs and would be in the awkward position of having a member that advocates for an Italian exit from the Eurozone, while the rest of the group is highly supportive of further EU integration and federalisation. Moreover, once in ALDE, the 5SM would become ALDE’s biggest party, which will dramatically change the dynamics in this group and in the Parliament as a whole, since ALDE is the kingmaker group for most if of the decisions that are made in this institution. All in all, if this move were to take place, it will have far reaching implications on the EU’s policy in the coming period.

VoteWatch will follow this development closely and come back with updates. For more information, contact us at [email protected]