Home Votewatch » An Analysis of the Lithuanian Parliamentary Elections 2016 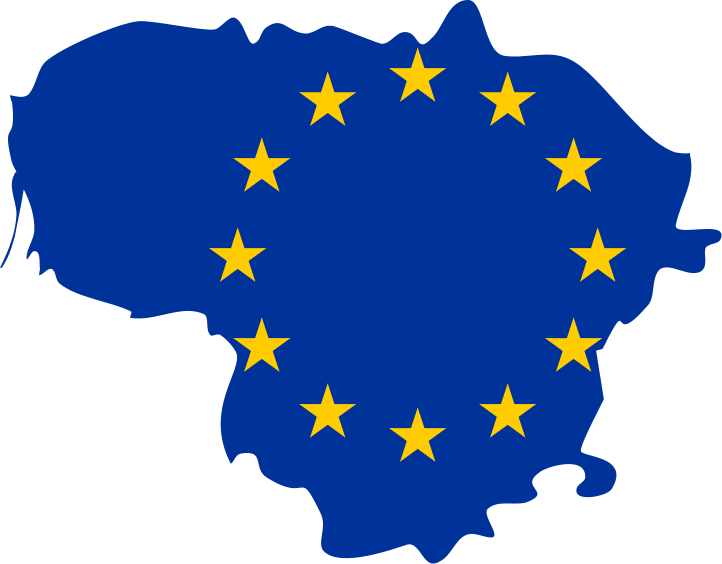 Lithuania has a mixed electoral system. In fact, 141 members of the Lithuanian Parliament Seimas were elected according to a mixed majoritarian and proportional representation system. More precisely, 71 members were elected from single-mandate districts, while 70 got elected from multi-mandate districts.[1] Lithuanian voters, as well as political parties, did not expect the recent parliamentary election on 9 and 23 October to deliver surprises. However, the Lithuanian Peasant and Green Union exceeded all expectations and established itself as the largest party.

This year the voter turnout was quite low: 49,9% in the first round and only 38% in the second round. Moreover, these numbers are lower than in the previous elections. In the new 2016-2020 Parliament there will be 77 new members, 59 who won reelection and 5 who are returning after a break. In term of gender balance, the number shows 111 male member and only 30 female members. The youth dimension is also quite weak, as only 21 members under 40 were elected. 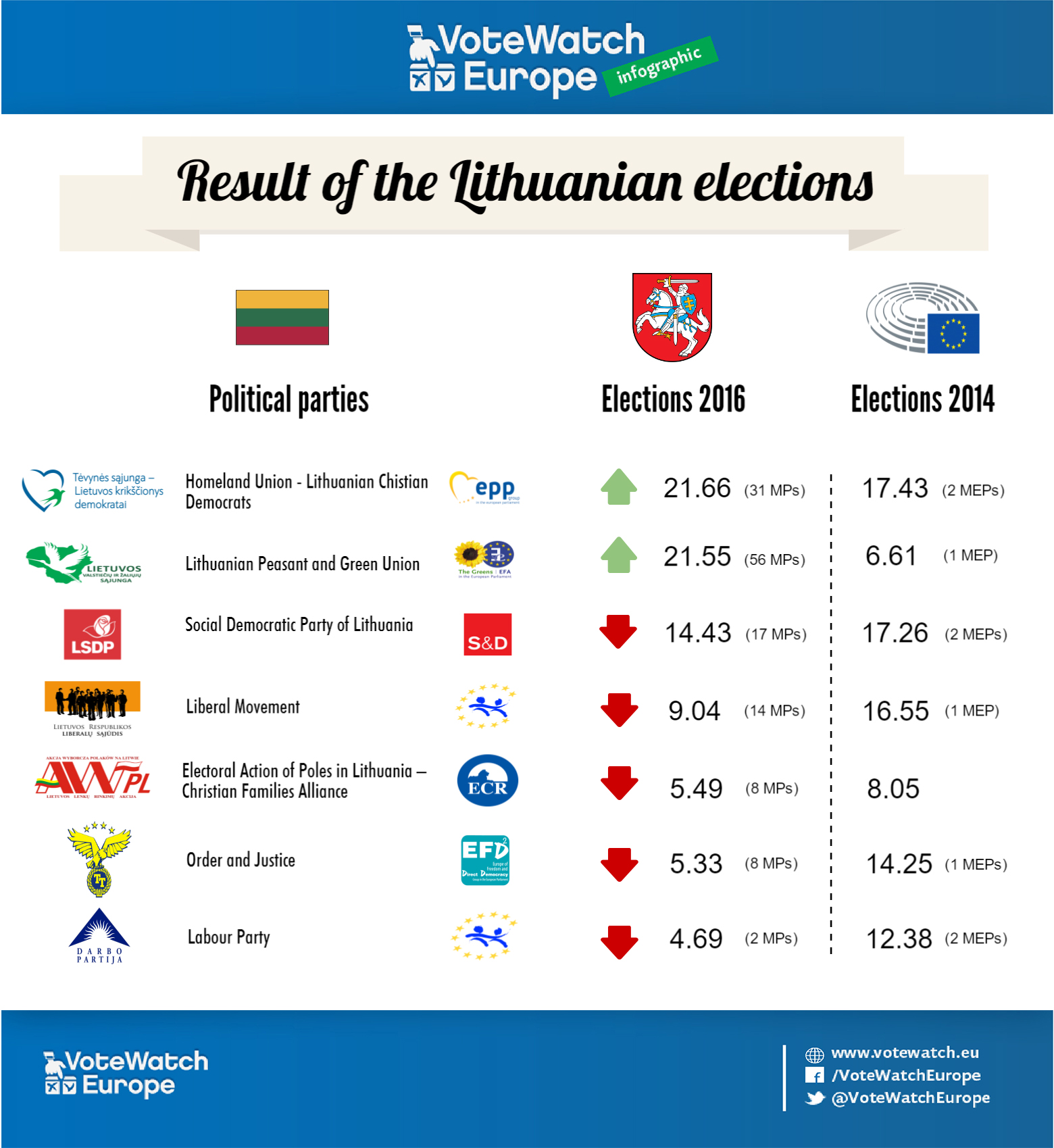 The Lithuanian Peasant and Green Union

The Peasant and Green Union is the only party that has significantly improved its position and gained such a high number of seats during the second round of the elections. The party got votes from left-wing voters who did not want to vote in favor of the former government. Furthermore, this election was exceptional because the Peasant and Green Union won both in rural areas and in the cities.

On one hand, this party actively fought against Chevron, shale gas exploration and organised the referendum against Hitachi-GE reactor. As with all the European green parties, the Lithuanian Peasant and Green Union is not an exception in fighting against the EU-US Free Trade Agreement. The party highlighted the importance of collaboration and innovation in agriculture and green jobs. However, it is against same-sex marriage and stands for traditional Christian values. Additionally, long-term development of bilateral relations with the US and strengthening the bargaining position with the EU and NATO are some of its main foreign policy objectives.

On the other hand, the peasants and greens are strongly opposed to traditional liberal democratic values. This is unsettling news for those who want Lithuania to take a more Western approach to policy.

Furthermore, there is controversy regarding the party’s leader, specifically concerning his business and his ties with Russia.

The party has a very dominant leader and big ambitions for coalition building. Immediately after the elections, it aimed to have a Prime Minister, President of the Parliament and 9 ministers. Despite the big ambitions, the presence of women in leadership is still very limited, with only two female candidates nominated for the ministerial positions.

The Social Democrats lost votes to the Peasant and Green Union due to corruption scandals, which were heavily featured in the media, although some might have been artificially escalated (e.g., golden spoons scandal). Among other priorities, the Social Democratic party focused on ensuring greater inclusion of women in the management of public enterprises, a higher involvement of NGOs in policy-making and support for youth policy. The party seeks to maintain a unified policy with NATO and EU Member States in defense of its Eastern partners and in response to the aggressive actions of Russia. Moreover, the party expressed support for Ukraine, Moldova, Georgia and its Euro-Atlantic integration aspirations, it encouraged the reforms in this region and it even expressed the desire to provide assistance. Another relevant foreign policy priority is to achieve successful negotiations for Lithuania to become a member of the OECD and a greater cooperation with the Nordic countries, Baltic states, and Poland.

Although the party had an extensive political program, it clearly lacked a youth dimension. As a result, the political party was not appealing to young people.

Immediately after the elections, the Social Democratic party was seen as one of the most likely coalition partners for the Lithuanian Peasant and Green Union. A couple of weeks ago the Peasant and Green Union finished the negotiations with the Social Democratic Party. The two parties agreed on the main priorities as follows: addressing the demographic challenge, in particular emigration and the low birth rate, as well as fighting against poverty and social exclusion. These are the key issues where both parties share common views.

Together, the Liberal Movement and the Homeland Union have 45 MPs. Both parties are intensely anti-Russian, and strongly oppose Russian aggression in Ukraine. In terms of European and transatlantic integration, both parties are pro-European and pro-NATO, and aim to foster stronger relations with United States. Cooperation with Poland, the Nordic-Baltic bloc and Germany was one of the other foreign policy priorities with a special focus on security, economics, and politics alongside other fields.

Moreover, Liberals and Christian Democrats emphasize the need for modernisation of higher education and investment in innovation and science. Liberals also support the possibility to own a dual citizenship and vote online. In fact, both parties aim at having a more open society.

Closer engagement with the young electorate on social media helped to increase youth involvement in political debates. Nevertheless, a weak electoral campaign and a lack of presence in the social sphere had a negative impact on the Christian Democrats’ electoral performance. A recent corruption scandal within the Liberal Movement might have significant and substantively long-term negative effects on citizens’ trust in democracy as well as the party itself.

A high number of young people voted either for Christian Democrats or Liberals, particularly, for young candidates. Almost 50% of voters in Vilnius voted for the Homeland Union and the Liberal Movement. It goes without saying, that social and political processes are taking place in Vilnius faster than anywhere else in Lithuania. Today both liberal and conservative young people find difficulties in accepting the choice of the rest of the electorate.